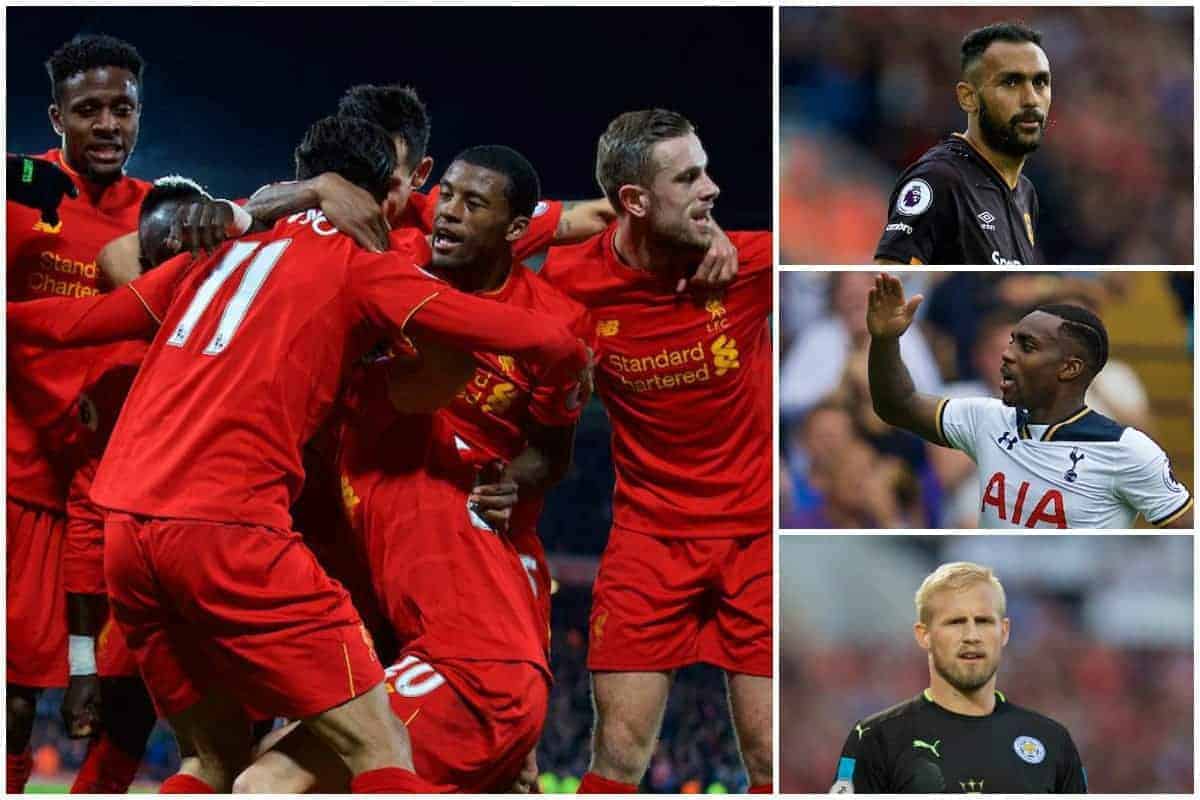 January certainly brought the winter of Jurgen Klopp‘s discontent, and the Reds manager will be hoping February will see his side turn their flagging form around and reinstate their bold ambitions.

Liverpool played nine games in the first month of 2017, but due to their exit from the FA Cup and League Cup, will only play three in the next 28 days, promising a shift in focus.

But what can supporters expect from the first team as well as the club’s youth sides throughout February?

Here, we take a look at what’s to come for Klopp’s Reds, along with the month ahead for Mike Garrity, Neil Critchley and the rest of the academy staff. Assessing Liverpool’s form over their last 10 games leads to a brutal portrait of their decline since the turn of the year.

After sealing a strong victory over Man City on New Year’s Eve, the Reds have taken just one win from nine, with that coming away to League Two outfit Plymouth Argyle in the FA Cup third round.

Klopp’s side suffered two defeats to Southampton in the League Cup semi-finals, as well as demoralising losses to Swansea City in the Premier League and Wolves in the fourth round of the FA Cup.

Their 1-1 draw at home to league leaders Chelsea on January 31 provided a shimmer of hope, however, and after a spirited display against the Blues, it is all about how Liverpool build on that.

With just three games in February, they can hope to fully prepare for each one, much as they did in the opening months of the season—and will be buoyed by the fact they are unbeaten against Hull, Spurs and Leicester this season so far.

Central to this will be the restoration of the four-pronged attacking line that fuelled their excellent run in 2016: Adam Lallana, Philippe Coutinho, Sadio Mane and Roberto Firmino.

Due to injury to Coutinho and Mane’s spell with Senegal at the Africa Cup of Nations, the quartet haven’t played together since the 6-1 win at home to Watford on November 6.

When they have played together in the Premier League, Liverpool have won seven and drawn three, and are yet to suffer defeat, while Mane and Firmino (both nine) are the club’s top scorers in all competitions.

If the Reds are to rewrite their form in February, the chemistry between Lallana, Coutinho, Mane and Firmino will be key.

The Liverpool U23s have been in excellent form so far this season, sitting third in Premier League 2 and still harbouring hopes of success in both the Senior Cup and the Premier League Cup.

Unlike their senior counterparts, the games will come thick and fast for the Young Reds throughout February, and Garrity has a task on his hands to balance an ever-shifting squad.

With the likes of Trent Alexander-Arnold, Ovie Ejaria and Ben Woodburn regularly called up to the first-team squad, along with more established names such as Kevin Stewart, Garrity’s selection is rarely consistent.

But in their place will no doubt come some exciting new faces, such as U18s striker Rhian Brewster, who scored on his debut for the U23s against Ipswich, and is tipped for a bright future. As with the U23s, the Reds’ U18s have lost just once in their last 10, and are second in the U18 Premier League, seven points behind league leaders Man City having won 12 of their 18 games

The changing dynamic of Garrity’s squad could have an impact on those available for Critchley, too, most notably Brewster, but also potentially Conor Masterson, Paulo Alves and Yan Dhanda, among others.

There are more where they came from, however, and this could serve as an opportunity to blood some of the club’s U16 stars, with Steven Gerrard’s arrival as youth coach providing the ideal mentor for those making the step up.