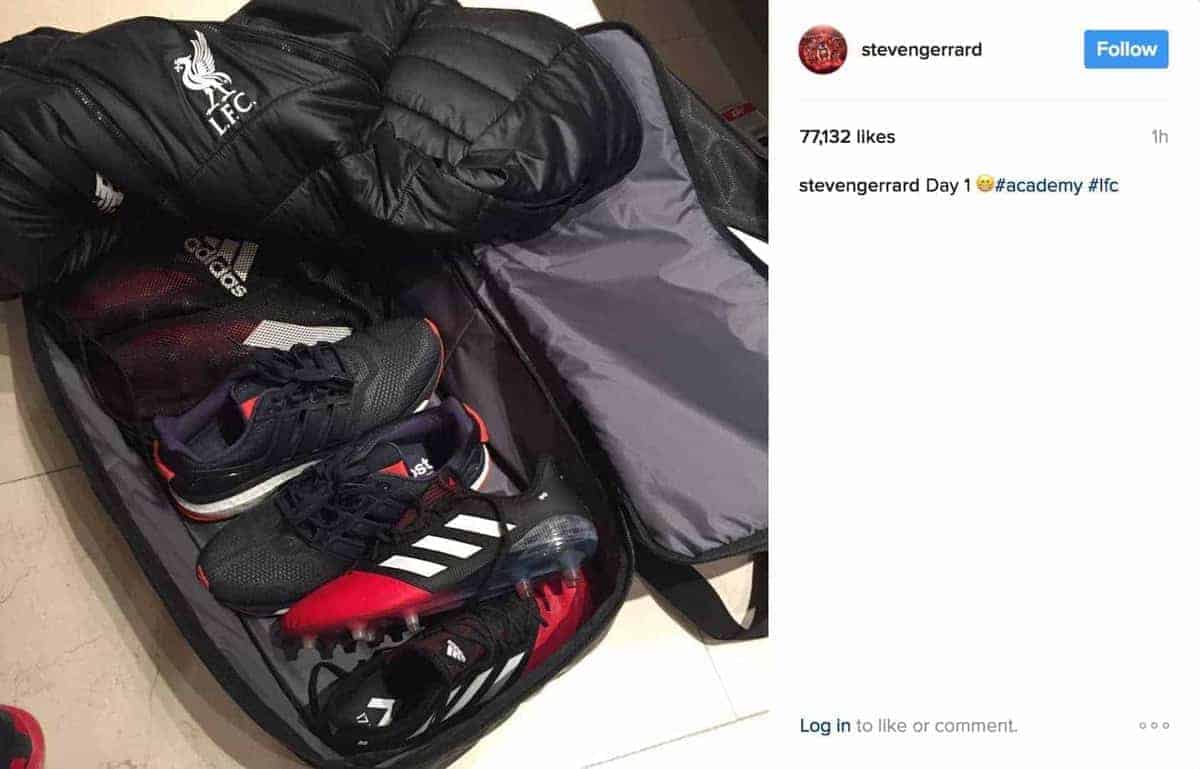 Steven Gerrard has reported to Liverpool’s Kirkby academy on Wednesday morning, to begin his career as the Reds’ new youth coach.

Gerrard was unveiled as the latest member of Liverpool’s academy staff towards the end of January, with his duties beginning on Friday morning.

The long-serving former Reds captain will take up a varied role at Kirkby, working with groups from the U6s to the U23s, before establishing his own group in the future.

Kicking off his first day early, Gerrard took to Instagram to mark the occasion, clearly unable to contain his excitement.

He will be met by academy director Alex Inglethorpe and former youth mentor Steve Heighway on Wednesday, with the 36-year-old revealing his anticipation on the announcement on his return.

“I am also looking forward to still having a connection with the first team and staff at certain points as well.

“I am here to learn off them all and I couldn’t learn off better people.

“We’ve got an incredible academy full of top-class talent and I am so excited to get involved in it.”

He starts his new role at the Academy today! pic.twitter.com/Vr2ACz4zST

Gerrard’s return has been one widely praised by Liverpool supporters, and academy director Inglethorpe has also explained how he believes it is a positive move by the club.

“Steven possesses many qualities that you’d want our young players to have access to,” he continued.

“Of course he is got a wealth of football knowledge. I know he understands the journey that a player is going through.

“When you’re with him and seeing the old photographs and asking questions of what he was like when he was 16, his Youth Cup disappointments, his debut or how he had to survive his first 10, 15, 25 games, there is a clear empathy there for what the young players are going through.

“There within probably lies the making of a very good academy coach.”

The Reds’ academy is packed with excellent young prospects at present, from Curtis Jones and Rhian Brewster, to Yan Dhanda and Adam Phillips, to Trent Alexander-Arnold and Ovie Ejaria.

Gerrard’s arrival gives those players the ideal role model, and this can only be seen as a strong development by the club.