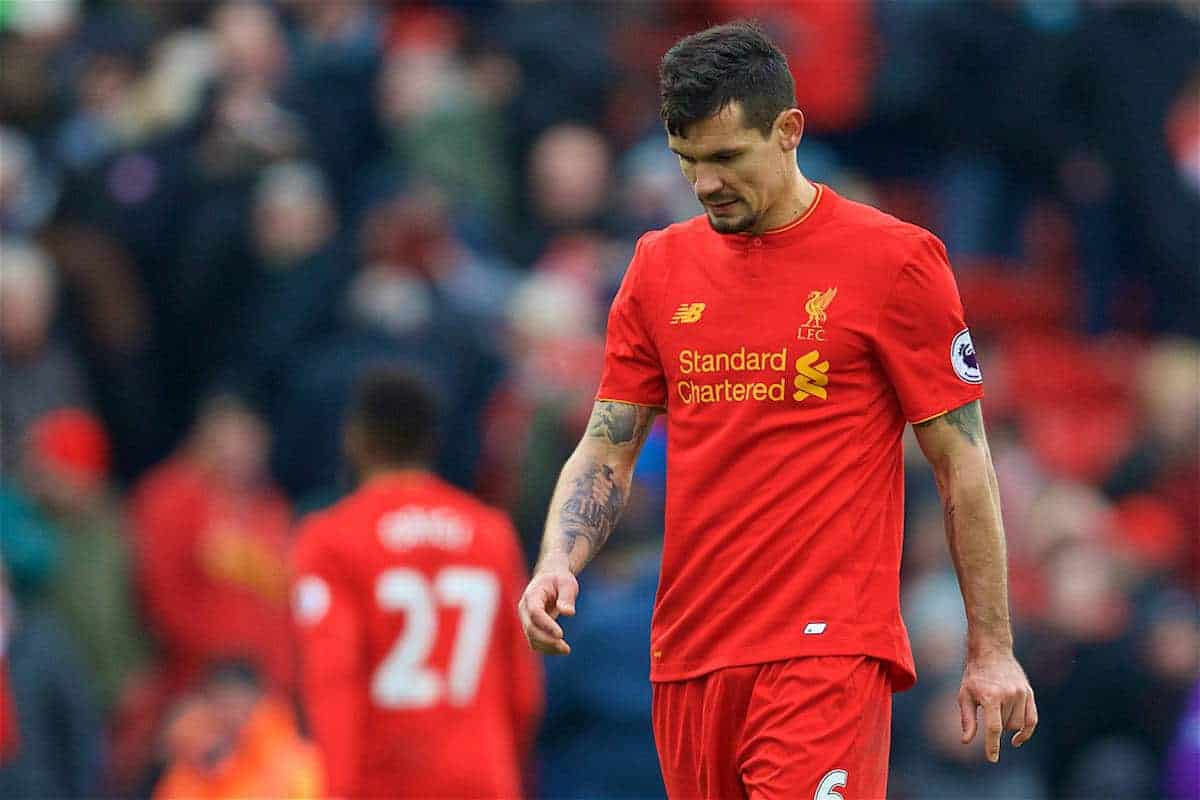 Dejan Lovren remains a doubt for Liverpool’s Premier League clash with Tottenham Hotspur on Saturday, due to a persistent knee problem.

The Croatian sat out of the Reds’ 2-0 defeat away to Hull City, and after two days’ rest for Jurgen Klopp‘s squad, it is still uncertain whether he will be able to return to training.

Klopp gave his side a break following the loss at the KC Stadium, deeming downtime crucial as Liverpool search to recapture their form.

But according to the Liverpool Echo, while his team-mates have reconvened at Melwood on Tuesday, Lovren is instead set for the treatment room, with the centre-back due a scan.

This is to determine whether Lovren has suffered a ligament injury or it is simply a knock, with the latter clearly preferable, as Klopp faces further uncertainty in his starting lineup.

Lovren has picked up more separate injury problems than any other player in the Liverpool squad so far this season, though he has only missed four games in the league so far.

He has established himself as one of Klopp’s first-choice centre-backs alongside Joel Matip, who has also struggled with his fitness this term.

Ragnar Klavan, Lucas Leiva and Joe Gomez would be options against Spurs if Lovren is ruled out. There is cause to argue that Gomez is ready to start again in the Premier League, after over a year out of the English top flight due to a nightmare ACL injury suffered in 2015.

He has since returned to the fray and made three appearances for the first team, as well as being named on the substitutes’ bench on a further three occasions.

But he has also continued to turn out for the Liverpool U23s, most recently in Sunday’s 3-2 victory at home to Spurs.

Gomez signed a new five-year contract with the club in January, underlining Klopp’s faith in him, as well as the player’s commitment to the cause on Merseyside.

He is still only 19, however, and it could be that Klopp opts for experience instead, fielding Lucas alongside Matip at the KC.

Danny Ings (knee) and Adam Bogdan (ACL) are Liverpool’s only long-term absentees, with Marko Grujic (hamstring) providing a positive update on his fitness on social media at the weekend.