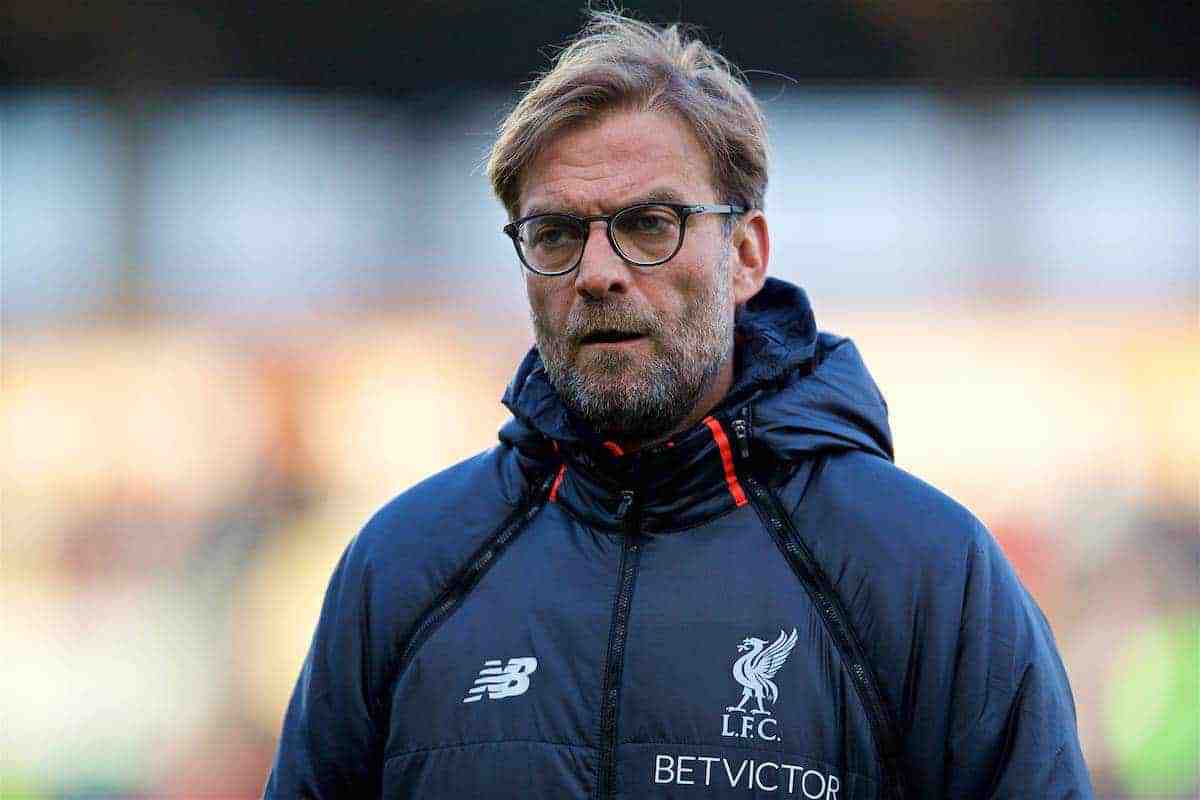 Jurgen Klopp is convinced his Liverpool side will rise to the big occasion once again when they bid to get an increasingly challenging season back on track against Tottenham next weekend.

Klopp may be permitted a sigh of relief over the stature of the Reds’ next opponents after their dismal recent record against the Premier League‘s so-called lesser teams continued in Saturday’s 2-0 defeat at Hull.

A goal in each half from Alfred N’Diaye and Everton reject Oumar Niasse extended Liverpool’s calamitous run since the start of 2017 to just one win in 10 in all competitions and suggested they will struggle to keep their grip on a Champions League qualification place.

While Klopp admitted he remains baffled by his side’s inability to polish off the division’s smaller sides, he has not lost his faith in their ability to fight back when the test appears to tougher.

Klopp said: “In a few days we have another opportunity to play football and we can show then that we are ready for all the other games, because it’s Tottenham, who are a top team in the league.

“I think it would make sense for us to play our best in this game, and then we have to prove the other thing (that Liverpool can beat the lesser sides) later in the season.

“We have to show it’s not like this. This week we had a really good performance (against Chelsea) but obviously we didn’t build on it. So we will have to take the criticism from everywhere.”

Klopp admitted to particular frustration with another below-average first-half performance, but will have good reason to be equally concerned with his side’s inability to recover the game after the break.

But for two glaring misses from Philippe Coutinho and some resolute Hull defending, it might have been different, but ultimately the Tigers sealed their win when impressive debutant Andrea Ranocchia threaded a long ball from which Niasse struck a gleeful second six minutes from time.