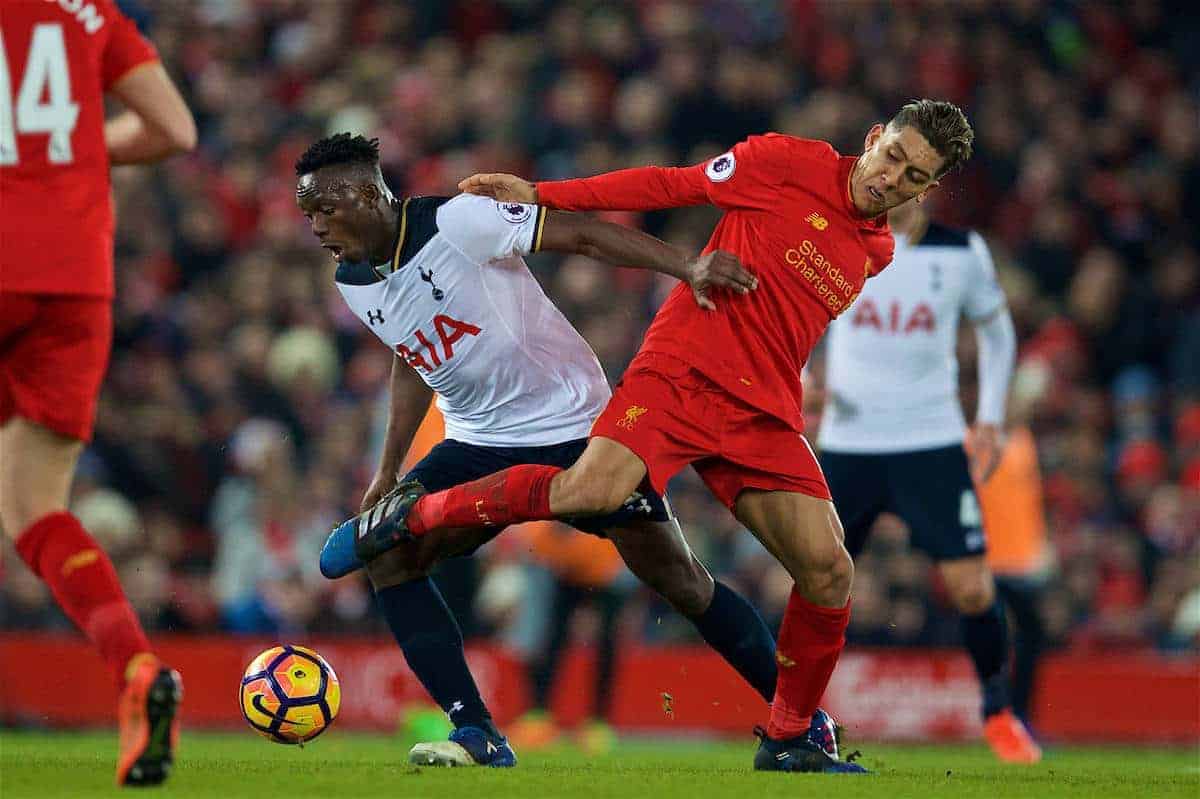 Jurgen Klopp hailed Roberto Firmino‘s performance in Liverpool’s 2-0 win over Tottenham Hotspur as “outstanding,” despite his failure to score.

Two goals from Sadio Mane sealed a comfortable win for the Reds against their top-four rivals—their first in the Premier League since beating Man City 1-0 on New Year’s Eve.

After an excellent all-round performance from Klopp’s side, the German was rightly positive during his post-match press conference at Anfield.

And while Mane was certainly deserving of praise, it was his fellow attacker, Firmino, who stood out for the manager.

“It’s no problem for me to talk about such a wonderful performance from Sadio tonight,” he said.

“But actually, Roberto Firmino, I’m not sure that I’ve seen a lot of better games from a striker without scoring.

Firmino was not the only player earmarked for praise by the 49-year-old, however, with Klopp noting a host of “good individual performances,” and their importance to securing the result.

“All the midfielders, everybody. Joel Matip improved in the game,” he continued.

“You could in the first half he struggled a little bit, and it was important to then really stay in the game.

“A little more concentration, getting more used to the situation and it was a really good performance in the second half.

“So I saw a lot of good individual performances tonight, which is important otherwise you can’t win against a team like Tottenham.”

From Simon Mignolet in goal to Firmino in attack, Liverpool were in top form at Anfield on Saturday evening, blitzing their rivals in a statement performance.

If they are keep up their push for Champions League qualification, this must continue, with the Reds’ next outing coming away to Leicester City on January 27.