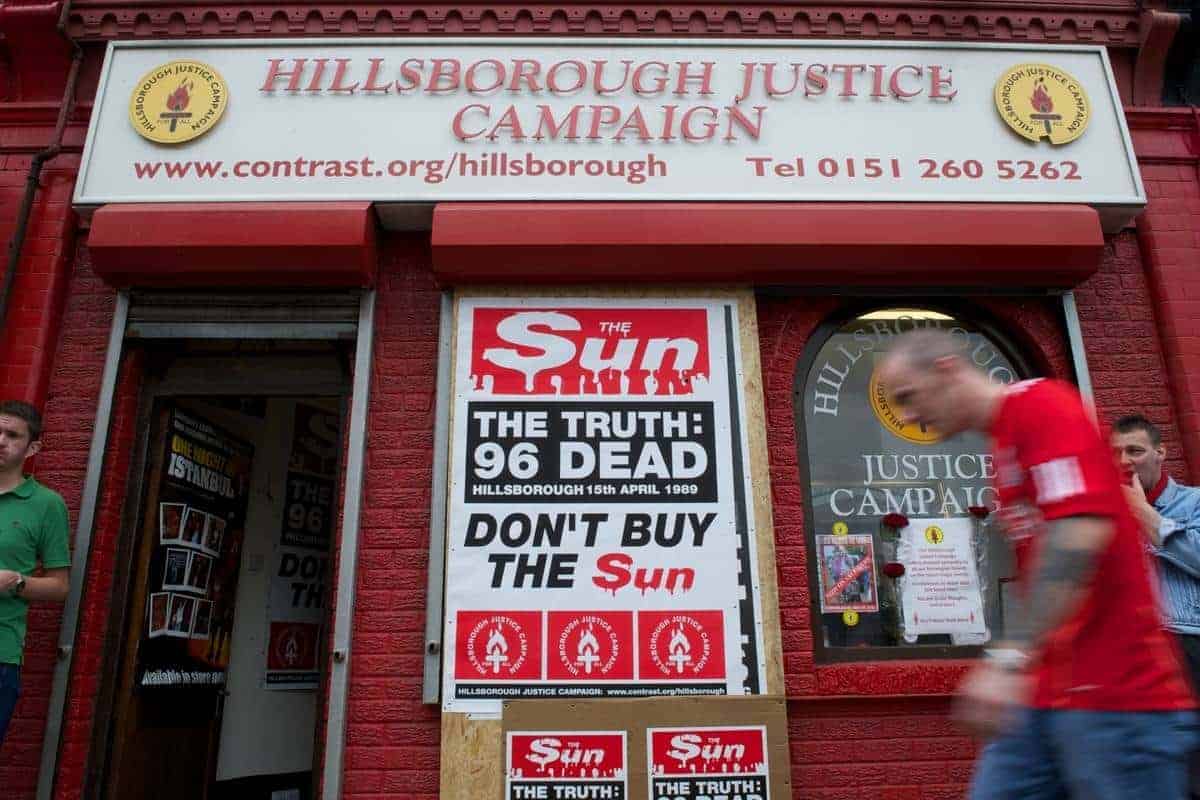 Liverpool Football Club have banned the S*n and its reporters from Anfield and Melwood, after holding positive talks with a supporters’ group.

The city of Liverpool has boycotted the publication since 1989, after their loathsome coverage of the Hillsborough disaster and the resulting investigation.

But while the club had blocked the S*n from exclusive interviews with Liverpool players and managers ever since, reporters were still able to attend Anfield for games, and Melwood for press conferences.

That has changed on Friday, however, with the club banning access to both the stadium and the training ground with immediate effect.

This comes after discussions with the Total Eclipse of The S*n campaign, who announced the news via their Twitter account:

According to the Guardian‘s David Conn, “Liverpool were approached by the campaign, then discussed with families the possibility of withdrawing accreditation from the paper.

“The families are understood to have said that they did not believe the Sun should be given access to the club, which was supported by all the 96 people who died, given the damage its coverage did days after the disaster.

“The decision to ban the paper was taken on Thursday night.”

The move comes 10 months after a jury in the inquests finally delivered The Truth, concluding that the victims of the Hillsborough disaster were unlawfully killed.

This shows the continued backing of the club to the city, its supporters and their values, and will no doubt be welcomed by the whole footballing community.