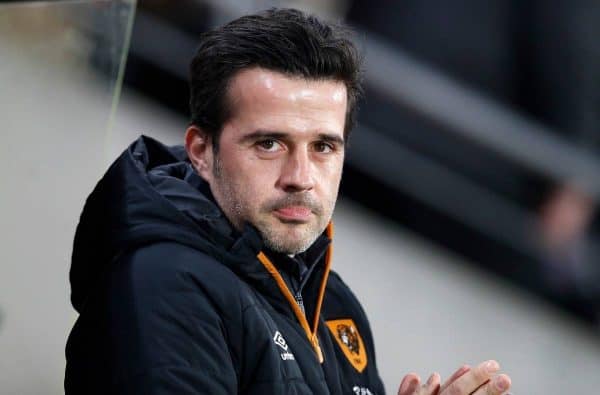 Having finally put an end to a terrible losing streak, Liverpool are looking to get back to winning ways in the Premier League as they take on Hull City this weekend, with the Tigers enjoying life under new boss Marco Silva. Here’s everything you need to know about the Reds’ opponents.

The change of manager has meant a change of system… every game, so far. Hull matched up Chelsea‘s 3-4-3, if rather more defensively minded, and went toe-to-toe against Manchester United’s 4-3-3, though again it was often a more compact, withdrawn, 4-1-4-1 variation.

While the formation is fluid, they’ll be organised and determined, well-drilled and quick to close down spaces, if the “new manager bounce” they’re experiencing lasts over the weekend.

Direct balls to the front man, bodies in the box off crosses and all the set pieces they can muster will be the order of the day.

Everton flop Oumar Niasse is bound to pull something random and world class out of the bag against Liverpool, and while he can look wild and ungainly, there’s obviously some Paulo Wanchope-esque magic in there with his control and movement at times.

The work rate in midfield can see Hull win the ball and flood forward in numbers at times, and that is something Liverpool have struggled with outrageously in recent weeks.

The moment of transition is key in both directions, and the Reds must be well set-up to cope and close out spaces against the counter.

A host of new signings in quick succession means it’s an unfamiliar squad playing with each other, while the absence of a few key attacking players should, in theory, give the Liverpool back line an easier time of things.

Hull have conceded 47 times, more than two per game, but goalkeeper Eldin Jakupovic had a worldie against Man United recently.

Clinical finishing is a must. If they play with a back three, runs behind the defensive line will be critical for Liverpool, especially with runners from midfield such as Gini Wijnaldum or Adam Lallana.

Finally, look to centre-back Harry Maguire and his marauding runs out of defence with the ball…then challenge him quickly, win possession and play into the gap he has left exposed.

Just to see exactly how much of a difference he can make, Sadio Mane could make his first start after AFCON duty—and Kopites will be looking to the Senegalese star to have a big impact.

Liverpool will dominate possession, more than likely, so finding the penetration with movement off the ball is imperative and Mane can provide that.

Jakupovic was the main man in Hull’s last game, and could well be asked to repeat his heroics.

Lazar Markovic is on loan from the Reds so is unavailable, while Curtis Davies, Markus Henriksen, Dieumerci Mbokani and Will Keane are all injured. Ryan Mason is still recovering from a fractured skull and Ahmed Elmohamady is still on AFCON duty.