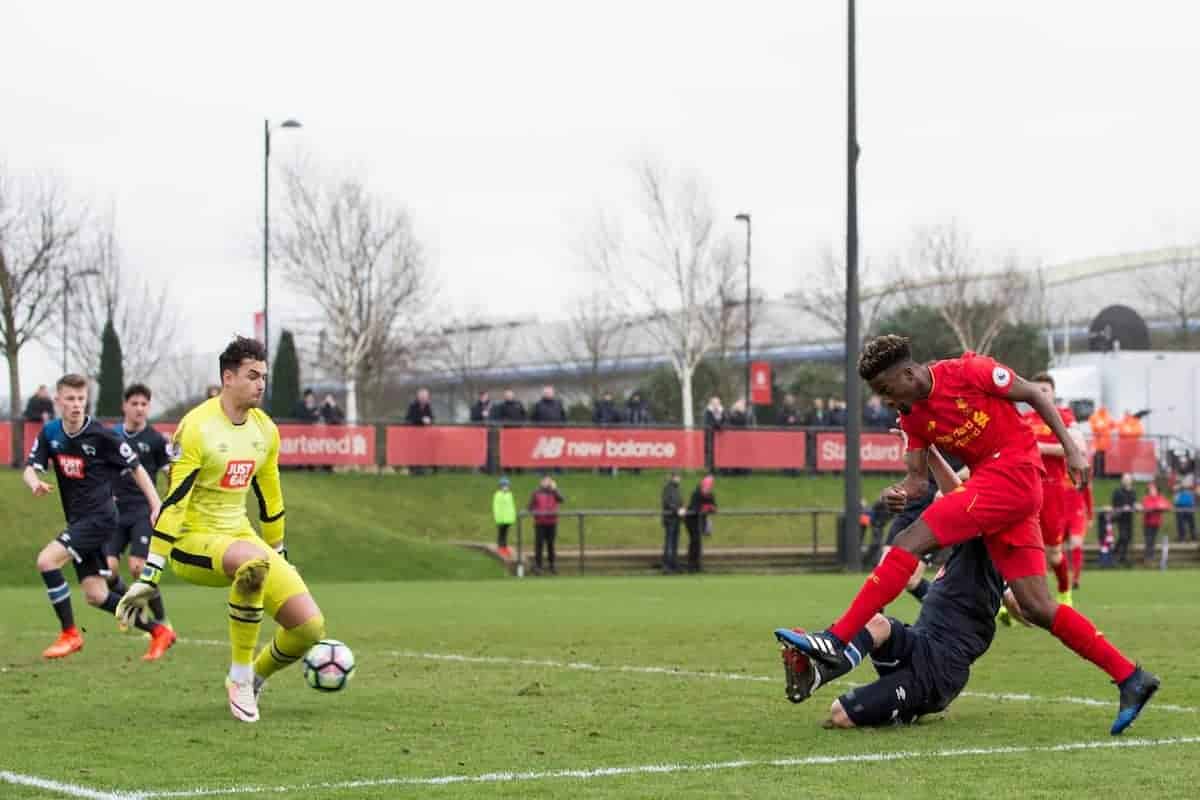 An inexperienced Liverpool Under-23s lost 2-1 to Derby County at the Kirkby academy on Sunday.

With the likes of Trent Alexander-Arnold, Connor Randall, Joe Gomez, Sheyi Ojo, Kevin Stewart, Yan Dhanda, Conor Masterson, Harry Wilson and Ben Woodburn all away with the first-team squad in Spain, U23s boss Mike Garrity was without most his regular players.

Liverpool went behind early in the second half but equalised when a Reds’ corner was cleared into Derby’s own net.

It looked like the home side would then go on to get the winner, but a sucker punch arrived in the 90th minute when Derby scored on a breakaway. A not unfamiliar story for the first-team last month.

With so many U23s’ regulars absent, it represented an opportunity for players such as Sam Hart, Kane Lewis, Matty Virtue, Jordan Williams and forwards Rhian Brewster, Toni Gomes and Madger Gomes.

Ultimately, it was a game lacking in quality, but will give invaluable experience to those young scholars on the periphery of the U23s squad.