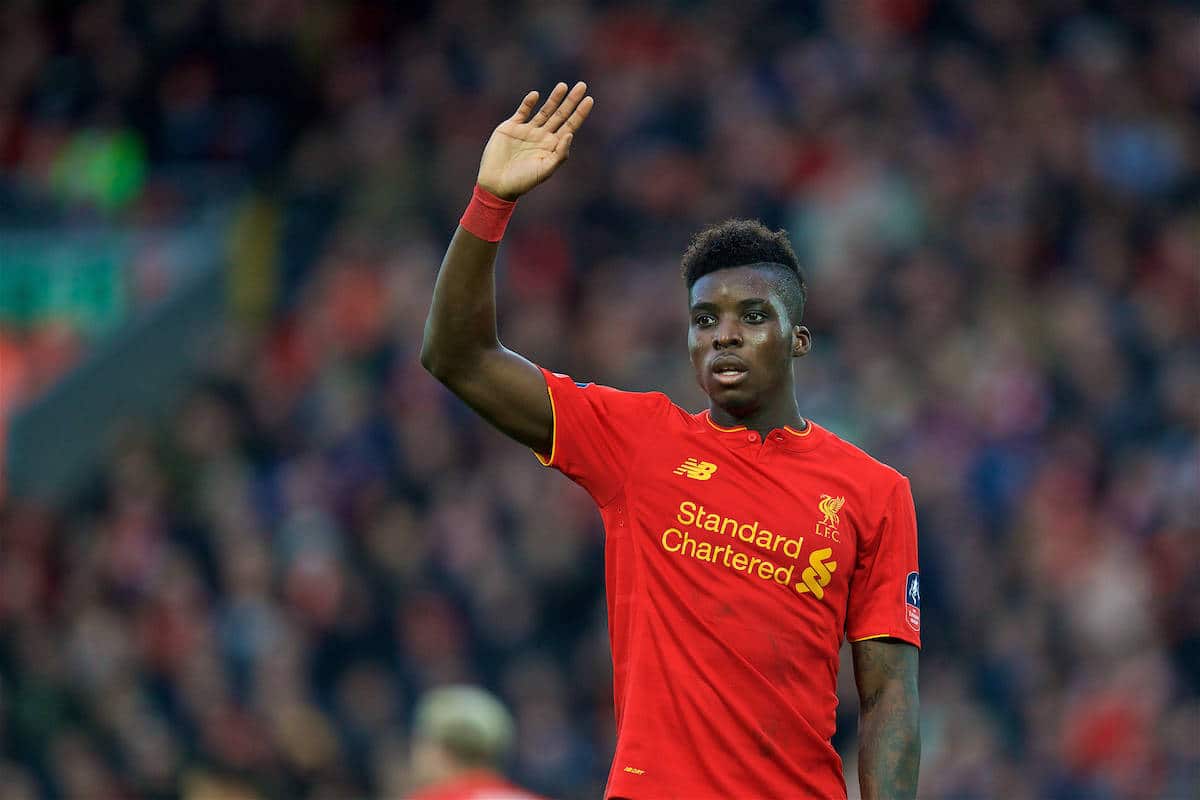 Liverpool U23s winger Sheyi Ojo has been given clear instruction as to how to reimpose himself on Jurgen Klopp‘s first-team squad.

After a struggle with injury in the first months of the season, Ojo looked likely to break back into the senior setup on Merseyside, making his first appearance in January.

But he is yet to add to his 104 minutes on the pitch over two games in the FA Cup against Plymouth Argyle, after struggling to impress, and has dropped back down to the U23s.

And after the 19-year-old scored in the Young Reds’ 3-2 victory over Spurs on Sunday afternoon, U23s manager Mike Garrity revealed the advice both he and Klopp had given Ojo.

“That’s what he can do, and if truth be told, he doesn’t do it enough,” Garrity told the Liverpool Echo.

“He’s well capable of producing those moments. The first-team manager and ourselves are beating the drum every day about him being direct and positive.

“In the second half he played with a lot more direction, he worked really hard and I’m glad he got his goal.” As his performance at Anfield on Sunday showed, Ojo is clearly a very talented young player, with his ability to create something out of nothing rare in the realms of Premier League 2.

But with the likes of Rhian Brewster and Ben Woodburn making waves at U23 level, and both considerably younger, time could be running out for the former MK Dons star to make his mark on Merseyside.

Klopp has already discussed Ojo’s inconsistently on a previous occasion, explaining his decision to omit him from his starting lineup for the replay victory away to Argyle on January 18.

“I thought he made a big difference when he came on, with his speed and there was sharpness involved,” the German said.

“He’s a wonderful player but, without sharpness, it’s nothing.

“I’m happy about their potential and we will do whatever we can to let it grow but they have a big job to do, too.”

Yet to consider Ojo for his squad in the Premier League, Klopp clearly has reservations about the young winger, and with opportunities dwindling in 2017, he needs to impress for the U23s.

As Garrity attests, it is only through consistently that Ojo will surpass Jordon Ibe and establish himself at first-team level.