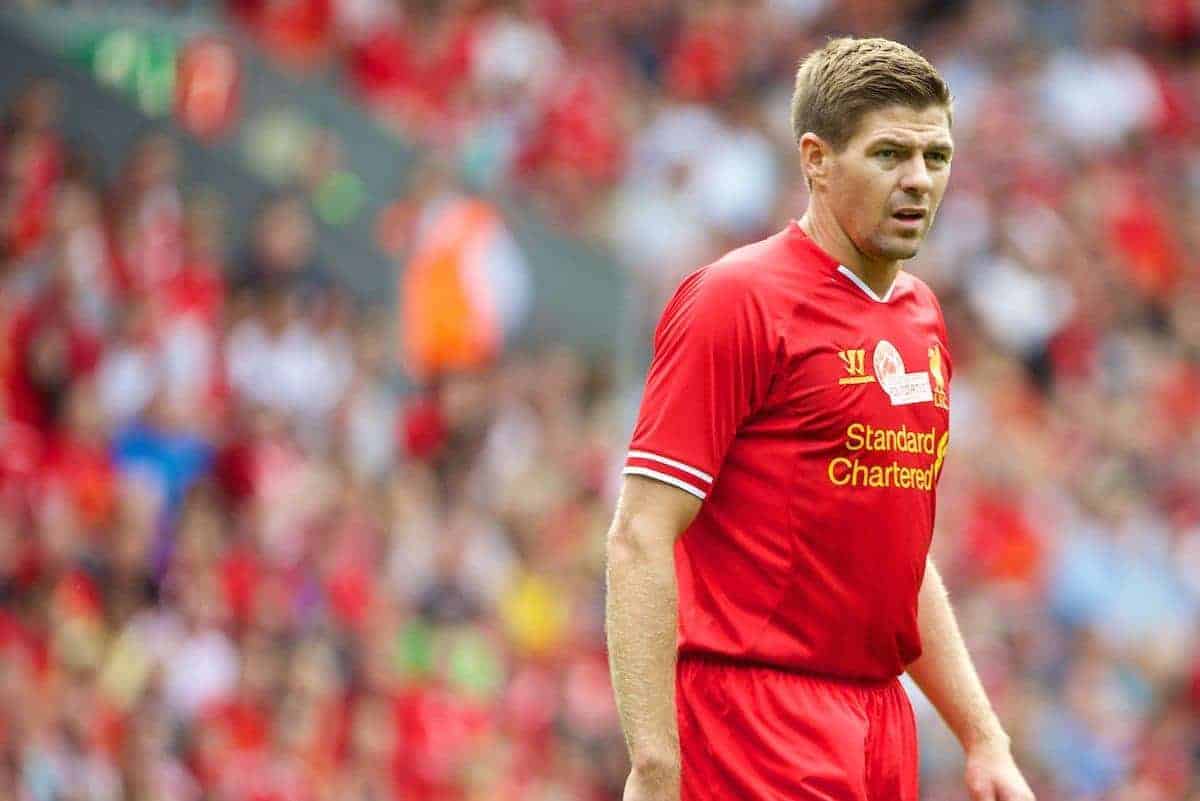 The game will see Liverpool FC Legends take on Real Madrid Legends in the ultimate rematch of the Corazón Classic match which took place in June 2015 at the Santiago Bernabeu Stadium.

The clash will be the first time that Gerrard has played on Anfield’s hallowed turf since calling time on his playing career in November 2016 and joining the Club as an Academy coach earlier this month.

Gerrard said: “I’m really looking forward to playing in the LFC Foundation Legends Charity match—Anfield will always hold a special place in my heart. It’s a real honour to be sharing the pitch with such a great team of legends whilst raising money for the Club’s official charity.”

Liverpool FC Ambassador Robbie Fowler will captain the Reds side with the hope of claiming victory in front of the Kop. LFC’s top goalscorer Ian Rush will also act as player manager for the team.

All proceeds from the match will go to the LFC Foundation—the Club’s official charity. Funds raised will support the Charity’s programmes and partnerships, which aim to improve the health and life chances of children and young people in Merseyside and beyond.

Andrea Cooper, Head of the LFC Foundation, added: “We are delighted that Steven will be joining us for the first official Legends game to be held at Anfield.

“It promises to be a fantastic day for all involved. We hope the fans enjoy watching so many Liverpool FC and Real Madrid greats on the pitch, and raising vital funds to support the work of the LFC Foundation.”