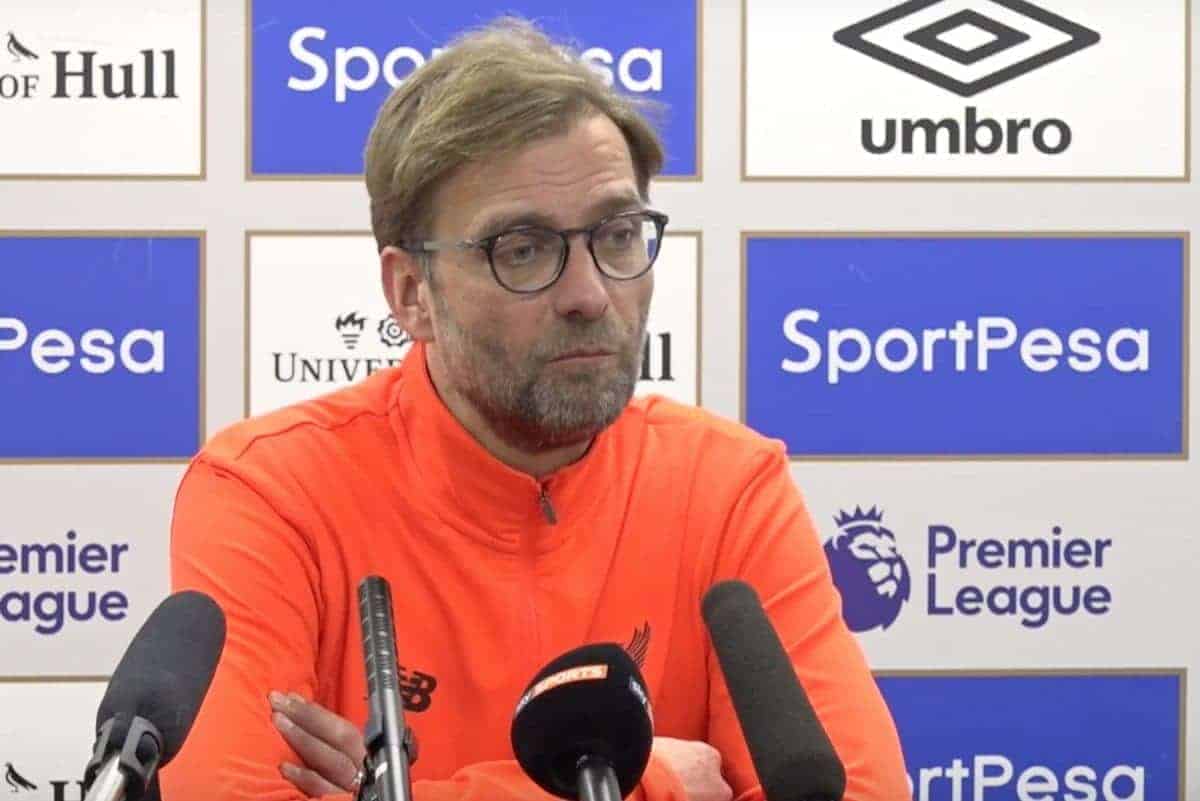 Jurgen Klopp expressed his frustration at his side’s performance as he spoke to reporters following Liverpool’s 2-0 loss to Hull City.

Goals from Alfred N’Diaye and Oumar Niasse consigned the Reds to their fifth defeat of 2017, ensuring they went 13 points behind leaders Chelsea in the Premier League table.

Arguably their worst performance of the season, this collapse at the KC Stadium left Klopp dismayed by his side.

And speaking in his post-match press conference on Saturday evening, the German made his feelings clear in a series of bitter responses.

“We have to take all the criticism. I spoke about expectations and being positive. After this, it is not allowed. We expect more,” he said.

“I want to play better football with my team. You have to show what you should reach in a season.

“Long ago we showed it consistently. We need to show much more consistency [now].

“Champions League is an outstanding, big target. We have to show we are ready.”

Klopp also admitted that “we have to take the criticism,” while he insisted he would study his side’s performance, saying there was a “mixture” of displays throughout his side.

Liverpool’s next opportunity to improve their form comes at home to Spurs on February 11, with Mauricio Pochettino’s side one of their clear rivals for a top-four finish come May.

After humiliation in Hull, the Reds will be huge outsiders ahead of that evening, with Klopp stressing that “the game has to wake us up.”