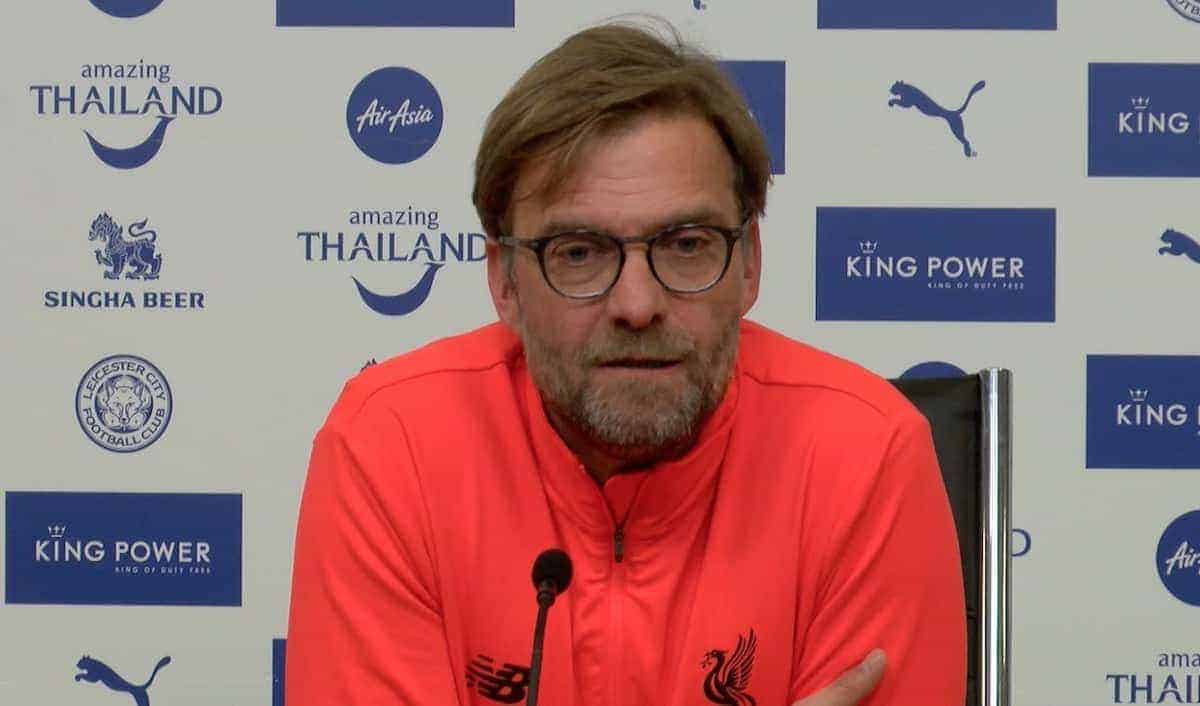 Watch Jurgen Klopp speak to the media after Liverpool lost 3-1 to Leicester City to hand the Foxes their first league goals and first win of 2017.

Two goals from Jamie Vardy and another from Danny Drinkwater gave Leicester the three points, in a thoroughly depressing but completely inevitable defeat.

While Leicester were improved from their recent form, Liverpool failed to stand up against another relegation threatened team.

“We can’t blame anyone else for this performance, we don’t want to look for excuses. We have to react – and react. It’s happened too often.”

Klopp pointed to Leicester‘s style of performance being predictable.

“It was 100% clear what would happen, what line-up Leicester would choose, how emotional they’d be. In the end it was not that intense.”