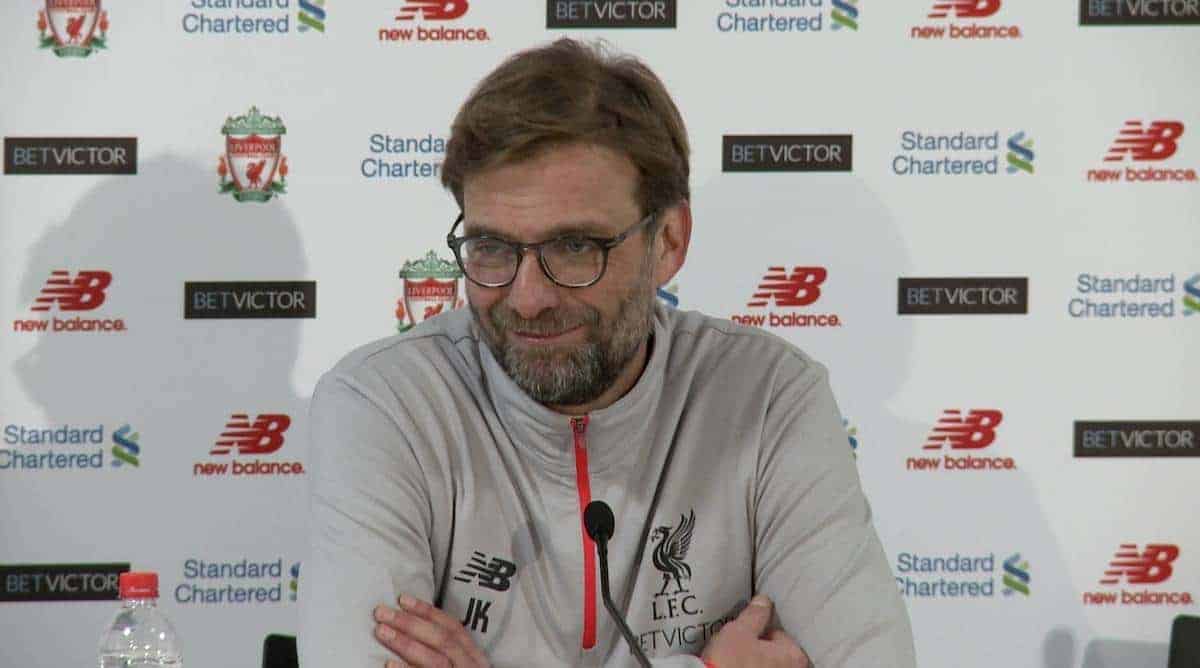 Watch Liverpool boss Jurgen Klopp speak to the media after his side beat Tottenham 2-0 at Anfield in the Premier League.

Two first half goals from Sadio Mane, scored within two minutes of each other, gave Liverpool the three points.

Klopp was understandably “very” happy with the result and performance of his team, bouncing back from defeat at Hull City last week and, at least temporarily, moving back into the top four.

“We knew we had to show a reaction. Second half was another game, Tottenham changed formation. We did really well with it. Concentrated.”

The boss reserved praise for forward Roberto Firmino, who wasn’t on the scoresheet but was influential.

“I’m not sure I’ve seen a better performance from a forward without scoring,” praised Klopp, noting the Brazilian still sprinting in the 92nd minute.

He added: “I know when we struggle and the reasons why. But now we are back in this race and must use this situation.

“We have to use this. Use the time. Show again that we are there.”