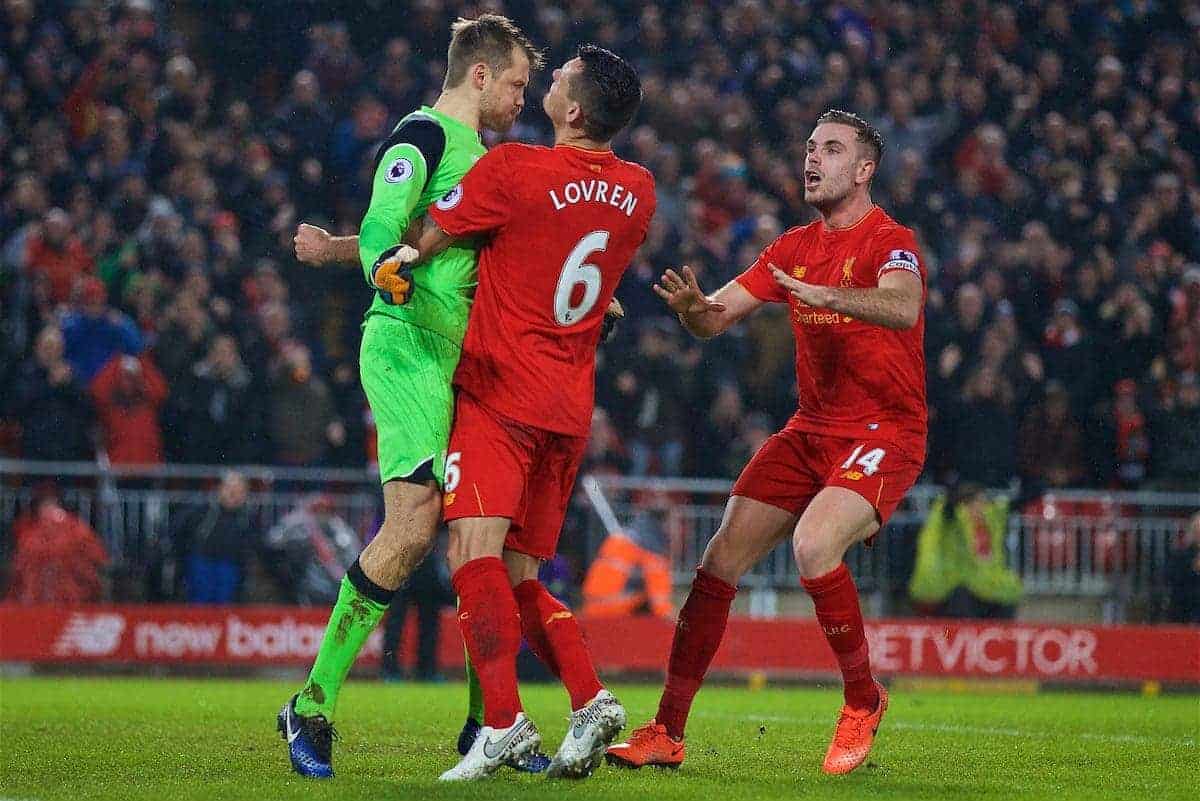 Simon Mignolet‘s penalty save in Liverpool’s 1-1 draw at home to Chelsea was one of many excellent stops from Reds goalkeepers in the Premier League.

Mignolet dived the right way to deny Diego Costa late on at Anfield, to ensure a vital point for Jurgen Klopp‘s side as they look to get their form back on track in 2017.

This was the Belgian’s sixth penalty stop since joining Liverpool back in 2013, having previously denied efforts from Jonathan Walters, Wayne Rooney, Glenn Murray, Sadio Mane and Theo Walcott.

Remarkably, Mignolet has saved more penalties than any other Reds goalkeeper since the Premier League began, and the club marked this with a video package of the best since 1992.

The No. 22’s save to thwart Walters at the death in the first game of the 2013/14 campaign, a 1-0 win over Stoke City, took pole position, and looking back on his catalogue of saves, Mignolet chose that as his favourite.

“The one on my debut, of course. I think it’s one of those scenarios you dream of as a kid,” he remembered.

“I don’t think it happens very often as a ‘keeper you can change results or anything like that.

“We can’t score a goal but a penalty save is in some ways a bit similar, so that one is my favourite and one of the moments you will never forget in your career.”