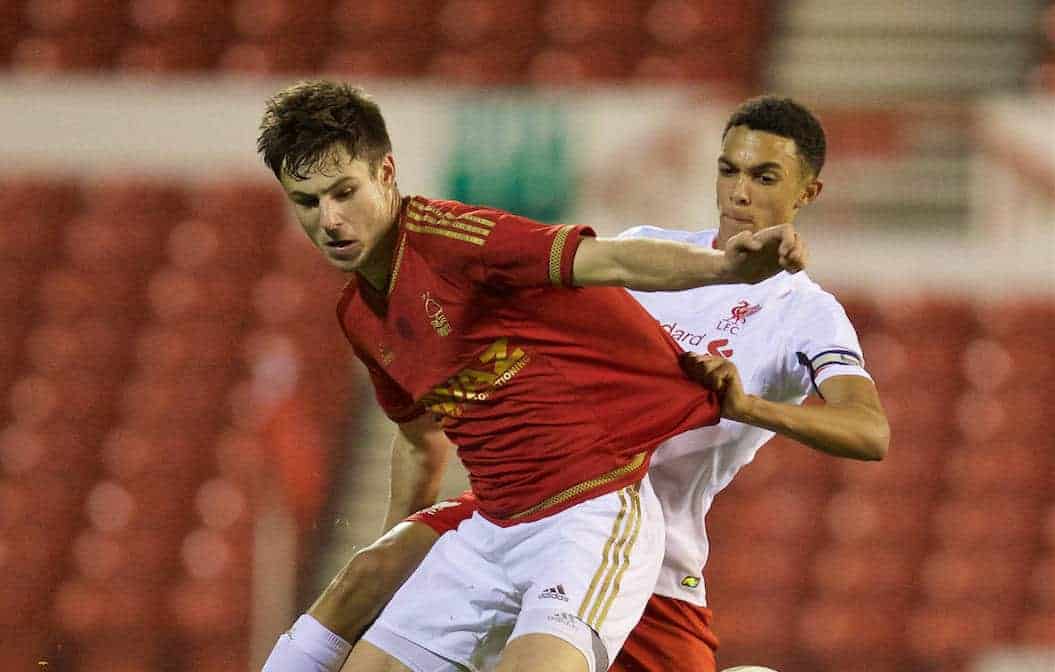 Brereton was the subject of an enquiry from Jurgen Klopp at the beginning of January, with further reports suggesting the Reds made an unsuccessful £2.5 million bid for the 17-year-old striker.

But while Liverpool are expected to revive their interest in Brereton in the summer, they will face a fight to wrestle him from Forest’s clutches.

That is according to Al-Hasawi, who addressed speculation over the future of Forest’s young players in a recent interview with the Nottingham Post.

Asked about the likelihood of Brereton leaving the club, Al-Hasawi asked: “Why would we want to sell him?”

“We have similar players coming through the academy—we have invested money in the academy,” he explained.

“And Gary [Brazil] has done an amazing job, which is why we have good players coming through now.

“We have given Gary everything he has asked for and we now have some good players coming through as a result.

We have very good players coming through, in fact and that is very positive for the future of the club. We want them to play here.” Al-Hasawi’s words are to be taken with a pinch of salt, however, particularly given Forest’s sale of Oliver Burke to RB Leipzig in a deal worth £13 million in August.

They also parted ways with both Karl Darlow and Jamaal Lascelles in 2014, with the duo joining Newcastle United for a combined £9.5 million.

At the time, then-Forest manager Stuart Pearce revealed that “the players were sold without my sanction,” criticising the club’s approach to the transfer market.

“I can’t defend the decision to sell them because it wasn’t my decision,” he continued.

“I could sit here and lie and dress it up a little bit and cover the tracks of one or two individuals, but I’m not prepared to do that.

“Last week, I was asked whether I thought the deal for them going to Newcastle was a good one, and I said ‘no, definitely not’.

“The first I heard this morning was the fact that the players were sold to Newcastle. It’s not a great business decision.”

This highlights Al-Hasawi’s warped concept of commitment, suggesting Liverpool should not be deterred in their efforts to sign Brereton—because Forest are still likely to sell.