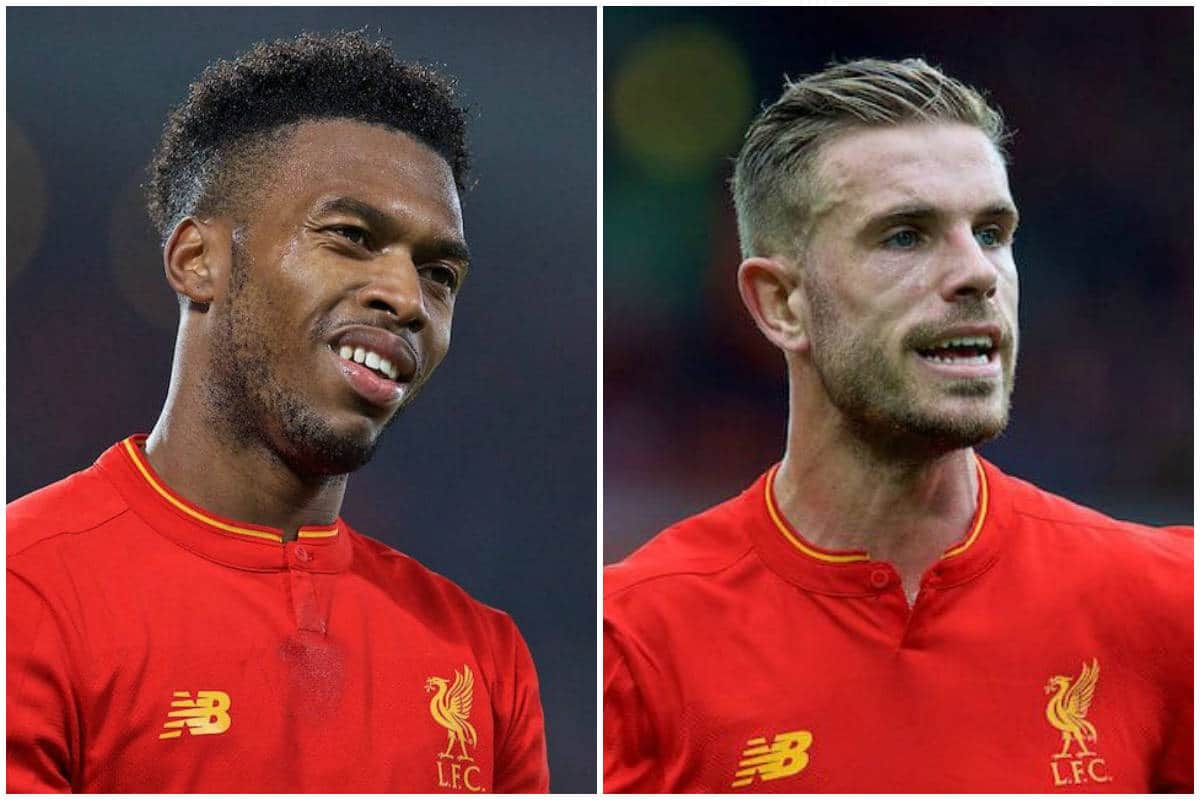 Jurgen Klopp has confirmed that Daniel Sturridge and Jordan Henderson will both miss Saturday’s Merseyside derby against Everton.

The Reds welcome their nearest rivals to Anfield this weekend, in what is a crucial Premier League game for both sides.

Liverpool have been rocked by the news that Adam Lallana could miss up to a month of action with a thigh injury, and two of his compatriots also remain sidelined.

In his pre-Everton press conference on Friday, Klopp confirmed that Sturridge (hip) is definitely out, contrary to some reports, while Henderson (foot) still remains short of fitness.

“No chance”, said the Liverpool manager, in response to a question regarding Sturridge’s availability.

“I heard he’s back to training. He was on the pitch with the rehab coach. He’s in a good way, but no chance.

“Unfortunately Jordan had a little setback. He’s not in team training, that’s how it is. I can’t say how long [until he’s back].

“When we were here last time I said I hoped he could be in training this week. But we have to wait for this.

“It’s only a question of time. Nothing we could do. You can imagine if there’s a little chance he could run he’d do it.

“We can’t take a risk. It’s always too long with injuries. It’s not the best time, but nothing else to do. We’ll wait for the moment when he’s back again.”

It is becoming increasingly frustrating to see two key players struggle with injuries, with both Sturridge and Henderson out for longer than first anticipated.

The Reds have to show they can make do without big names on Saturday, however, in a must-win game against Ronald Koeman’s side.

Victory would be another significant step towards Champions League football, but dropped points could put fresh doubts into the players’ minds.