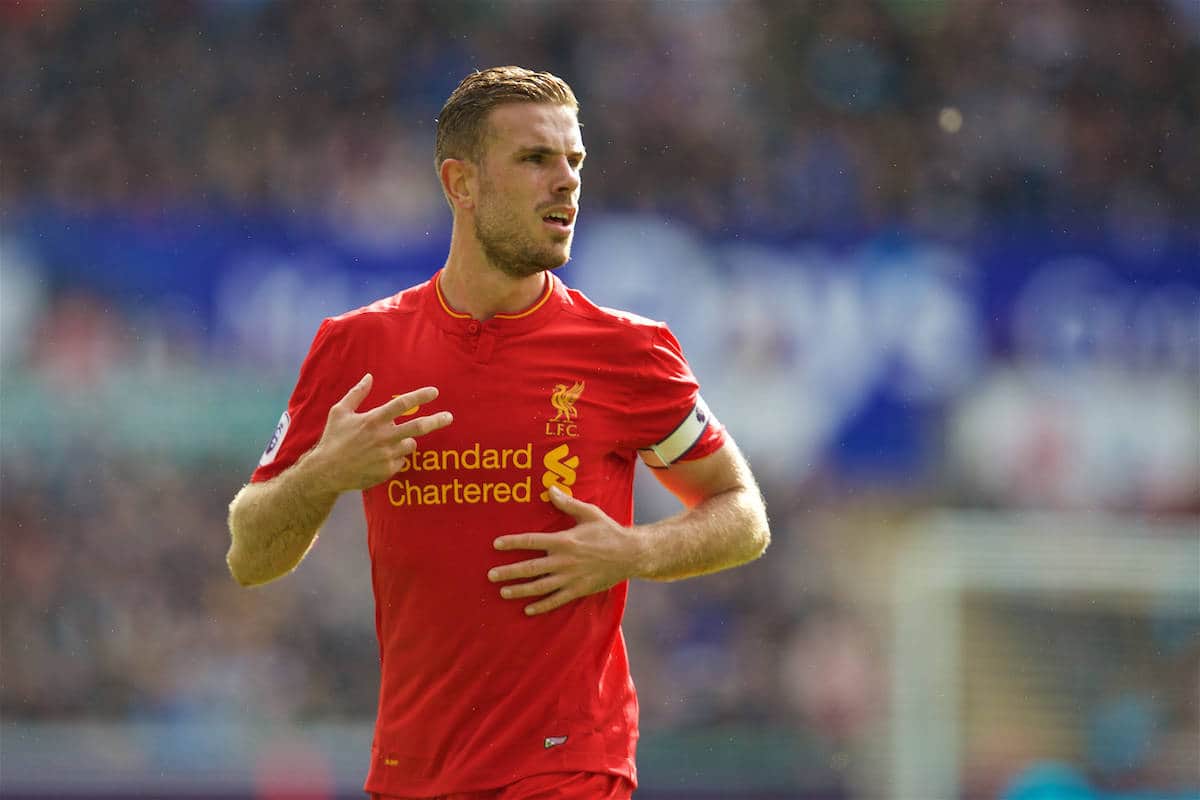 Jurgen Klopp is likely to be without both Jordan Henderson and Dejan Lovren for Liverpool’s next Premier League clash away to Man City.

The Reds take to the Etihad Stadium on March 19, as they look to build on their first back-to-back victories of 2017 with another triumph over their northwest rivals.

Liverpool beat Pep Guardiola’s side 1-0 at Anfield on New Year’s Eve, with Georginio Wijnaldum netting a vital winner early in the first half.

Since then, Klopp has overseen just four wins since then, but three of those have come in their last four outings as performances improve in the pursuit of a top-four finish.

However, Liverpool’s prospects have been hampered by the continued absence of Henderson, who was sidelined with a foot injury in February.

And speaking after Sunday’s 2-1 win at home to Burnley, Klopp admitted the 26-year-old was expected to remain out for the trip to Manchester.

“No chance [he’ll be back], no,” he told reporters at Anfield.

“The [international] break, hopefully, this two weeks, can bring him back. But there’s no game possible at this time, that’s how it is.

“He cannot train, he for sure can’t play against City, and then I think it makes sense that he does rehab.

“Hopefully he can run in the second week of the international break, and then we have to see.”

Another player who could be using this month’s international break for recovery is Lovren, who has picked up his eighth separate injury of the season so far.

After having missed all three games in February with an issue with his knee, the Croatian returned to take his place on the substitutes’ bench in last weekend’s 3-1 win at home to Arsenal.

But he was once again sidelined on Sunday, having suffered a back problem during training in the week.

Ragnar Klavan kept his place in the starting lineup as a result, and coped well after a shaky start against Burnley‘s bullish attacking line.

The Estonian has contributed to wins in all three of his games alongside Joel Matip so far this season, with the duo forming a strong bond at the heart of Klopp’s defence.

This could well continue against City, with the Reds’ other centre-back options being Lucas Leiva and Joe Gomez.

Klopp will be hoping Firmino can return against City, however, having omitted him from his squad on Sunday.