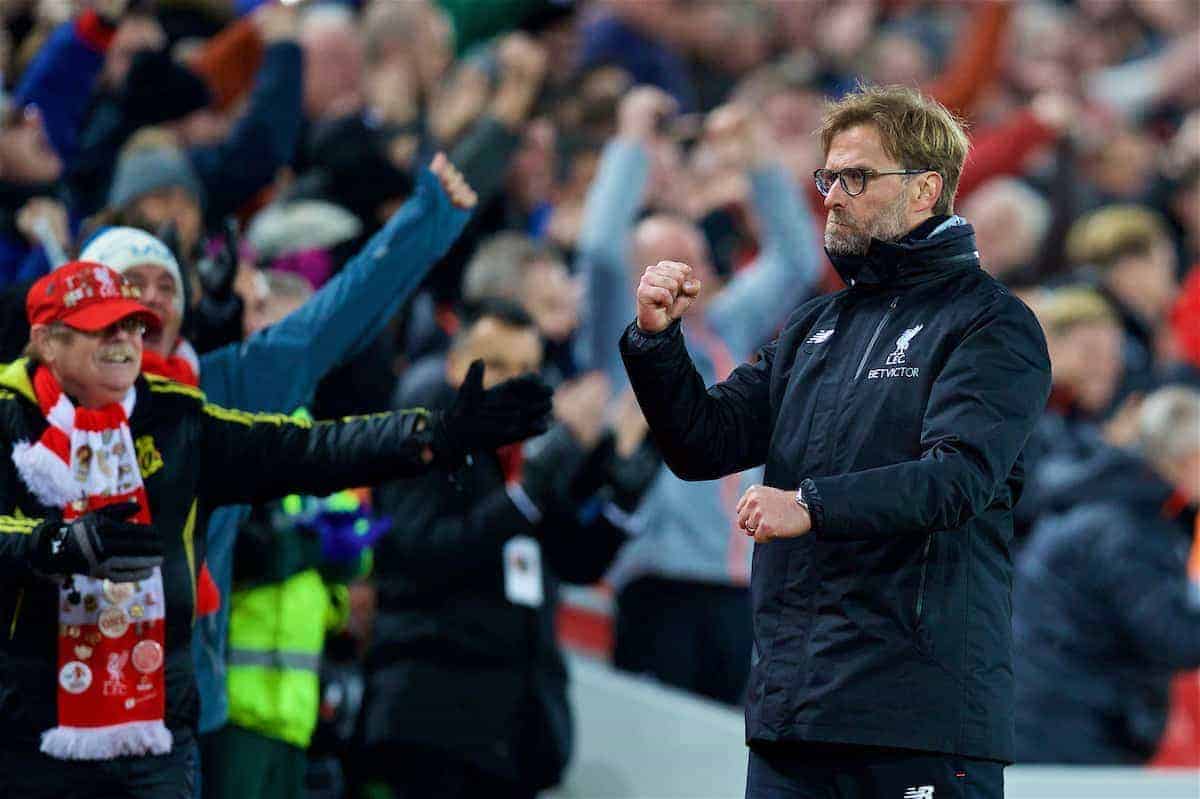 Jurgen Klopp was understandably pleased with what he saw from his side as they bounced back from defeat against Leicester City to beat Arsenal 3-1 at Anfield on Saturday night.

The Reds continued their impressive form against the top six sides in the league, courtesy of goals from Roberto Firmino, Sadio Mane and Gini Wijnaldum.

The win moves Klopp’s side back into the top four at Arsenal‘s expense, into third – at least temporarily, with Man City in action against Sunderland on Sunday afternoon.

First of all, we were absolutely spot-on from the first second in the game,” said Klopp in his post match press conference.

“We played a wonderful first half.

Liverpool’s Jekyll and Hyde nature was again demonstrated in the two games – losing to a relegation contender then beating a top-six rival.

“We are kind of the rollercoaster of the league – a lot of ups and, meanwhile, too many downs,” he said.

Klopp admits such inconsistency is a problem but that it is part of the development of the team under his management.

“I don’t like the fact that inconsistency is part of the deal in the development.

“Usually, you win games and you lose against the big teams because at the beginning, when they are at a higher level, they are smarter and more experienced and you lose the games,” he said.

“We’ve chosen another way but it’s still part of the deal and we know that we have to keep on going – and we will.”

Liverpool must now show some consistency by beating Burnley, who are without an away win this season, at Anfield next Sunday, before the international break.