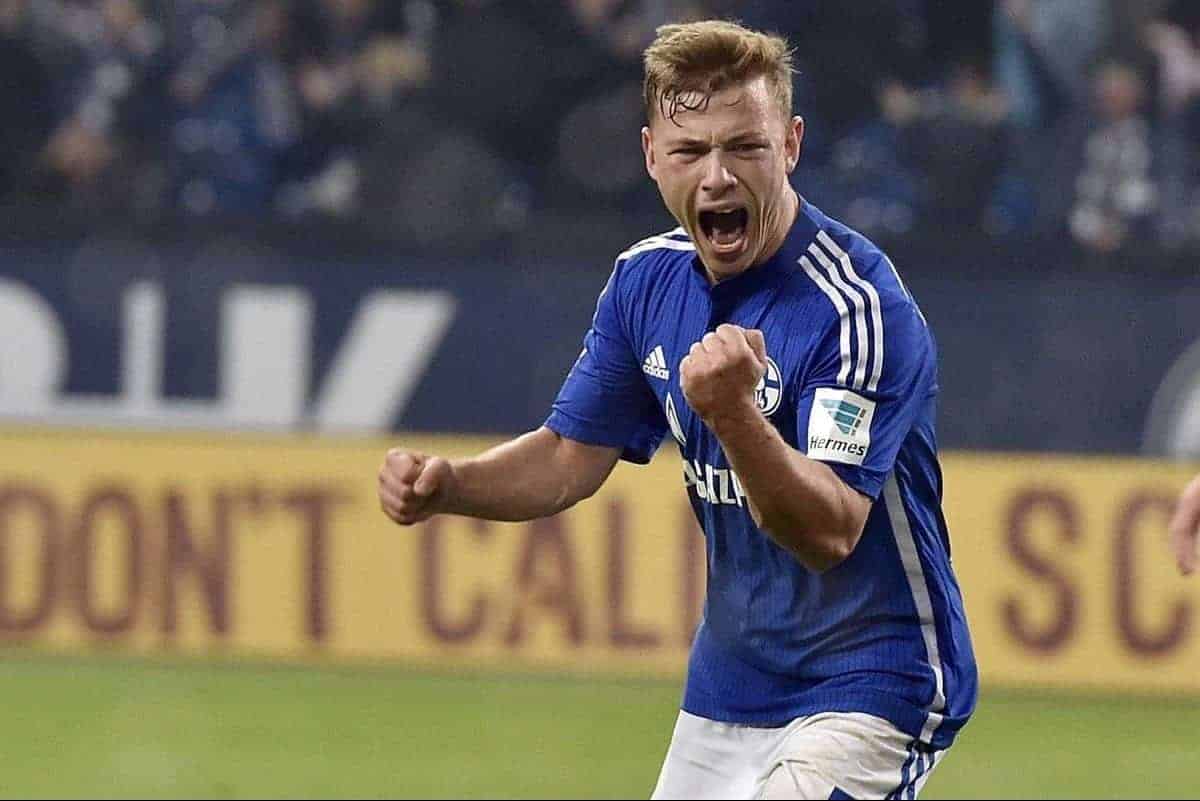 Liverpool have once again been linked with a move for Schalke midfielder Max Meyer, after the 21-year-old hinted at a possible summer departure.

The Reds have already been touted as a potential destination for a host of young creative talents, most recently Barcelona’s Rafinha, and this is unlikely to end any time soon.

Jurgen Klopp is expected to add to his ranks in attacking midfield, to join the likes of Philippe Coutinho and Sadio Mane ahead of a busy 2017/18 campaign.

One player who would present an excellent option for the Reds is Meyer, who is currently mulling over a move away from Schalke.

The Germany international will enter the final year of his contract with the Bundesliga side this summer, but talks over an extension have been put on the back burner.

This comes with the likes of Sead Kolasinac and Leon Goretzka prioritised, leaving Meyer eyeing the Veltins-Arena exit.

And with the youngster admitting he is “50-50” to depart Gelsenkirchen this summer, the Mirror have named both Liverpool and Tottenham as potential suitors.

Furthermore, German publication Bild recently suggested that a deal worth around £17 million would convince Schalke to part ways with Meyer this summer.

Liverpool are a convenient name for tabloids as the summer transfer window approaches, with Klopp’s squad in need of further quality and quantity.

Though this could well be another throwaway tale from the rumour mill, Klopp is known to favour the Bundesliga, having signed Loris Karius, Alex Manninger and Ragnar Klavan already.

And speaking last summer, Meyer lavished praise on the Reds manager, leading to speculation over a possible move.

“I know from the past that he appreciates me as a player,” the Oberhausen native explained.

“After my first derby against BVB—scoring a goal when I was 18—he has publicly expressed praise for me.

“This is a nice feeling when such a great coach says that.”

There is already a mutual appreciation between the pair, and with Klopp in search of reinforcements, Meyer’s ability to play from midfield to attack would be useful.

With Liverpool already looking to exploit Schalke’s shaky contract situation with a move for Kolasinac this summer, a double swoop to include Meyer cannot be ruled out yet.