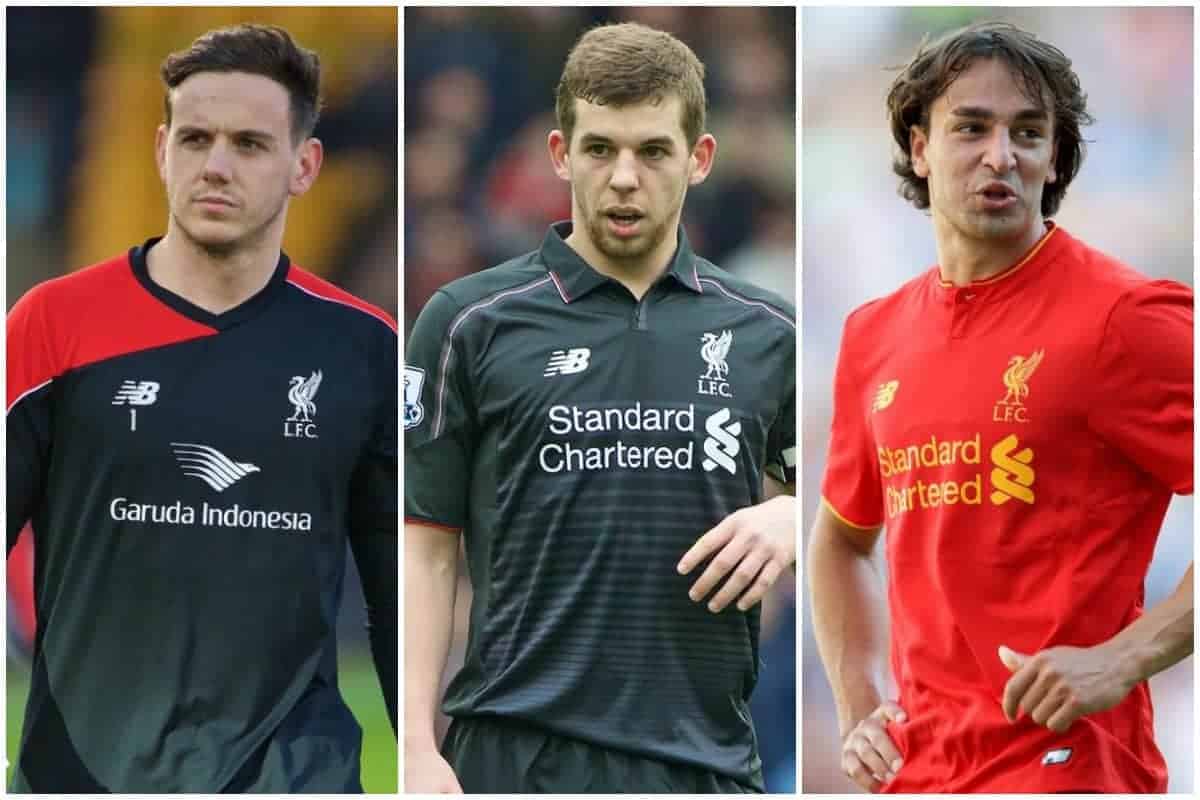 With 13 Reds out on loan across the English leagues and in Europe, we assess who could return to play a role at Anfield next season.

While preparing for one final push in the race for Champions League football is Jurgen Klopp’s main focus currently, the boss will already be formulating squad plans for next season.

Klopp will have kept in mind those plying their trade away from Anfield, with each loanee hoping their temporary spell has convinced the German they can play a part.

So who of the 13 borrowed men can return to an Anfield role?

The Sakho situation has been one of the most disappointing parts of the season and having been without our best centre-back all campaign, Liverpool have perhaps suffered most.

Indeed, the Frenchman’s January move to Crystal Palace has benefitted all but the Reds, with Sakho sending weekly reminders of his talent by almost single-handedly dragging the Eagles away from the relegation zone.

Three wins and clean sheets from his first three outings highlight his class, which has undeniably been missed.

Klopp must think seriously about his next step before discarding Liverpool’s best centre-back, but Sakho’s return looks improbable. If nothing can resolved a sizeable fee must be recouped.

Markovic’s second season away from Anfield has been another disappointment, with the Serbian failing to produce any consistent, positive form across two loans.

Markovic’s time with Sporting Lisbon was a disaster – despite two goals in 14 appearances – summed up with his loan being cancelled six months early to allow him to join Hull City, where his form has been erratic at best.

The uninspiring displays in two leagues he knows well inspires little belief over the 23-year-old’s capabilities.

That Klopp allowed him to leave last summer said everything. Hopefully Markovic’s age and ‘untapped’ potential help recoup a decent fee – £15million would be good.

Joining Burnley seemed perfect for Flanagan to put injury nightmare behind him, but it has proved the complete opposite.

Flanagan has been starved of the regular game time hoped for when agreeing to move – making seven starts in nine total appearances – and this has undoubtedly contributed to his poor form on rare occasions he’s played.

Flanagan has shown nothing to suggest he can kick-start his Reds career. Having been overtaken by Trent Alexander-Arnold and with defensive signings likely to come, it’s hard to see a place for the local lad. A shame but it’s time he’s sold.

Ward’s time with Huddersfield has been the most successful spell of the loanees, with the ‘keeper enjoying No.1 status – playing 36 games – and developing his game impressively.

The Welshman’s excellent form has been key to Huddersfield’s promotion charge, and his progress under David Wagner will have delighted Klopp who is sure to welcome Ward back to Anfield next season.

Ward has shown his suitability this season and he could provide the ideal back-up ‘keeper.

After shining in League One last season, Kent stepped up to the Championship with Barnsley and he has enjoyed a productive spell.

Kent has shown his talent – even if two goals and assists in 39 games suggest the opposite – and his lively displays won’t have gone unnoticed by Klopp, who recalled the youngster for first-team duties last season, showing he’s already been impressed.

European activity next season will open opportunities for youth, and Kent could be one to benefit in a squad role.

Injury meant Chirivella’s season suffered a fault start, with the Spaniard not joining Eredivise side Go Ahead Eagles until January.

The move surprised many but has been hugely positive, with Chirivella gaining crucial first-team experience and performing well – already with two goals and assists – in a struggling side, which has inspired hope for his future.

Chirivella’s loan has provided optimism over a return, but a strong pre-season is needed to muscle into Klopp’s core group.

Wisdom’s switch to Austrian outfit Red Bull Salzburg surprised almost everyone, with the centre-back opting for a different route after uninspiring spells in the Premier League and Championship.

Though Wisdom will have wanted more game time, the move has worked out relatively well with the centre-back impressing when he’s played, but it’s unlikely to have been enough to convince Klopp to keep him.

A fourth season out on loan shows he has no Reds future, and he should be sold permanently this summer.

Loan moves have been forced out of circumstance for the Brazilian, who needs a work-permit to secure the Anfield future Klopp is hopeful the “outstanding talent” can enjoy.

Joining Bundesliga side Hertha Berlin seemed ideal to aid this, but a lack of game time has been frustrating and costly, with Allan’s 377 minutes of action all season not enough to meet the necessary requirements.

Despite signing for Liverpool almost two years ago, Awoniyi remains an unknown quantity having spent all that time out on loan.

This season’s switch to NEC Nijmegen has been as uninspiring as last season’s with FSV Frankfurt, with Awoniyi again managing just one goal all campaign, showing he’s not ready for an Anfield first-team role.

However, it could be wise to keep him at Anfield to finally integrate him into the club with the under-23s. Failing that another loan awaits, but he needs to start showing progress.

After an injury-hit first-half of the season, Brannagan’s January switch to League One Fleetwood Town was a good move for all parties – handing the midfielder vital first-team experience.

Brannagan has done well on his first spell away so far, but with just three starts in eight total appearances, he still has developing to do before thinking about a permanent first-team place at Anfield.

Due to competition for places and Klopp’s potential business. Brannagan’s future shouldn’t be written off though and a Championship loan move should be the next step.

Moves to the Football League are often tough but educational experiences, and this has certainly been the case for Fulton with Chesterfield.

Fulton quickly became No.1, playing 26 times, but uninspiring form in a struggling side and managerial change saw the youngster lose his place to a newly-signed, experienced stopper who is set to play for the rest of the season.

At a club with problems on- and off-the-pitch, the loan hasn’t been a fair reflection of Fulton’s capabilities.

But Fulton is a talented ‘keeper and with time still on his side, another loan should follow. It’s been a mixed campaign for Jones at Swindon, with his game time and form fluctuating throughout with the League One strugglers.

The centre-back’s opportunities have become increasingly limited as the campaign has unfolded, and this lack of progress on a second loan in the third tier gives little reason to believe an Anfield future lies ahead.

A permanent move to the Football League to progress his career should be made. The season has been one of unfulfilled promise and frustration for Dunn, who started positively as he grabbed six goals and 3 assists in 19 games at League Two Morecambe before his spell was cut short.

This prompted a deadline day switch to Tranmere Rovers, but injury has halted his move before it had really begun.

Now 22-years-old, Dunn and Liverpool should part ways for good this summer.

There you have it then, not many of the 13 look likely to be playing a part at Anfield next season – we make it just Ward, Kent and possibly Chirivella who stand a chance to make a permanent return to Liverpool.

Let us know your thoughts in the comments.