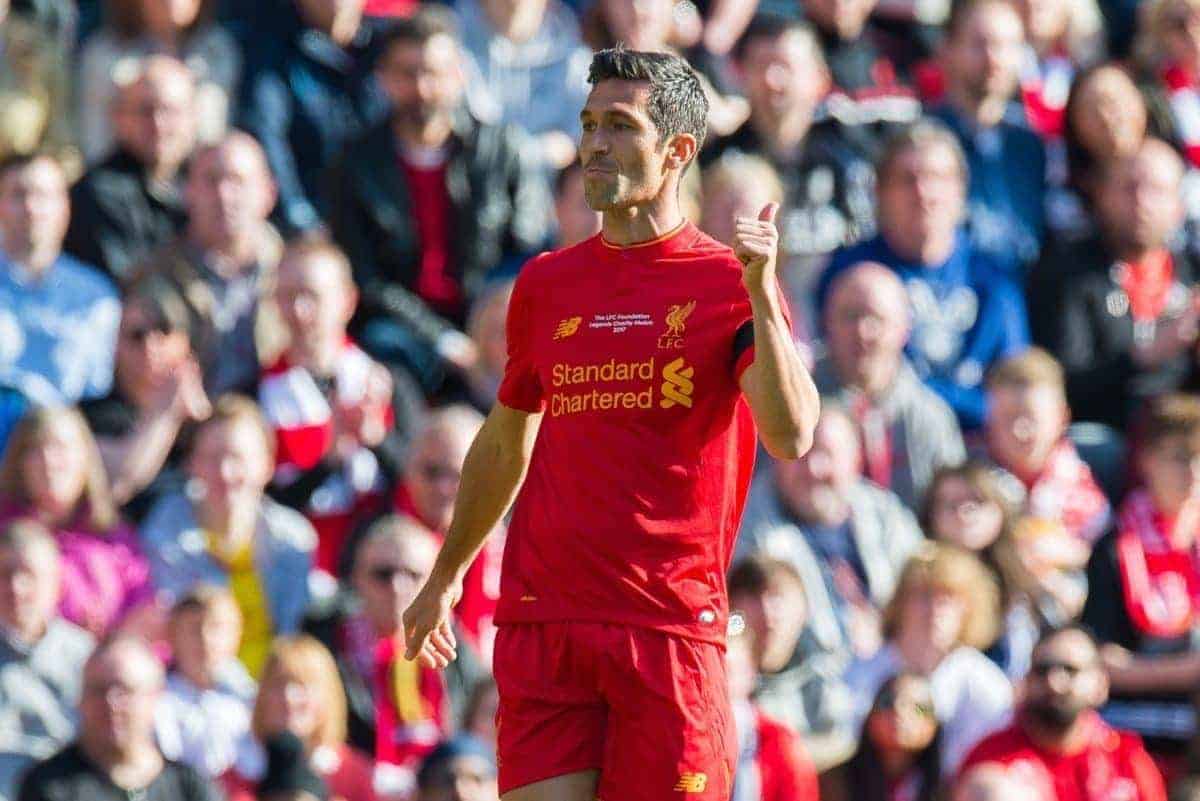 Former Liverpool forward Luis Garcia believes the Reds will secure a place in the top four this season, and that “they have the perfect manager to do it.”

While local bragging rights will take precedence for so many supporters, Jurgen Klopp‘s side’s primary aim is to finish in the Champions League places this season.

A win over their local rivals would be another huge result in that respect, especially with a kind-looking run-in awaiting them in the final eight games.

Not everyone is confident of the Reds achieving their goal, but Garcia is one of those who fully expects them to be in the Premier League‘s top four come May, especially with Klopp at the helm.

“I think it’s still there. It was the target at the beginning of the season and it’s the one they have to continue working for,” Garcia told Sky Sports.

“I think the team is ready for it, it’s true they had a down period during the first part of 2017 but I’m sure of the reaction they’re going to have.

“They have the perfect manager to do it. We know what he is capable of doing with this team and they’ve shown it before during the first part of the league.

“I don’t have a doubt that if they continue working the same way they will be in the top four at the end of the season.”

The popular Spaniard, who took to the turf in Saturday’s legends game between Liverpool and Real Madrid, also spoke briefly about the importance of the derby showdown, admitting winning is all that matters.

“It’s always a different game. These type of games are only three points we all know but they are different,” he added.

“Anything can happen and I’m sure the players, with a game like this one, are going to go for it.”

Liverpool currently sit fourth in the table, four points clear of Man United, who have two games in hand on Klopp’s men. Arsenal are six adrift but have also played two fewer.

Although Everton haven’t won at Anfield since 1999, they have drawn five of the last nine matches there.

Ronald Koeman’s side are enjoying an impressive run of form, and while Liverpool will be favourites to prevail, it will be a tough day at the office.