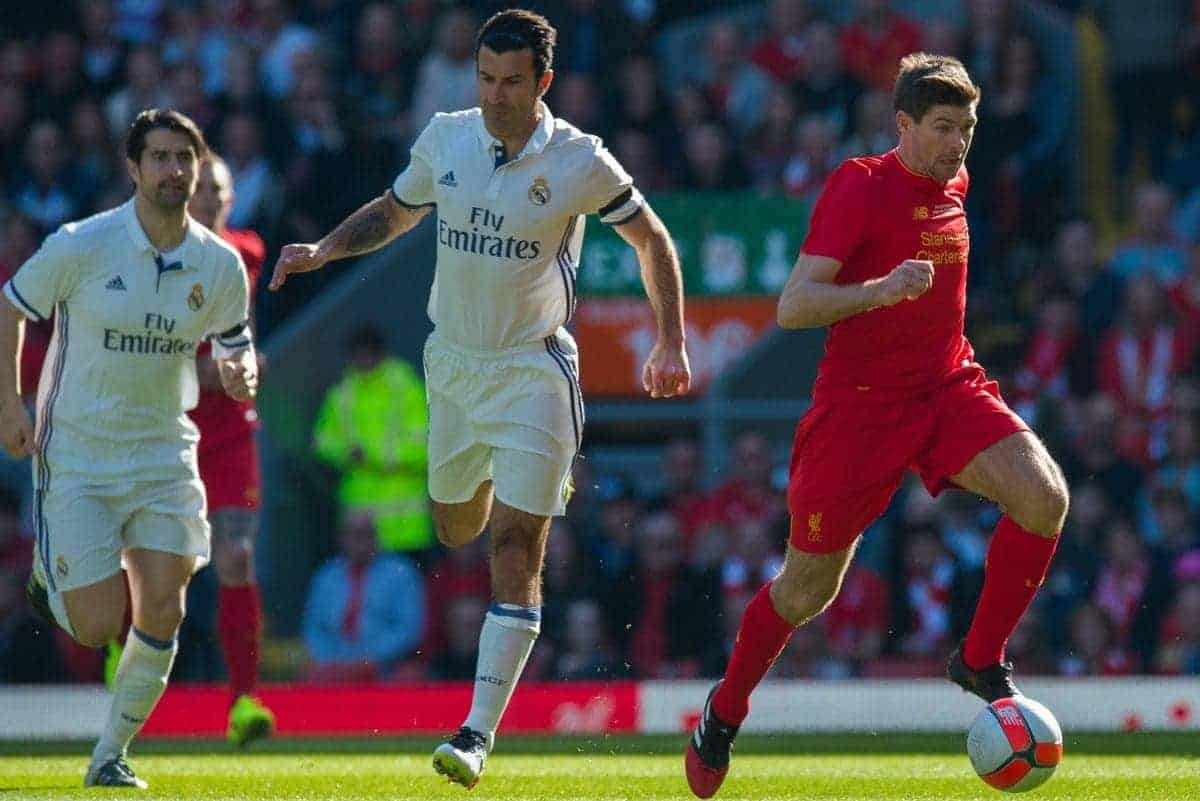 Steven Gerrard produced an inspiring display as the Liverpool Legends sealed a 4-3 win at home to their Real Madrid counterparts on Saturday.

Goals from Michael Owen, John Aldridge and Robbie Fowler set the Reds legends on their way to victory at Anfield, with Gerrard also slotting home in front of the Kop in the second half.

In a clash furnished with moments of genuine quality from the likes of Luis Figo, Clarence Seedorf and Daniel Agger, it was the former Liverpool captain who stood out.

As well as his excellent strike, Gerrard assisted each of Liverpool’s other three goals, proving his evergreen talent and hit the bar from 30 yards.

And the 36-year-old certainly sparked the imaginations of supporters on social media.

GERRARD YOU LEGEND! Oh my ??

Please play for us again Gerrard. What a goal.

Oh how I've missed seeing Steven Gerrard score in front of the Kop.

“As previously stated, he should still be playing for and wearing the captain’s armband in the current squad, how we miss him.”

Steven Gerrard with his greatest ever goal for Liverpool

“He will be missed as a player for years to come.”

Gerrard at his age would still be our best midfielder by a country mile, if he was still in the side! #LFC

Gerrard cheating in this match by being able to run. #LiverpoolLegends v #RealMadridLegends

“Steven G and Seedorf were playing like it was the UCL final and they had a score to settle. What a match.”

Rooney plays every week and is useless

Liverpool have had some great great players over the years, but for me Gerrard will always be the number 1. What a outstanding player #LFC

I'll forever be grateful to the Lord Almighty for giving me the absolute pleasure of watching Gerrard in his prime.