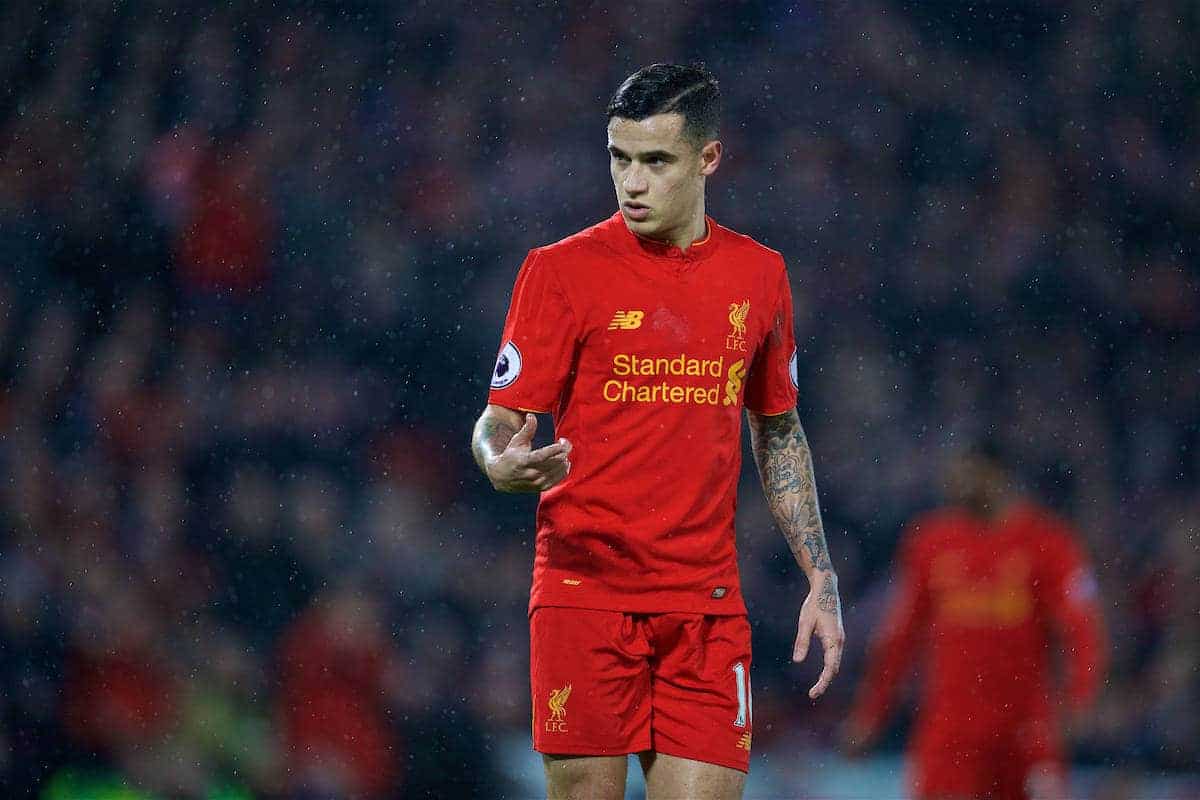 Liverpool playmaker Philippe Coutinho is hoping to continue his unbeaten run in the Merseyside derby which he believes is as intense for players as it is for fans.

The Brazil international has scored twice in seven appearances in cross-city encounters since joining the Reds in January 2013, enjoying two wins and five draws.

He missed the last-gasp victory at Goodison Park in December as he was injured, but is keen to reacquaint himself with the fixture this weekend at Anfield.

“The rivalry is like any derby—it’s intense,” said Coutinho, who is currently on international duty with Brazil.

“I’ve experienced these games both home and away and the intensity is equal with the fans.

“You’re always on TV, it’s one of the most difficult games and I don’t think this one will be any different.

“The week before the game, you can’t wait to play and if you win, the level of joy you give to the fans is amazing. They’re the victories you always enjoy.” There is plenty at stake in the 228th Merseyside derby with Ronald Koeman’s seventh-placed side just six points behind the Reds, in fourth.

With Manchester United and Arsenal, both with two matches in hand, waiting to take advantage Coutinho knows Liverpool cannot afford any mistakes.

“All the games are like finals and if we’re going to achieve our aim we need a lot of points.”

Coutinho is in Brazil’s squad for a World Cup qualifier at home to Paraguay on Tuesday evening along with club-mate Roberto Firmino.

Press Association Sport understands Liverpool have chartered a private jet to get the pair home as quickly as possible in the hope they can train on Thursday ahead of Saturday’s lunchtime kick-off.

The club did similar for the last international break in November to bring them home from Peru, sharing the cost with Manchester City and Paris St Germain, whose players were also on board.