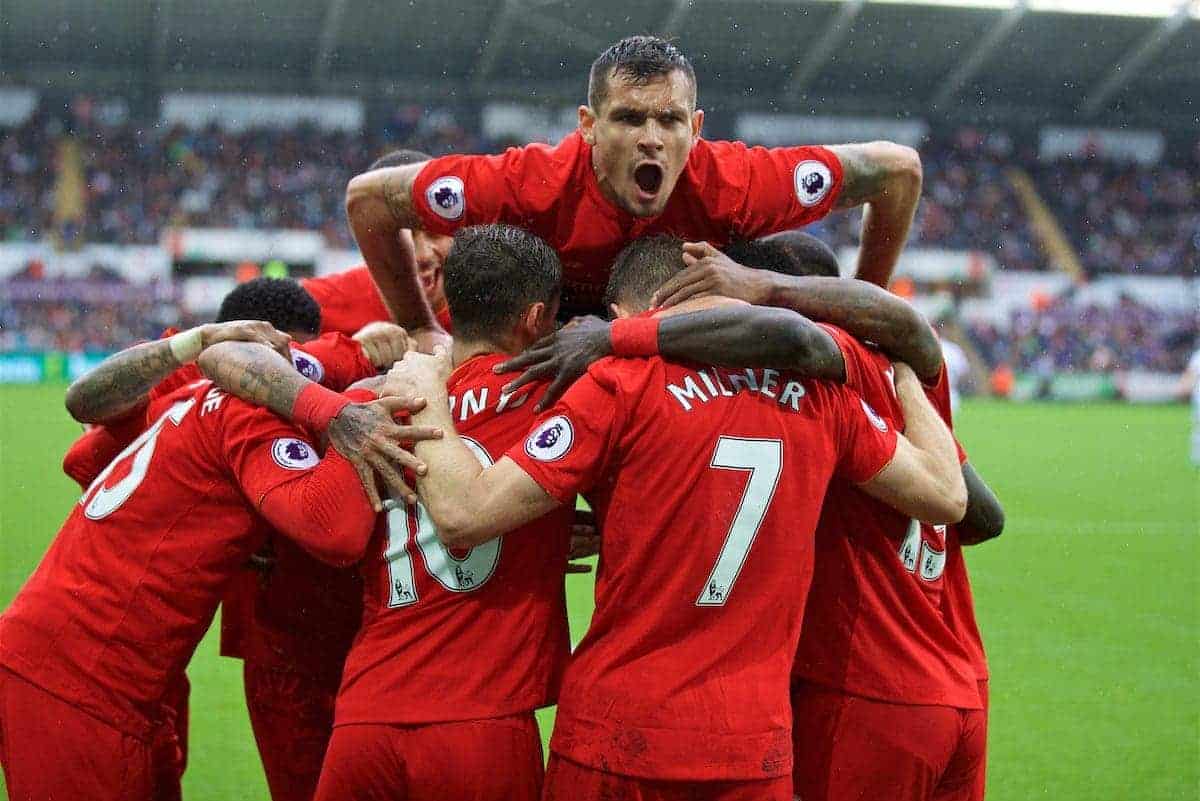 As a mixed February makes way for another month of opportunity in March, Liverpool have three more chances to reinforce their top-four push.

Last month saw the Reds bookend one of their best performances of the season with two of their worst, beginning with the 2-0 defeat away to Hull City and ending with a miserable 3-1 loss at Leicester City.

Their 2-0 win at home to Tottenham did hint at a return to form, and outperforming their top-four rivals so comprehensively does suggest that can still secure Champions League football next term.

But to do so, they will require a positive run in March, and this month brings three more crucial Premier League fixtures as Liverpool look to build towards some semblance of consistency on the pitch.

Here’s what we can look forward to from the Reds over the next month, along with a guide to the Liverpool U23s and U18s as their respective campaigns continue. The Reds head into March just one point off the top four, but with both third-placed Man City and fourth-placed Arsenal having a game in hand, compounding their frustration at losing to Leicester.

They do, however, take on both during the next month, with a home clash with Arsenal kicking off another crucial three-game spell.

Having already defeated both the Gunners and City this season—the former on the opening day and the latter on New Year’s Eve—Liverpool can hope to extend their excellent streak against their top-six rivals in the Premier League.

A potential banana skin, however, comes in the form of Sean Dyche’s Burnley, who travel to Anfield on March 12 looking to secure what would be their first away win of the league campaign.

Liverpool have struggled against smaller sides this term so far, with the defeat to the Foxes a clear example of this, and were already stunned by the Clarets at Turf Moor back in August, losing 2-0.

Klopp’s side cannot continue their trend of beating their rivals then losing to relegation candidates, and this is a big issue for the Reds this month.

One of the key problems Klopp will need to navigate to ensure this is not the case is injury to a host of his regular fixtures, most notably captain Jordan Henderson.

The midfielder missed the loss at the King Power Stadium, and is expected to be unavailable against Arsenal, and his absence will be felt heavily at the base of the midfield.

Klopp also has Dejan Lovren and Daniel Sturridge as fitness concerns, with his options both in defence and attack failing to produce against the Foxes, and he will be eager to welcome them back to the fold.

One interesting subplot for the month ahead is whether the returning Marko Grujic comes into consideration, with the Serbian midfielder missing for months with a hamstring injury.

Grujic could provide a welcome injection of vibrancy in Klopp’s midfield rank, but it remains to be seen whether the 49-year-old will trust him to come in and perform after such a long spell out.

But as defeat to the Foxes proved, Liverpool could certainly do with some changes, with the likes of Alberto Moreno, Trent Alexander-Arnold and Divock Origi hopeful of featuring. The U23s ended their February with a 1-0 win away to West Brom in the Premier League Cup, with Connor Randall’s strike the icing on the cake after having already progressed to the round of 16.

As they look ahead to their March schedule, the Young Reds can look forward to a more relaxed month, with just two fixtures currently lined up for Mike Garrity’s side.

These both come in Premier League 2, where they currently sit third in Division 1, 14 points off leaders Everton but with a game in hand on their Merseyside rivals.

Garrity will be hoping to call upon the likes of Joe Gomez, Sheyi Ojo and Rhian Brewster throughout the next month, as he builds a new unit following a period of change on the turn of the year.

Victory over Reading and Chelsea would give the U23s a better foothold as they look to consolidate third place in the league this season.

Neil Critchley‘s U18s currently only have one game pencilled in for the month ahead, but it is a major crunch clash for the cream of the academy, at home to U18 Premier League leaders Man City.

Having produced an excellent run of form of late, the U18s will be confident coming up against their rivals, as they push for second place at this pivotal stage of the season.

With the likes of Brewster, Conor Masterson and Yan Dhanda all enjoying game time for the U23s of late, it is possible Critchley utilises some of the Reds’ promising youngsters to bolster his ranks.

Their Kirkby clash on March 4 is certainly one to watch, and could prove a showcase for some of the youth stars working under Steven Gerrard for the U16s.