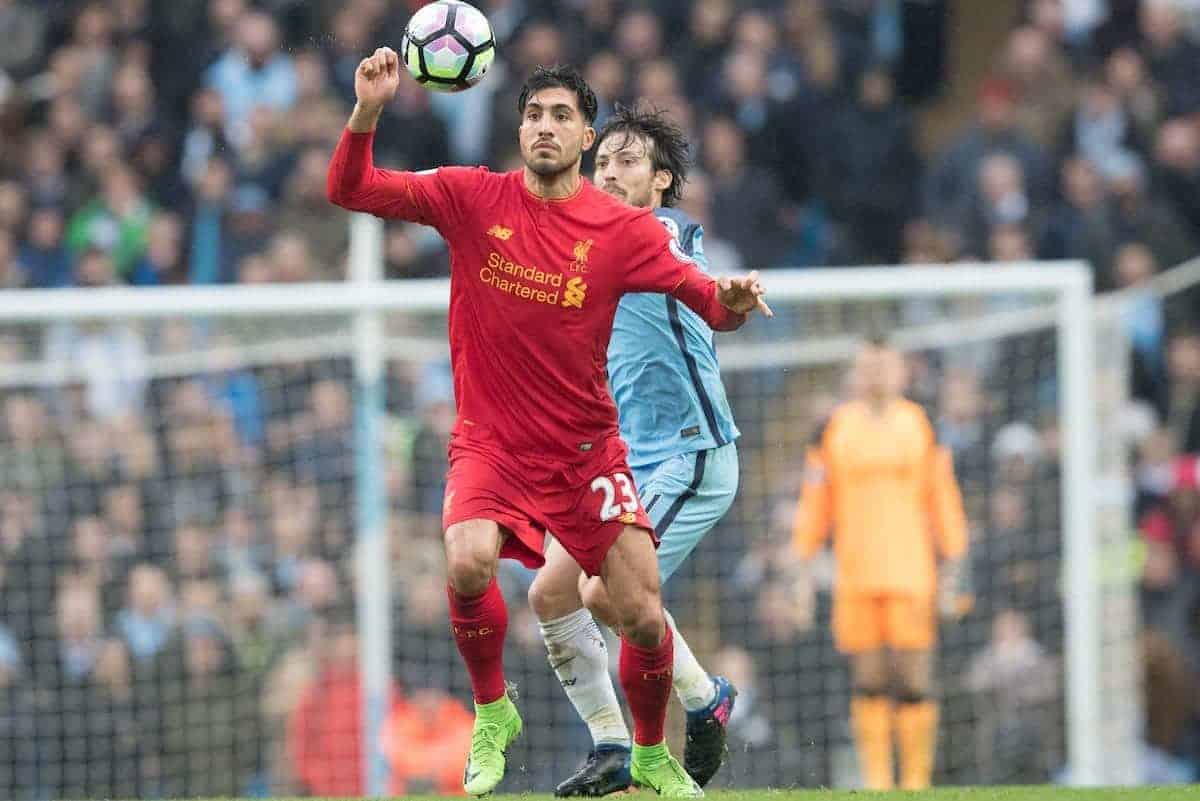 Emre Can produced a stellar display in the middle of the park as Liverpool were held to a 1-1 draw away to top-four rivals Man City on Sunday.

The German has enjoyed a lengthy stint in Jurgen Klopp‘s midfield due to injury to Jordan Henderson, after suffering a poor run of form in a more advance role earlier in the season.

After scoring the winner in last weekend’s 2-1 victory at home to Burnley, Can will have been confident of producing another influential display against City at the Etihad Stadium.

Supporters witnessed just that, with Can in excellent form as the Reds played out a 1-1 draw against Pep Guardiola’s City.

Here’s how social media reacted to Can’s performance against City on Sunday.

Got to be Emre Can's best performance for #LFC. Thought he was immense today.

Emre Can was the best player on the pitch for the Reds today…..yet still the whining

Emre Can has been outstanding.

Emre Can has been very good for Liverpool so far.

Emre Can & Wijnaldum were brilliant again. Gave it everything

“Can, MoTM no doubt. He was immense!”
– Cameron Smith on Facebook.

Leaving the Etihad. A very good game of football & a draw a fair result. Emre Can the standout performer. A slicked-haired midfield monster

Emre Can got stronger and stronger as that game went on. Could be a defining day for him in a Liverpool shirt

“One of the Reds’ most divisive players recently, anyone laying into Can after his performance at the Etihad is clearly carrying a vendetta.

The German was fantastic in the middle of the park, tackling hard, spraying passes around and showing great heart, and some unstoppable runs forward showcased his box-to-box ability.”
– Henry Jackson in our player ratings.

Emre Can bossed it today.

Thought Matip was excellent (among others) but clear MOTM for me was Emre Can.
Really disciplined, so aggressive, exploited spaces too. #LFC

I want THIS Emre Can in my #LFC team EVERY WEEK!!! #MCILIV #Liverpool

Emre Can brilliant today. Lot lot better than Henderson in that role. I would drop Lallana for Henderson

Our midfield was superb today. Might be Wijnaldum's best game away from Anfield, Can was an absolute monster and Lallana perpetual motion.

“First time since the beginning of the season I say Can was our MOM.”
– GA in the comments section.

Emre Can is showing his doubters that he has the potential to be a massive influence in the future Liverpool squad.

Emre Can very much playing like a man mid-contract negotiations.

Fair play to Emre Can. Another terrific performance. Need to tie him up to a new contract as soon as possible.