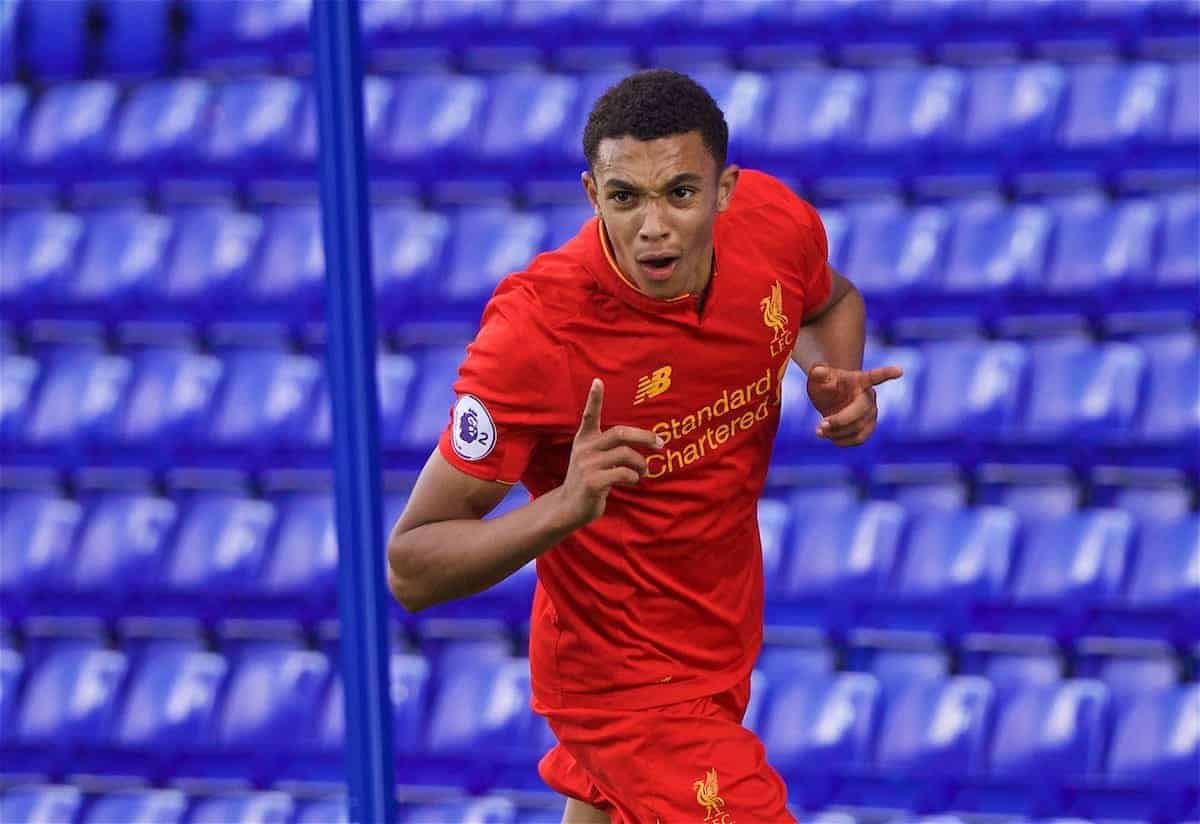 Liverpool youngster Trent Alexander-Arnold scored twice as the England U19s sealed a 3-0 victory at home to Spain on Friday afternoon.

The 18-year-old is enjoying a breakthrough campaign at club level, having made the step up to first-team level to feature regularly under Jurgen Klopp.

This has translated to the international stage, too, where he is a key figure for Keith Downing’s Young Lions, as he proved at St George’s Park on Friday.

Starting at right-back, with Liverpool target Ryan Sessegnon deployed at left-back, Alexander-Arnold quickly imposed himself against a Spain side that included Barcelona midfielder Carles Alena.

It didn’t take long for the Reds youngster to make his mark, firing the ball beyond Daniel Martin Fernandez at his near post to put the U19s 1-0 up in Staffordshire.

With another player on Klopp’s radar, Nottingham Forest striker Ben Brereton, in great form up front, England continued to dominate on home soil, and it was Alexander-Arnold who sealed their second.

Driving forward from the right flank, the teenager was fouled in the penalty area, before dusting himself off and sending his spot-kick into the back of the net to make it 2-0.

Arsenal forward Chris Willock put the icing on the cake late on, but Alexander-Arnold was no doubt England’s star man.

He had already laid on an assist in the Young Lions’ 3-0 victory over Norway on Wednesday, kicking off an impressive international break. Alexander-Arnold was not the only Reds youngster on form for England this week, with 16-year-old striker Rhian Brewster scoring a brace for the U17s on Thursday afternoon.

Starting up front against the Czech Republic, Brewster put Steve Cooper’s side ahead in the opening stages, before adding his second shortly after half-time in an excellent 5-3 win.

Both Alexander-Arnold and Brewster can hope for bright futures under Klopp on Merseyside, making a swift rise through the ranks.

Brewster could hope to take part in the Reds’ pre-season preparations this summer, following in the footsteps of Ben Woodburn.

Woodburn is now part of the Wales senior squad, and both he and Liverpool U23s captain Harry Wilson are pushing to feature alongside Danny Ward against the Republic of Ireland on Friday night.