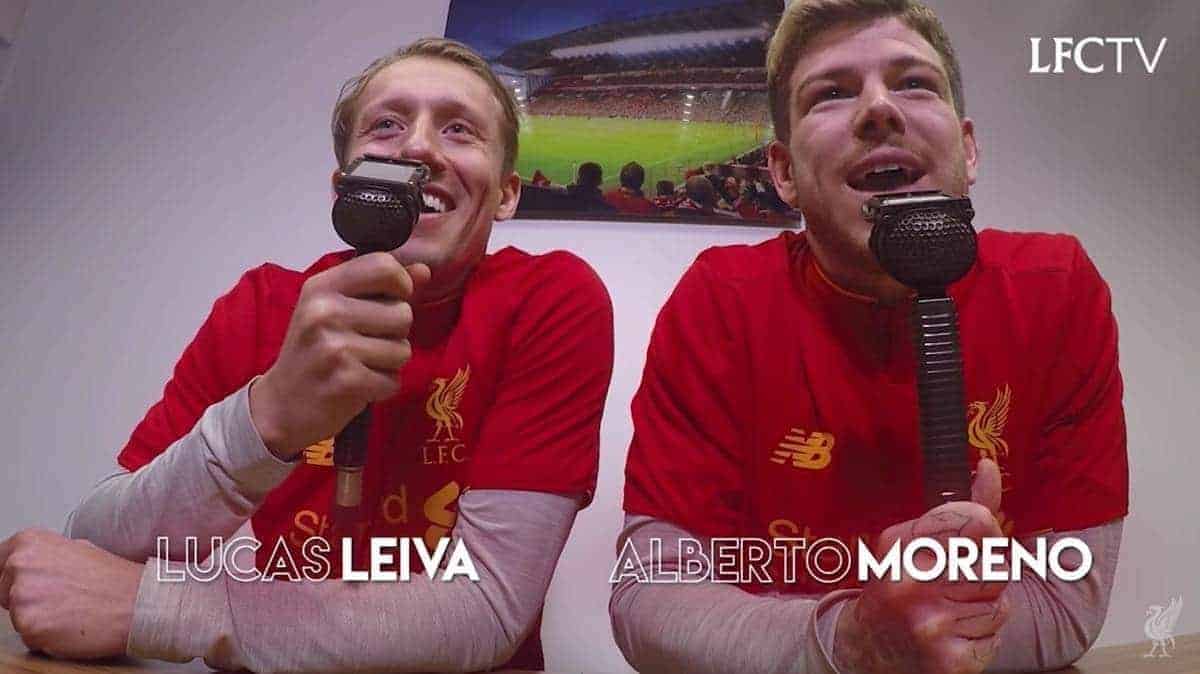 Jurgen Klopp‘s side ended a poor run of form with an emphatic victory at home to their top-four rivals last month, with Sadio Mane striking twice to seal the three points.

And while they went on to suffer defeat at the hands of Leicester City in their following outing, a 3-1 win at home to Arsenal on Saturday evening saw them continue their push.

The performance against Mauricio Pochettino’s Spurs was one of Liverpool’s finest of the season so far.

Marking this scintillating showing, Lucas and Moreno manned the commentary booth to provide coverage of the clash.

Lucas was one of the standout performers at Anfield that night, and the Brazilian clearly revelled in his defensive display, as well as his unfortunate attempt on goal at the other end.

While Moreno, who remained on the substitutes’ bench throughout, was in particularly fine form as he celebrate Mane’s opener.

The duo, along with Philippe Coutinho and Roberto Firmino, have formed a strong relationship off the pitch in recent years, and it is great to see this camaraderie on show.

Liverpool remain unbeaten against the Premier League‘s top six this season, with victory over Spurs arguably their most impressive.