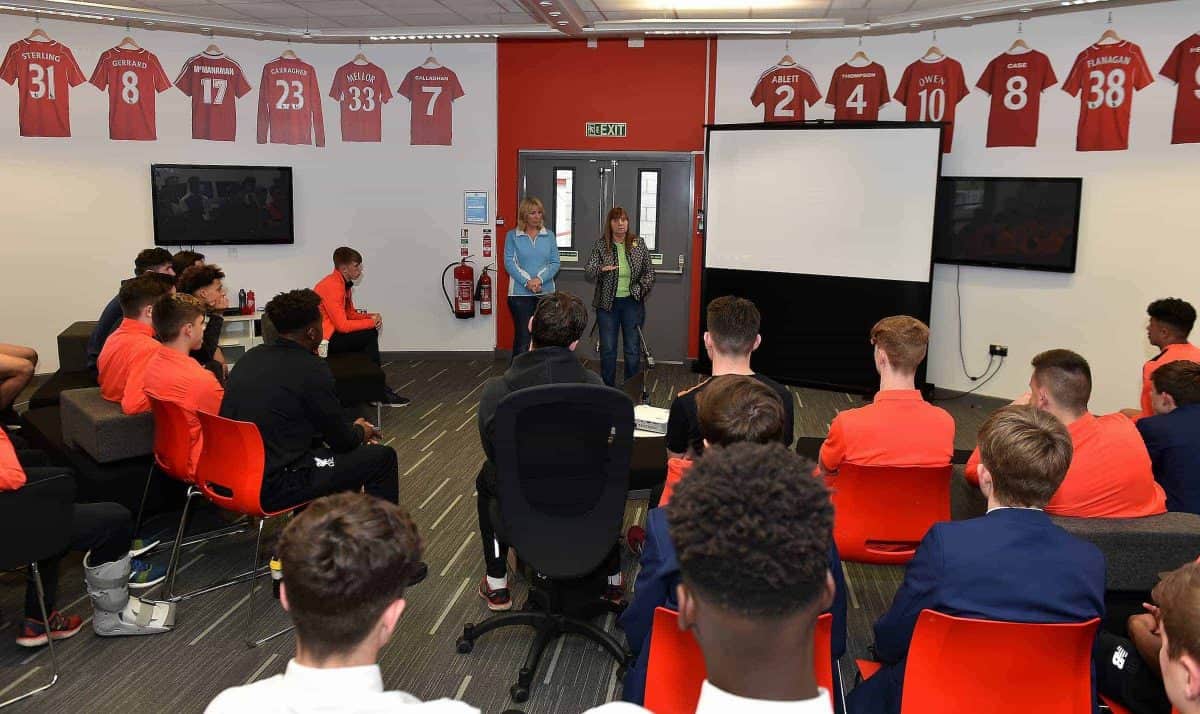 The presentation aimed to educate the young squads from under-15s to under-23s on what happened on 15 April 1989 from a family perspective.

Margaret and Sue were then asked questions by the young players before being presented with some flowers on behalf of the club from under-18s striker Yan Dhanda.

“It was such a poignant and emotional speech which I’m sure will give the players an insight into the real fight for justice that the families had for 27 years.”

Margaret Aspinall added: “It was great to meet the young players at the Academy and speak to them about what happened in 1989 and know the real truth over what happened post the disaster.

“The lads were very respectful and Sue and I would like to thank them for inviting us to speak to them today.”

* Liverpool will mark the 28th anniversary of the disaster against Bournemouth on Wednesday, with a minute’s silence and mosaic on the Kop.