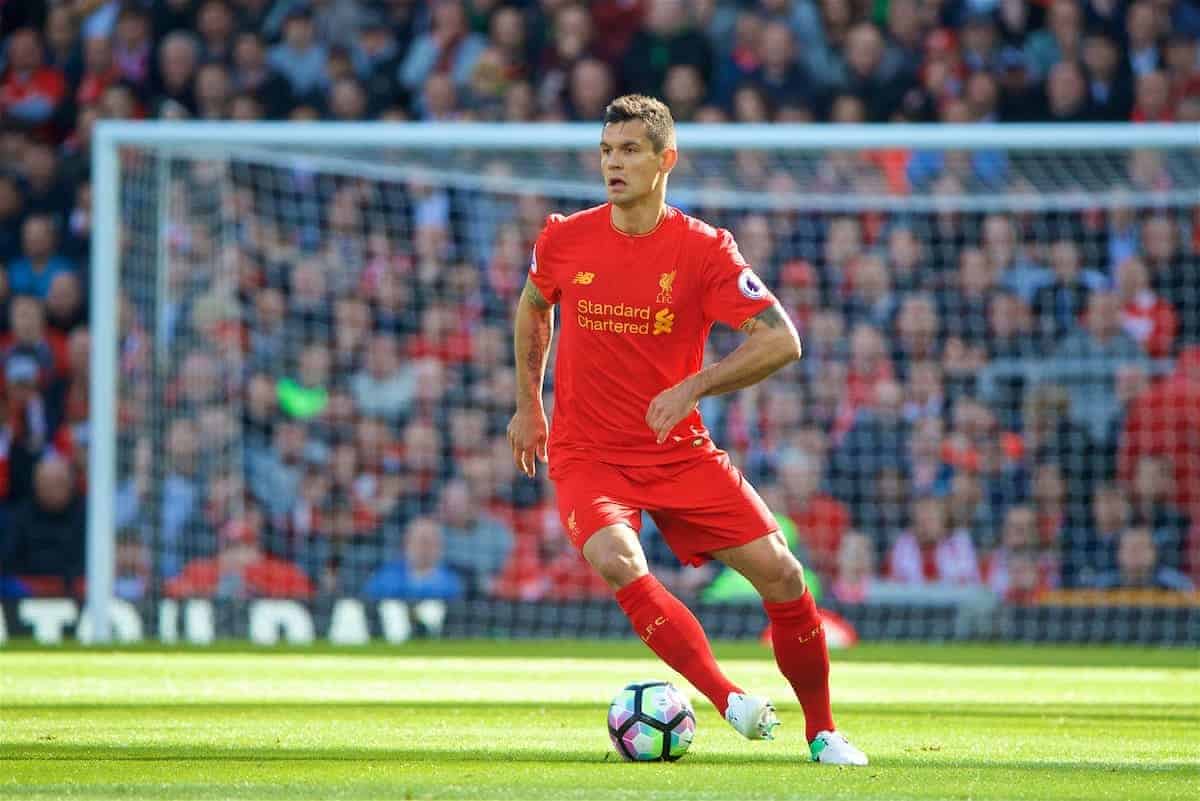 Liverpool legend Jamie Carragher was hugely critical of Dejan Lovren‘s performance after the Reds fell to a 2-1 loss at home to Crystal Palace.

Lovren was at fault for both of Christian Benteke’s goals at Anfield on Sunday, producing a woeful defensive display before being substituted on 78 minutes.

While it was believed to be due to a fitness concern, this was a major reprieve for the Croatian, who had struggled throughout.

Two failed lunges on the left-hand side gave Palace their opportunities to score: first directly, with Yohan Cabaye crossing for Benteke to touch home, and then leading to a corner.

And having seen Benteke head home that resulting set-piece to consign the Reds to defeat, Carragher questioned Lovren’s judgment.

“We’re looking at the same problems that we’ve spoken about all season, you think at centre-back and at set pieces,” he told Sky Sports.

“Lovren’s involvement in both goals—both times, he tries to knick the ball [and misses].

“Jurgen Klopp spoke last week of playing ‘adult football’, well he’s one of the most experienced players in the squad.

“[He should] read the situation and know whether to dive in, and he got it wrong on both occasions.”

The loss at Anfield saw top-four rivals Man United gain on Liverpool, and with Jurgen Klopp‘s side facing just four games between now and the end of the season, the pressure is on.

Neither Man City or Arsenal played in the Premier League this weekend due to their involvement in the FA Cup semi-finals, and this just magnifies the Reds’ failure on Sunday.

And Carragher believes losing to Palace has put his former side in a difficult position.

“I think Liverpool are in a big fight now. Manchester United, [Manchester] City, Arsenal are all in there,” he continued.

“Before today, I fancied it would be Man City and Liverpool to make those spots their own, especially with the fixtures.

“But that will give Manchester United a massive lift, especially with their result [a 2-0 win against Burnley].

“Liverpool’s result will give United and Arsenal massive belief that they can make the top four.”

Before Sunday, Liverpool were favourites in secure a place in next season’s Champions League, but now they will need to be at their best to fight off United, City and Arsenal.

And poor performances from key players like Lovren cannot become a regular occurrence, or they will miss out.