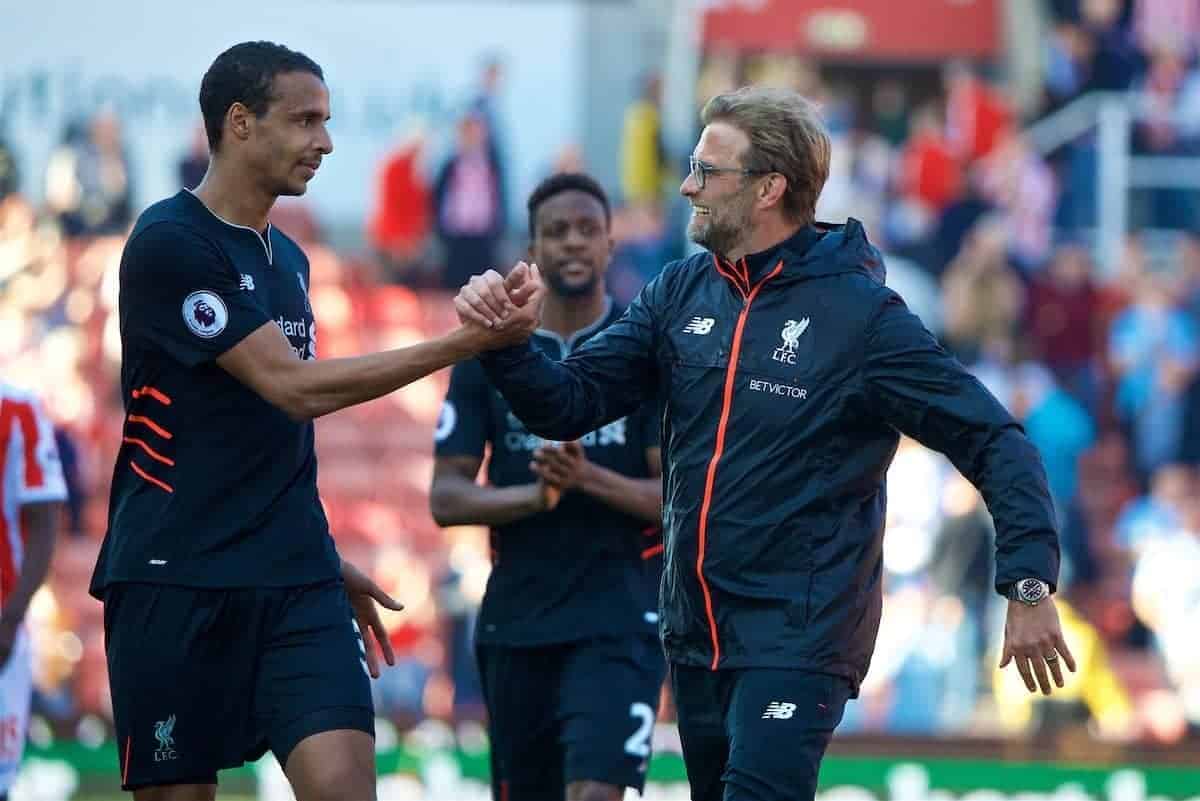 Jurgen Klopp has suggested Liverpool would look to sign a new centre-back in the summer, but has stressed the need to find short-term solutions first.

The Reds could be without Joel Matip, Lucas Leiva and Ragnar Klavan for Sunday’s clash with Crystal Palace, with the trio having missed training this week.

This has highlighted a regular problem for Klopp throughout 2016/17, with all of his centre-backs suffering regular fitness problems.

Reports have suggested this would lead Liverpool to dip into the transfer market to sign a new first-choice defender, with Southampton‘s Virgil van Dijk among those mooted.

And speaking to reporters at Melwood on Thursday, Klopp conceded that it would “make sense” to do so, but opted to focus on his short-term options for the time being.

This included 19-year-old Joe Gomez, who could partner Dejan Lovren against the Eagles at Anfield.

“It would make sense, but what can I say? It’s nothing to talk about now,” he explained when asked about being linked with ‘spending heavily on defensive reinforcements this summer’.

“We have to find a solution for the weekend. That’s it.

“Joe Gomez played on Monday for the U23s, again well, made big steps in the last few weeks.

“So maybe we have to try this pair. We will see, I don’t know in the moment.

“Of course it would help if you could play the same couple consistently, but if not it’s not about moaning

“It’s not about the boys saying ‘one game, thank you, now give me two weeks’ break’.

“Nothing was about intensity, knocks here, knocks there. Not too cool, but not to change.

“But it’s now already clear we struggle a bit so far in this week.

“A few days to go but in the end we’ll have solutions, and we’ll find the solutions for sure.”