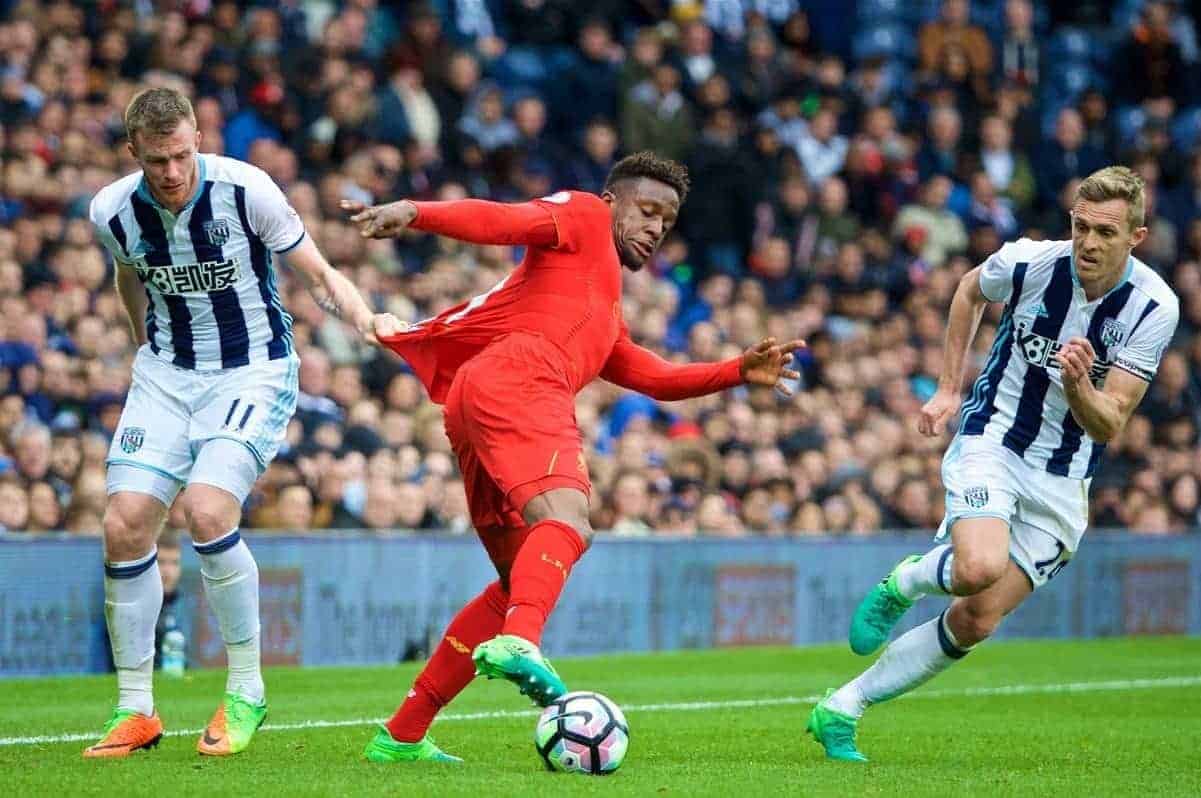 Origi played 81 minutes at the Hawthorns, as a solitary goal from Roberto Firmino sealed another crucial victory as the Reds push for the top four.

While it was his Brazilian counterpart who made the telling contribution, Origi remained busy throughout, looking to carve open a resolute West Brom defensive line.

He created two chances for his team-mates, with only Firmino (five) producing more opportunities in front of goal.

And speaking after the game, Klopp revealed he was particularly pleased with the 21-year-old, despite failing to find the back of the net.

“I thought it was a very special game for Divock Origi today,” he explained.

“He’s still a young boy and he has his ups and downs, that’s how it is with young boys.

“But today, against this defence he was physically strong and technically good.

“He defended well and, honestly, it was a really good game.

“For me, I don’t look for [a man of the match] because I don’t care about it.

“But I thought, for a striker who didn’t score a goal, it was a nice performance.”

Origi is something of a surprise candidate for such praise after the victory, with the likes of Simon Mignolet and Emre Can joining Firmino as Liverpool’s standout performers.

But given the circumstances, operating up against a rough Baggies defence, he certainly deserves mentioning—largely for his work rate in attack.

The Reds’ all-round defensive effort, aided by Mignolet’s shot-stopping prowess, sealed an unlikely clean sheet in the West Midlands, with a series of late set-pieces proving a major threat.

And this was clearly a key aspect of the win for Klopp, as he continued to hail a rare 1-0 victory.

“We did well. Winning 1-0 was a wonderful result actually,” he added.

“If you asked me before the game I would have said that was my favourite result.

“Because I know how strong West Brom are and how difficult they are to play.”

Speaking ahead of Liverpool’s Premier League run-in back in March, Klopp underlined the importance of his side “winning ugly,” and this was certainly the case on Sunday.

The grit and determination of players such as Origi is vital, with Liverpool looking to pip Man City, Man United and Arsenal to a place in next season’s Champions League