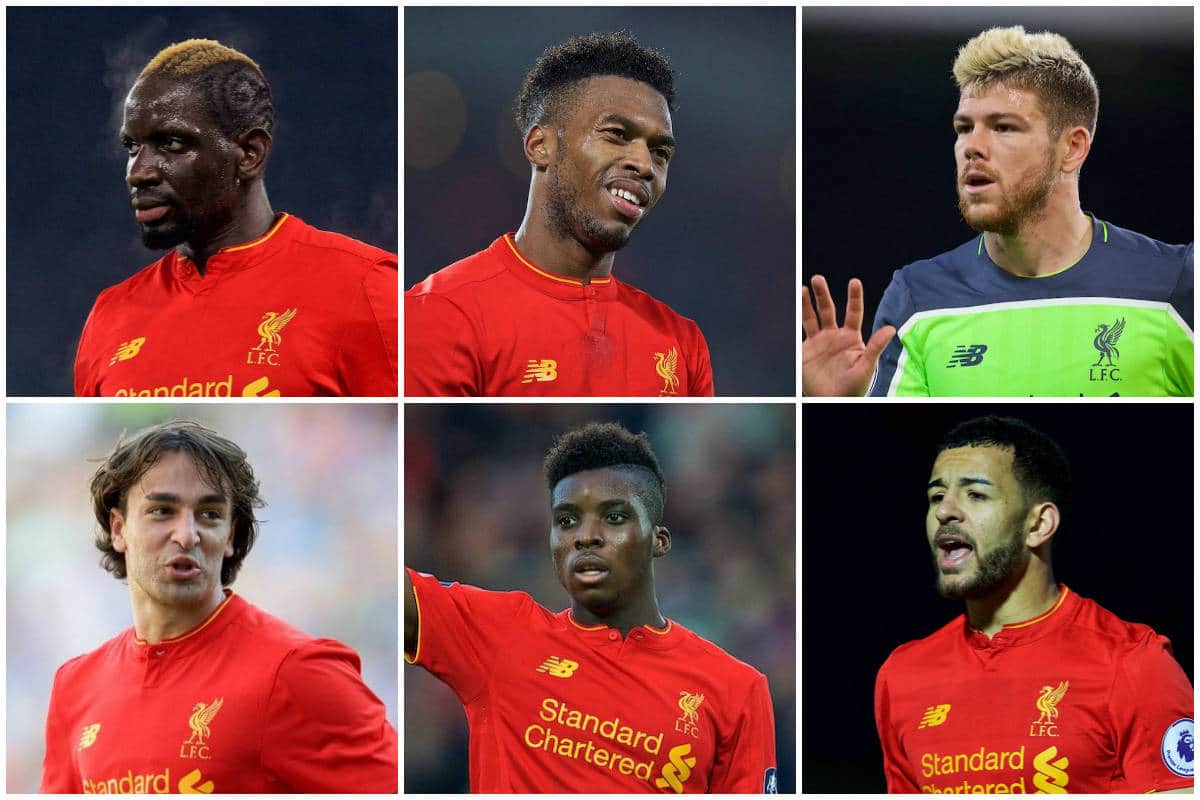 After raising over £80 million in the transfer market last summer, Liverpool could recoup a similar amount this summer by offloading un-needed players.

This saw the club eventually make money in the window, despite the arrivals of Georginio Wijnaldum (£25m) and Sadio Mane (£30m).

Liverpool look likely to secure Champions League football for next season by virtue of a top-four finish in the Premier League, but even if not, they are certain to be in the Europa League – meaning Jurgen Klopp requires a bigger squad with more depth.

While FSG will provide the German with funds to bolster his ranks for a busy campaign, this can be aided further by sales.

And if the Reds are able to part ways with deadwood and peripheral figures, Klopp could hope to raise another £80 million—and here’s how.

Sakho is currently boosting his value with a series of impressive performances at the heart of Crystal Palace‘s defence, with the Frenchman contributing to four clean sheets in his first six games.

While many supporters are still clinging to the hope Sakho can repair relations with Klopp and return to the Liverpool squad, it remains a hugely unlikely prospect at this stage.

With interest from Southampton and Napoli among others, the 27-year-old won’t be short of suitors, but while the Reds are hoping to raise £30 million with his sale, they may be forced to settle for less. Owing to injuries and the form of Roberto Firmino and Divock Origi, Sturridge has made just five starts in the Premier League so far this season, highlighting his marginal role under Klopp.

While the England international boasts an unparalleled goalscoring record in the current Reds squad, his persistent fitness issues ensure he is not a reliable first-team regular.

For his own benefit, Sturridge will likely seek a move away from Merseyside this summer, and while his talent would demand a fee of at least £30 million, the reality of his condition could see that halved.

The only senior first-team player to be afforded fewer minutes this season than Moreno is Kevin Stewart, highlighting his drop down the pecking order, with James Milner preferred at left-back.

At 24, Moreno needs to move on in order to revive his career, and with two years left on his contract, now is the perfect time for Liverpool to sell.

AC Milan, Inter Milan and Atletico Madrid have been credited with an interest in the Spaniard, and though the Reds are looking for around £15 million, this will no doubt be negotiated.

Like Sakho, Markovic is busy enhancing his reputation out on loan this season, with the Serbian winger joining up with Marco Silva at Hull City in January.

Scoring his first goal for the Tigers in April’s 4-2 win over Middlesbrough, Markovic hinted at a long-term future at the top level, though his progress has certainly stalled since leaving Benfica.

He still has two years left on his deal with Liverpool, but they are unlikely to recoup anywhere near their £20 million outlay from 2014.

After one goal and four assists in 11 games for Liverpool last season, averaging a direct goal contribution every 90 minutes, Ojo has taken a backseat under Klopp in 2016/17.

The winger has made just two further appearances, both against Plymouth Argyle in the FA Cup, despite returning from a back injury in November, with Ben Woodburn and Harry Wilson preferred.

With question marks over his work rate and tactical intelligence, Liverpool could cut their losses this summer—with a host of clubs likely willing to take a punt for a relatively low fee for the 19-year-old. Remarkably, Stewart has played just 16 minutes of Premier League football this season, and at 23, has only been named in Klopp’s matchday squad in the top flight four times since September.

Instead the midfielder has been left to turn out in low-key cup ties and as an experienced head in Mike Garrity’s U23s squad, undermining his decision to sign a new four-year contract in November.

Stewart finds himself in a similar position to Smith last summer, before joining Bournemouth, and Liverpool will be hoping to repeat their feat and sell the squad player on for a reasonable sum.

Given how long he’s been at the club, it comes as something of a surprise that Wisdom is just four months older than Stewart, having joined Liverpool as a 14-year-old back in 2008.

Despite his longevity, Wisdom has made just two more appearances (22) for the Reds than his midfield counterpart (20), spending the last four seasons on loan with Derby County, West Brom, Norwich City and, currently, Red Bull Salzburg.

Wisdom can be a serviceable defender for a lower-level Premier League or Championship side, and Liverpool can still hope to raise a modest fee for the Yorkshireman this summer. It will be with a heavy heart that supporters likely bid farewell to Flanagan this summer.

But having yet to make his 10th appearance on loan at Burnley this season, it is a reality that requires acknowledging.

After missing over a season with a series of knee injuries, Flanagan has fallen drastically behind at Anfield, and Liverpool will be hopeful to secure £2 million for his services.

Another academy full-back who will likely depart this summer is Randall, who served as a capable deputy in Klopp’s first months as manager, but has played 45 minutes of senior football this term.

Preston North End were among the clubs interested in the 21-year-old in January, and the Reds will hope for a seven-figure fee if he is to leave at the end of the season.

Like Randall, Brannagan looked set to be a regular feature under Klopp due to his regular outings in 2015/16, but this hasn’t proved to be the case, joining Fleetwood Town on loan in January.

Wigan Athletic saw their £1 million bid for the midfielder turned down last summer, but Liverpool are unlikely to stand in his way this time around.

This season has been a cruel one for Bogdan, who had established himself as a key player on loan at Wigan before a nightmare ACL injury saw his spell at the DW Stadium end prematurely.

With Simon Mignolet, Loris Karius and Danny Ward among those ahead of him at Liverpool, Bogdan will leave this summer, and he could prove to be a bargain signing for a Championship side.

While there is more than an element of fantasy in projecting Liverpool’s summer sales, it can be expected that the club raise around £80 million with a series of departures as Klopp overhauls his squad.

This could even end up being higher, if a trio of players with questionable futures on Merseyside do move on.

While Klopp has publicly backed Simon Mignolet in recent weeks, the sincerity of his words is still up for debate, particularly with the signing of Karius last summer.

Marseille are reported to be interested in the goalkeeper, and the Reds could hope to raise around £15 million if they did part ways with the Belgian.

Lucas Leiva could be another to leave after 10 years of service, while Danny Ings may take a step down after two troubling knee injuries, and both would raise at least £5 million.

And youngsters such as Lloyd Jones, Tom Brewitt, Sam Hart, Jordan Williams and Ryan Kent could raise further funds, either through sales or compensation fees.