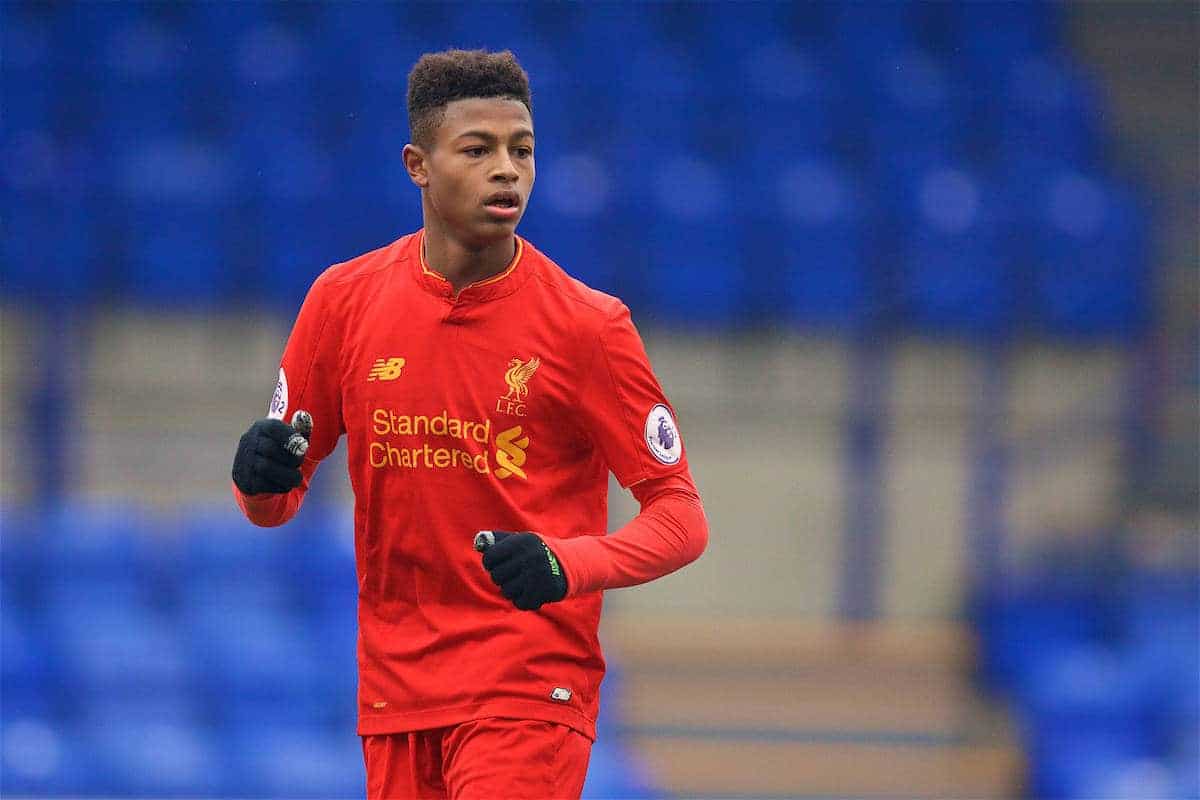 Liverpool striker Rhian Brewster will miss the Reds’ final three games of the season, after being called up to the England squad for the Under-17 European Championship.

Brewster was a surprise inclusion on Jurgen Klopp‘s substitutes’ bench for Sunday’s 2-1 loss at home to Crystal Palace, following an injury to Daniel Sturridge.

The 17-year-old has continued to train at Melwood this week, capping a remarkable rise from turning out for the Liverpool U18s earlier this season.

His bright future has been acknowledged with a place in Steve Cooper’s England squad for the U17 European Championship in Croatia, kicking off in May.

England take on Norway (May 4), Ukraine (May 7) and the Netherlands (May 10) in the group stage, with hopes of progressing to the quarter-finals, to be held on May 12 and 13.

The semi-finals are in scheduled for May 16, with the final to be held three days later on May 19.

Brewster will join up with his fellow Young Lions next month, meaning he will likely be unavailable for the closing stages of the season.

The former Chelsea youth has played a key role for Cooper’s U17s, scoring three goals in four games in qualifying, as well as netting five times in three games at the Croatia Cup in October. While Brewster was unlikely to play a major role in Liverpool’s final four games of the campaign, his unavailability does hinder Klopp’s selection further.

That the German was forced to name the youngster on the bench against Palace was indicative of the fitness problems plaguing his squad.

Sadio Mane has been ruled out for the rest of the season, while Sturridge continues to suffer with a recurring hip injury, and Adam Lallana is only just nearing his comeback.

This has prompted Klopp to turn to youth, with Ben Woodburn among those regularly included in the Reds’ matchday squad.

Explaining his decision to include Brewster against Palace, Klopp described him as a “natural striker,” which is something Liverpool currently lack in abundance.

However, his departure to the U17 Euros should be seen as a positive, as Brewster continues his development in a competitive environment.

The Liverpool U23s and U18s both only have two games left to play this season, leaving Brewster with little opportunity for game time if he stayed on Merseyside.

He could though, return after the Euros to be part of the squad that travels to Australia for a post-season friendly.