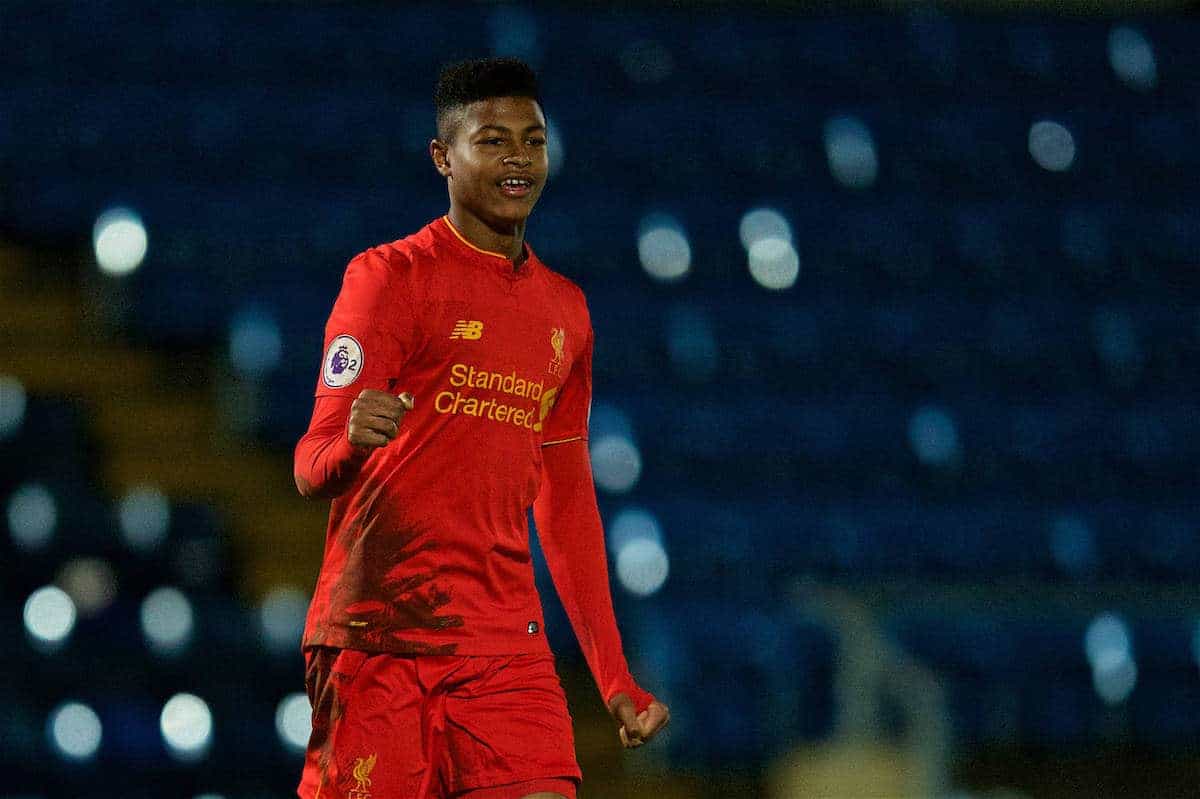 Steven Gerrard was among those present at Liverpool’s Kirkby academy on Friday, as the Reds’ U23s sealed a 2-0 friendly win over Hoffenheim.

Preparing for their final games of the Premier League 2 campaign, the U23s welcomed their Hoffenheim counterparts to Merseyside for a bank holiday friendly.

Gerrard joined academy director Alex Inglethorpe and part-time coach Steve McManaman in the stands, getting another glimpse of the club’s future.

It was 17-year-old forward Rhian Brewster who will have caught the eye, with the former Chelsea youngster scoring the opening goal just after the half-hour mark.

Brewster had already struck the bar in the opening stages before left-back Sam Hart sent in a perfect delivery to nod home, with the latter also in impressive form throughout.

Liverpool continued to dominate after the break, with Brewster producing some moments of magic from the left flank, and it was Madger Gomes who put the finishing touches on the win with a simple strike.

Both Brewster and Madger are likely to take up key roles for the U23s next season, with Ben Woodburn and Harry Wilson among those hoping for regular first-team action.

Neither are set to work with Gerrard, therefore, with the 36-year-old primed for a new role with the U18s next season.

Speaking at his pre-match press conference on Thursday afternoon, with the Reds preparing to take on West Brom, Jurgen Klopp confirmed Gerrard was due to take up duties in 2017/18.

“There is not a real announcement in this moment, but what I can probably say is ‘yes’,” he said.

“He is doing a real job at the academy at the moment with his presence and everything.

Being around and giving advice and leading little or bigger sessions and all that stuff, they all enjoy it a lot. He especially enjoys it a lot.

“Yes, he will be the coach of a youth team next season, I’m pretty sure.

“But we will tell you exactly which team when we want to tell you.”

The Liverpool U23s are next in action against Leicester City on April 17, kicking off at 2pm (BST) at Holmes Park, before further clashes with Man City and Everton.

With Woodburn moving up to the senior squad, Brewster has taken the Wales youngster’s mantle as primary attacking threat for the U23s, with the teenager set for a bright future at Anfield.