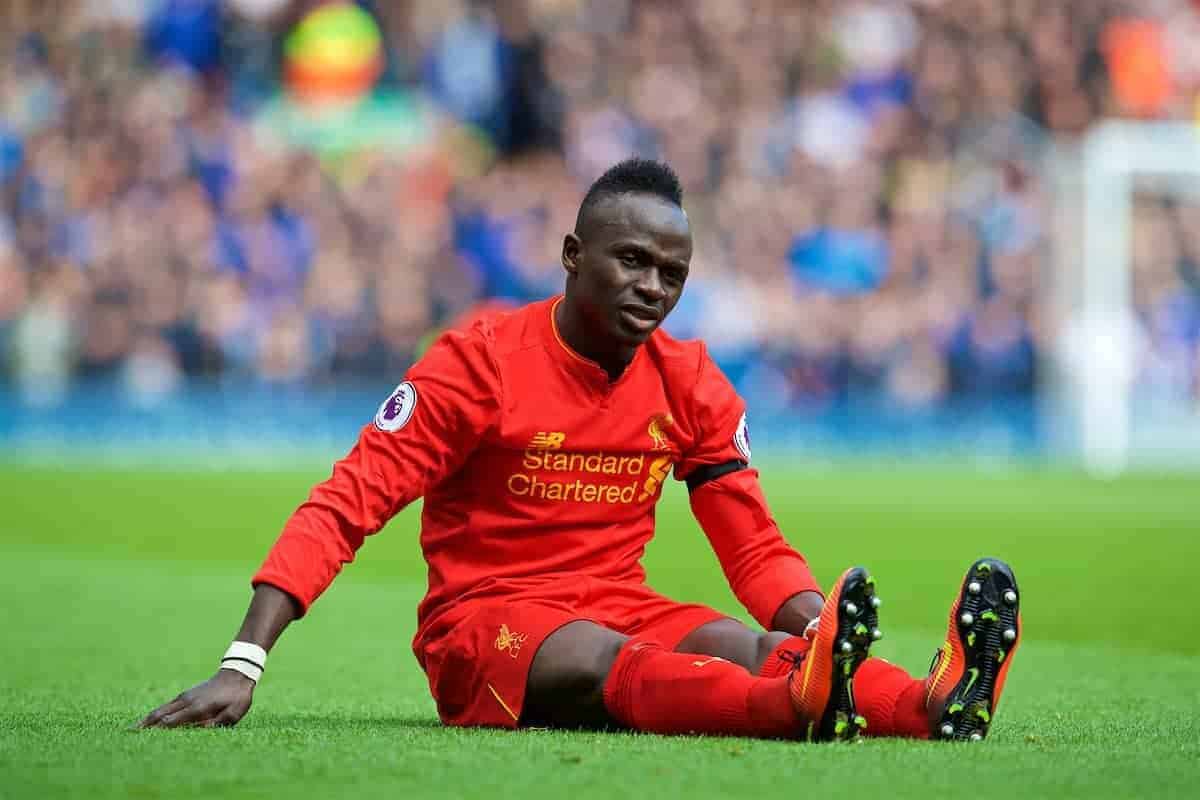 Liverpool forward Sadio Mane is likely to miss Wednesday’s visit of Bournemouth after sustaining a knee problem in the Merseyside derby victory at Anfield.

The Senegal international scored the opening goal in the 3-1 win over Everton but was later forced off after sustaining an injury in a challenge on Leighton Baines.

Mane’s left leg appeared to get caught underneath him and after receiving treatment he tried to rejoin the action only to collapse in a heap on the touchline.

The 24-year-old was later seen walking out of Anfield unaided pulling a suitcase and while the injury has not been properly assessed yet manager Jurgen Klopp admits Wednesday’s match may come too soon for his recovery.

“When I saw him in the dressing room, it didn’t look like he’ll be ready for Wednesday,” said the German.

“We will see, hopefully it’s not that serious, but of course it’s not nothing and that makes our life not easier I would say.

“I don’t know exactly [the extent of the injury], I don’t want to speculate now.

“Obviously he has pain and it didn’t look like it’s only a knock or a muscle or something but we have to wait.

“When I came in I was looking for him immediately and I saw him on the bed. “He’d already had treatment, and it didn’t look like he felt really comfortable.”