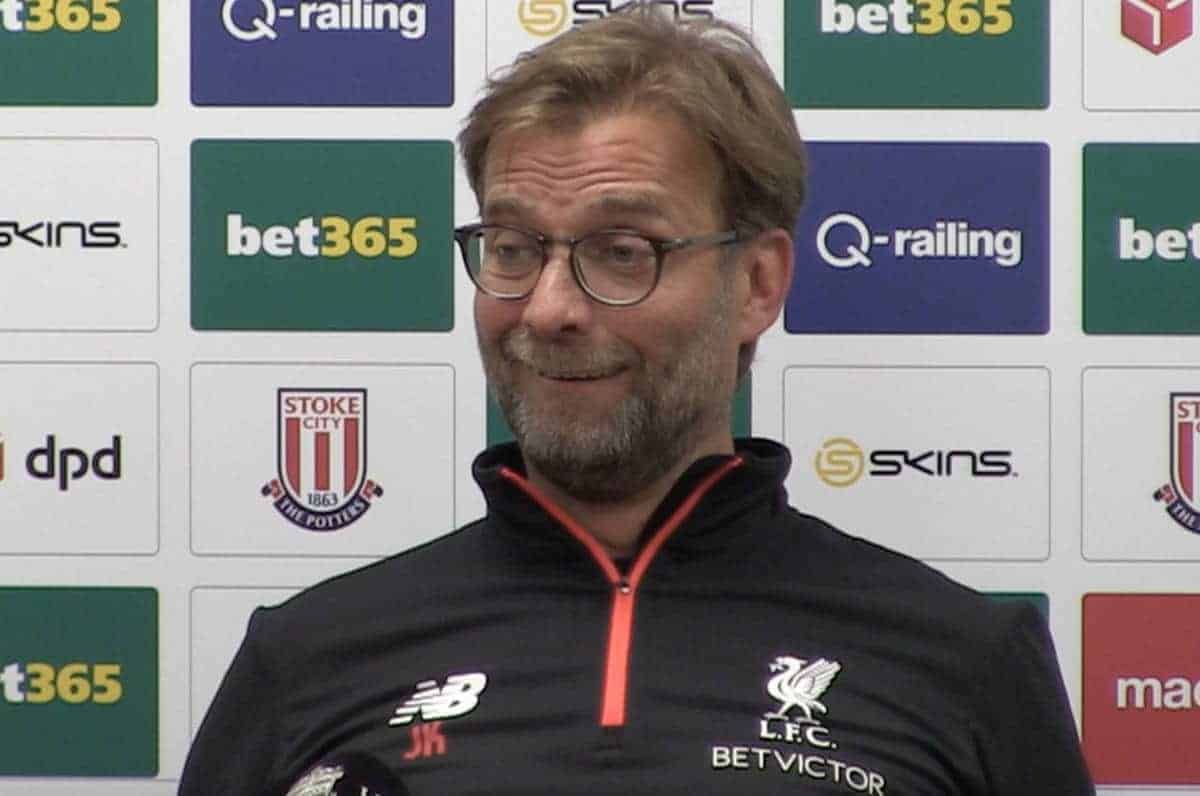 Stunning goals from Philippe Coutinho and Roberto Firmino sealed a dramatic comeback for the Reds, after Jonathan Walters had put the home side ahead in typical fashion.

And speaking to reporters after the game, Klopp reflected this, with the German finding a balance of joy and relief at the Britannia.

“Massive, it’s absolutely massive. That’s how it feels,” he enthused.

“We have won a few games this year, but this was really special.

“Today you could feel it immediately in the dressing room…immediately everybody was like, ‘that’s very important!’

Klopp also discussed the fitness of his match-winners, explaining that it would have been impossible to start them, while he reserved praise for teenagers Trent Alexander-Arnold and Ben Woodburn.

Simon Mignolet was also the subject of positive focus from the German, describing the Belgian’s late stop to deny Saido Berahino as “one of the best I’ve ever seen.”

Liverpool’s next test comes away to West Brom on April 16, with a week to prepare for another vital test.