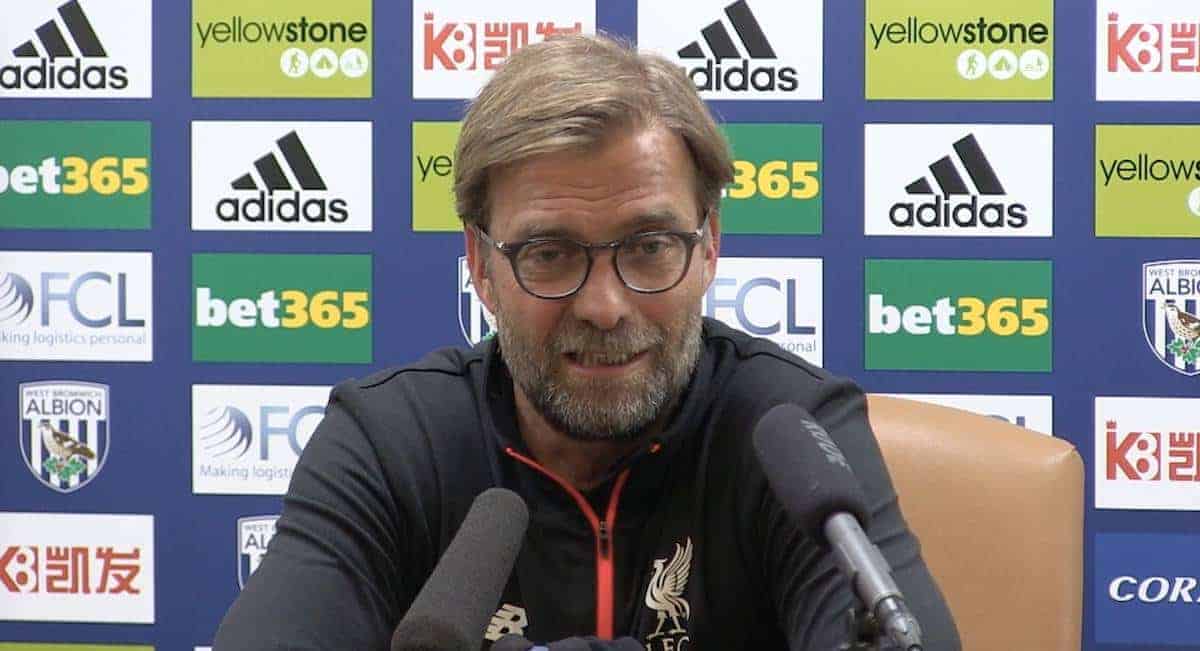 Watch Jurgen Klopp speak to the media after Liverpool’s vital 1-0 win at West Brom in the Premier League on Sunday.

The Reds took another step towards a top-four finish thanks to Roberto Firmino‘s headed goal from a set-piece just before half-time, and Klopp was understandably pleased to get a victory at the Hawthorns.

“It’s one of the most difficult places to go because you can’t feel comfortable in one moment of the game,” said Klopp – with Liverpool earning their first win at the Hawthorns since 2011.

Liverpool now have 66 points, more than their total for all but one of their last seven seasons.

“I don’t think we made crazy [celebrations],” said Klopp. “But we are very happy, three points today, so 66, that’s a wonderful number for the next six or seven days.

“And then we want to move onto 69. I really thought that the boys, in a really difficult game, did really well.”

The Reds host Crystal Palace at Anfield next Sunday afternoon.