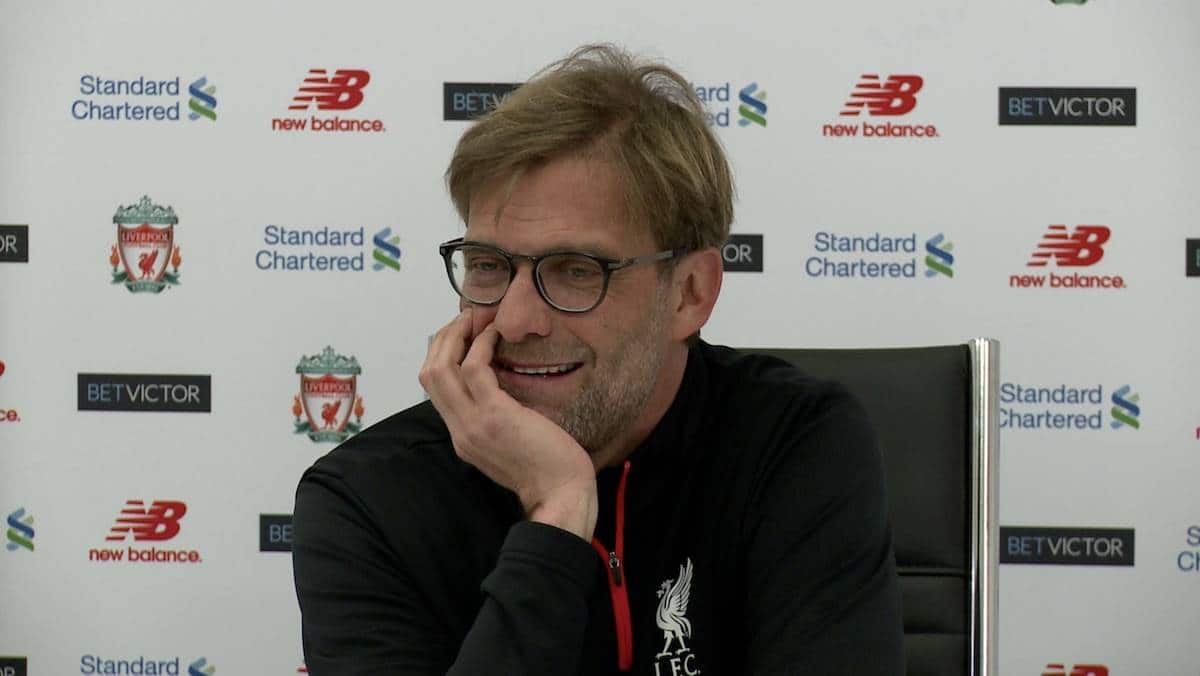 Watch as Jurgen Klopp speaks to the media ahead of Sunday’s Premier League match against Crystal Palace at Anfield.

The Reds entertain Sam Allardyce’s mid-table hopefuls in the first of their final five games of the season, looking to continue their fine unbeaten run.

Klopp spoke to reporters at Melwood on Thursday—strangely holding his pre-match press conference over three days before the game.

This saw him address a series of questions on Palace’s Liverpool loanee Mamadou Sakho, of which he naturally fended off, ignoring speculation of a possible summer return.

The German provided an injury update on his squad, suggesting Jordan Henderson‘s foot injury could keep him out for the rest of the season.

Joel Matip, Ragnar Klavan and Lucas Leiva were all revealed to be struggling with minor problems, while Adam Lallana‘s return to training will not see him feature on Sunday.

Klopp was more positive on the fitness of Roberto Firmino, however, while he served up an optimistic view on Danny Ings‘ recovery.

“Danny Ings, after a long time in the gym, is running,” he said. “He enjoys it a lot, but of course not even close to coming back.”

There was plenty of praise for Divock Origi, with Klopp urging him to “get consistency.”

Finally, the 49-year-old ruled out a summer move for Man City goalkeeper Joe Hart, but admitted targeting a new centre-back “would make sense.”