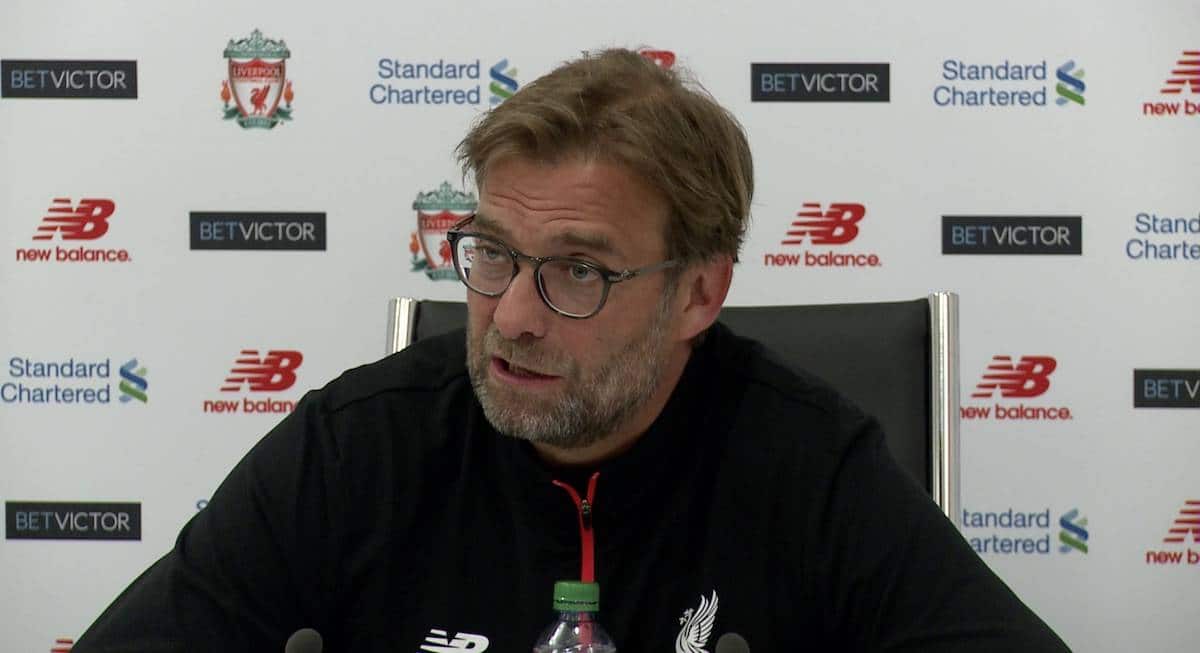 Watch Jurgen Klopp speak to the media ahead of Saturday’s Premier League match at Stoke City.

The Reds take on Mark Hughes’ side in a 3pm kickoff, looking to improve on their 2-2 midweek draw at home to another mid-table outfit, Bournemouth.

With such a quick turnaround between games this week, Klopp has attempted to inject positivity and momentum into the buildup, and this was reflected as he addressed reporters on Friday.

But the German revealed Liverpool are facing further setbacks, with injury news dominating the afternoon.

Klopp confirmed that Sadio Mane is likely to undergo surgery on his knee, saying “we’re not 100 percent when it will happen, but yes, it’s clear: season over.”

Furthermore, Jordan Henderson (foot) and Adam Lallana (thigh) are also out, while Philippe Coutinho (illness) is a doubt.

The 49-year-old did reveal that Daniel Sturridge had suffered “no more issues” and is fit to feature, however, as the treatment room’s revolving door continues.

“I can’t remember the last time I had everybody available, everybody fit. My thoughts are only about the players I can involve,” he said.

“[But] having too many players is not good for the squad as it kills the development.”

Saturday will certainly provide a major test of Klopp’s ranks, with a clutch of peripheral figures expected to feature.

And with just seven games left to play as Liverpool seek to finish in the top four, a victory in Staffordshire is vital.