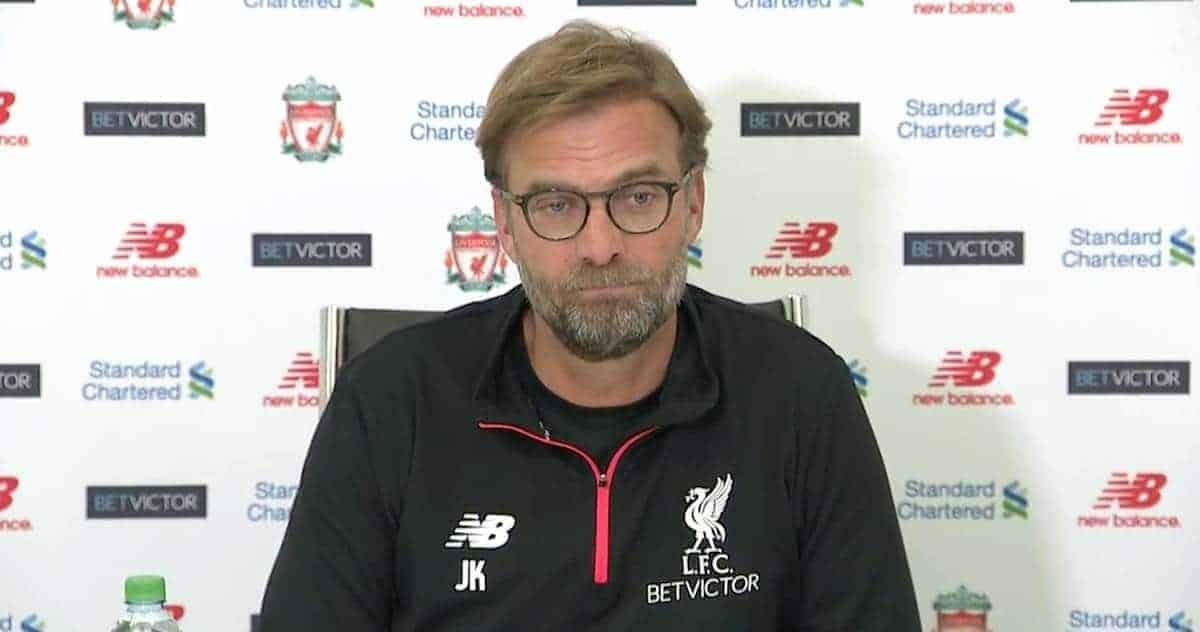 The press conference began with questions relating to the incident involving Klopp’s former side Borussia Dortmund this week, with the Reds boss saying he was proud of how the German side handled the situation.

“I am pretty sure if the people making the decision had been on the bus, they would not have made the decision to play the game [last night],” he said.

There was an injury update, with Jordan Henderson and Adam Lallana ruled out of not only this game, but also next week’s against Crystal Palace at Anfield.

On opponents West Brom, Klopp said: “We know about their qualities, their style, they have a lot of experience.”

The manager spoke about the full week of training meaning they are fully prepared for Sunday and aiming to “go there and we want to show again we have big targets this season.”

The manager also confirmed that Steven Gerrard will be promoted to coach a youth team at the Reds’ academy next season.