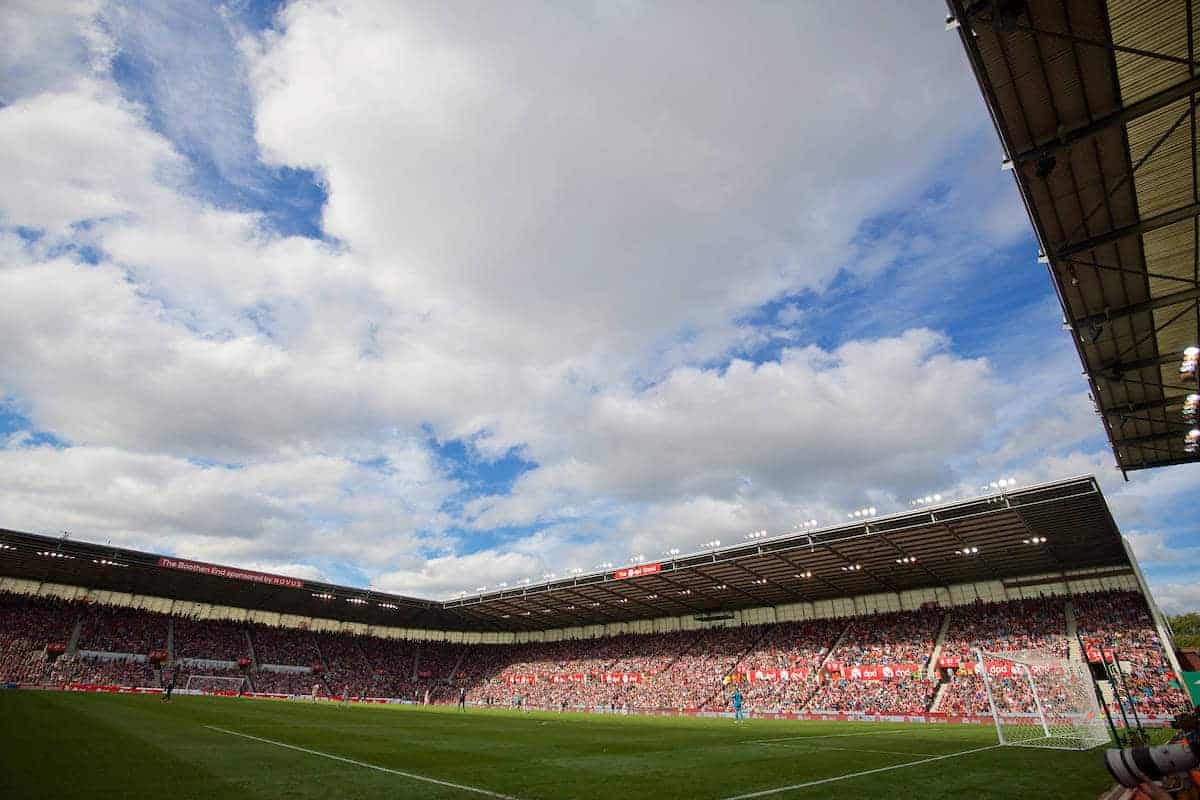 Here’s how to watch Stoke City vs. Liverpool in the Premier League live online and around the world on Saturday afternoon.

Joshua King’s late strike to rescue a point for Bournemouth at Anfield on Wednesday night dealt a blow to Liverpool‘s top four aspirations, but Jurgen Klopp‘s side can add further distance between themselves in third and fourth placed Manchester City this weekend.

With City hosting Hull and fellow top four contenders Arsenal and Man United at relegation strugglers Crystal Palace and Sunderland respectively, a win at the Britannia Stadium seems very necessary for the Reds.

While Stoke are a team who could certainly frustrate Liverpool, their Saturday afternoon clash comes after a poor run of form for the Potters. Mark Hughes’ team have lost their last three games to Burnley, Leicester City and Chelsea.

Liverpool ran out 4-1 winners in the reverse of this fixture at Anfield back in December. Goals from Adam Lallana, Roberto Firmino, a Giannelli Imbula own goal and Daniel Sturridge sunk the visitors.

Stoke vs. Liverpool is not being televised in the UK. The best way to keep up to date with the match is on the This Is Anfield app for iPhone and Android, where there’ll be team news, a live blog and match reaction. It’s free to download here.

Stoke vs. Liverpool is being shown live on NBC SN in the US, which is available to live stream with FuboTV.