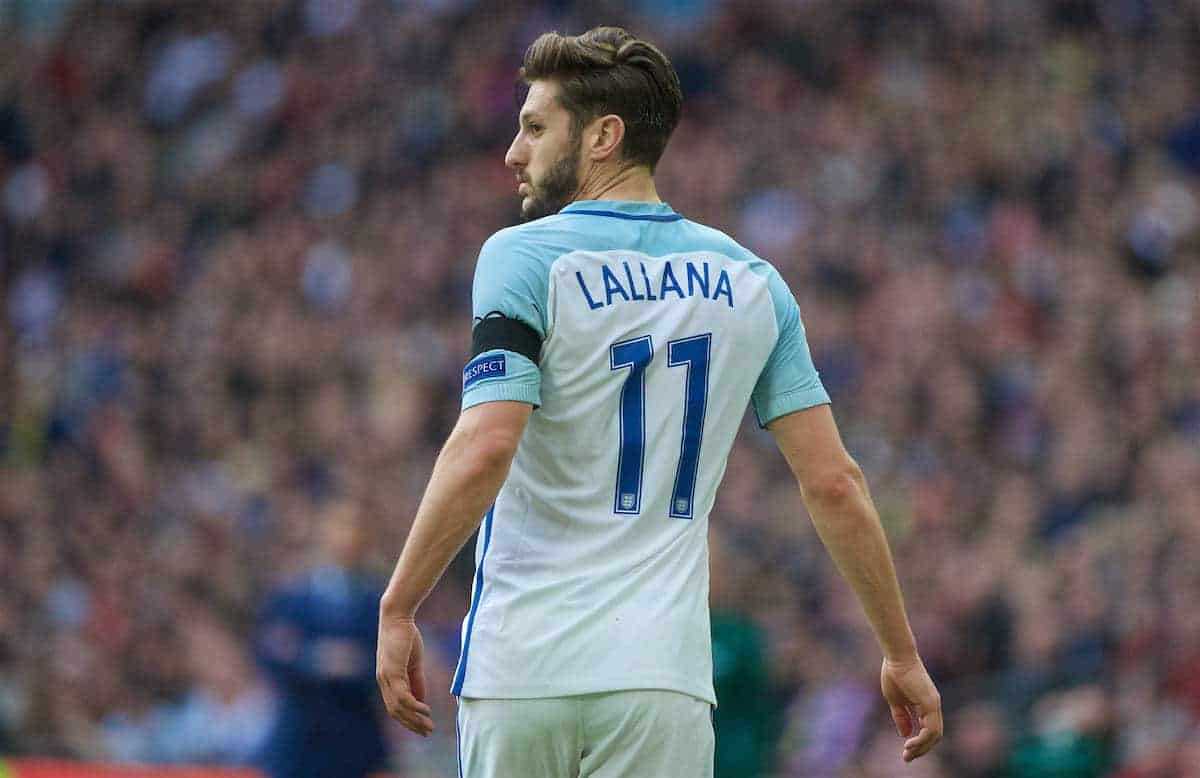 Nathaniel Clyne and Adam Lallana are named in the England squad for their games against Scotland and France in June.

Gareth Southgate’s side take on Scotland on June 10 in a World Cup qualifier, then play France on June 13 in a friendly.

There’s Daniel Sturridge in the squad, with the striker set to undergo an injection on a long-running hip injury once the squad return from Australia on Friday.

Jordan Henderson, who hasn’t played since February, is also not included.

Lallana has been a key player for England in the last year, while Clyne will vie with Spurs’ Kyle Walker at right-back.