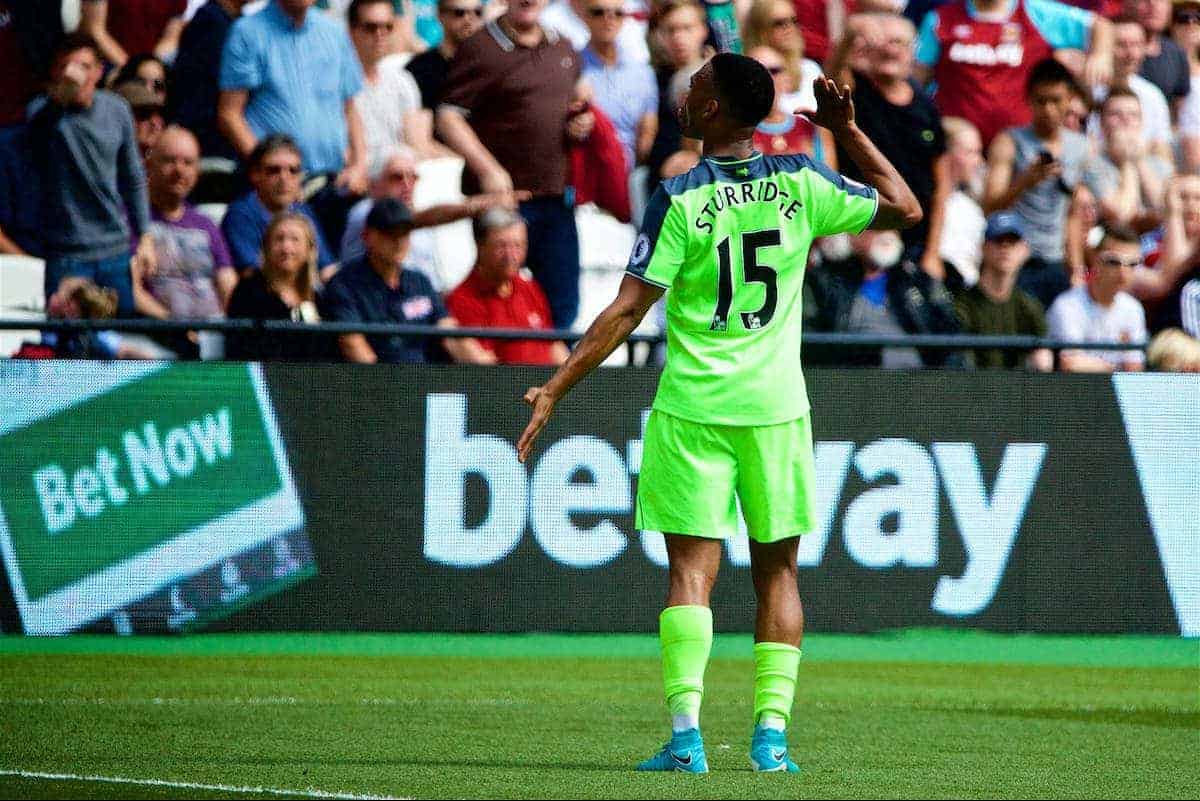 Daniel Sturridge was pleased to play his part as Liverpool moved to the brink of Champions League qualification with a 4-0 thrashing of West Ham.

Regardless of what Arsenal manage in their last two games, Liverpool will finish in the top four if they beat relegated Middlesbrough at Anfield next Sunday.

West Ham were meant to be the toughest test remaining for Jurgen Klopp‘s men but Liverpool ripped the Hammers apart at the London Stadium.

Sturridge, making his first Premier League start since January, slotted the visitors into a first-half lead before Andre Ayew somehow hit the post from two yards after being presented with an open goal.

And Ayew’s miss was severely punished as Philippe Coutinho profited from some woeful West Ham defending to bag a brace before Divock Origi added a fourth.

Sturridge told Sky Sports: “It’s important for everyone at the club (to finish in the top four).

“I’m glad to be starting and glad to be providing some chances for the boys. It’s a great victory for us.

“I think we’ve been good the last few weeks but maybe should have taken some more points in some of the games.

“It was an important game for us. We rose to the occasion. We showed what we are about today. We worked hard. We kept the ball well. We did everything the manager asked of us.”