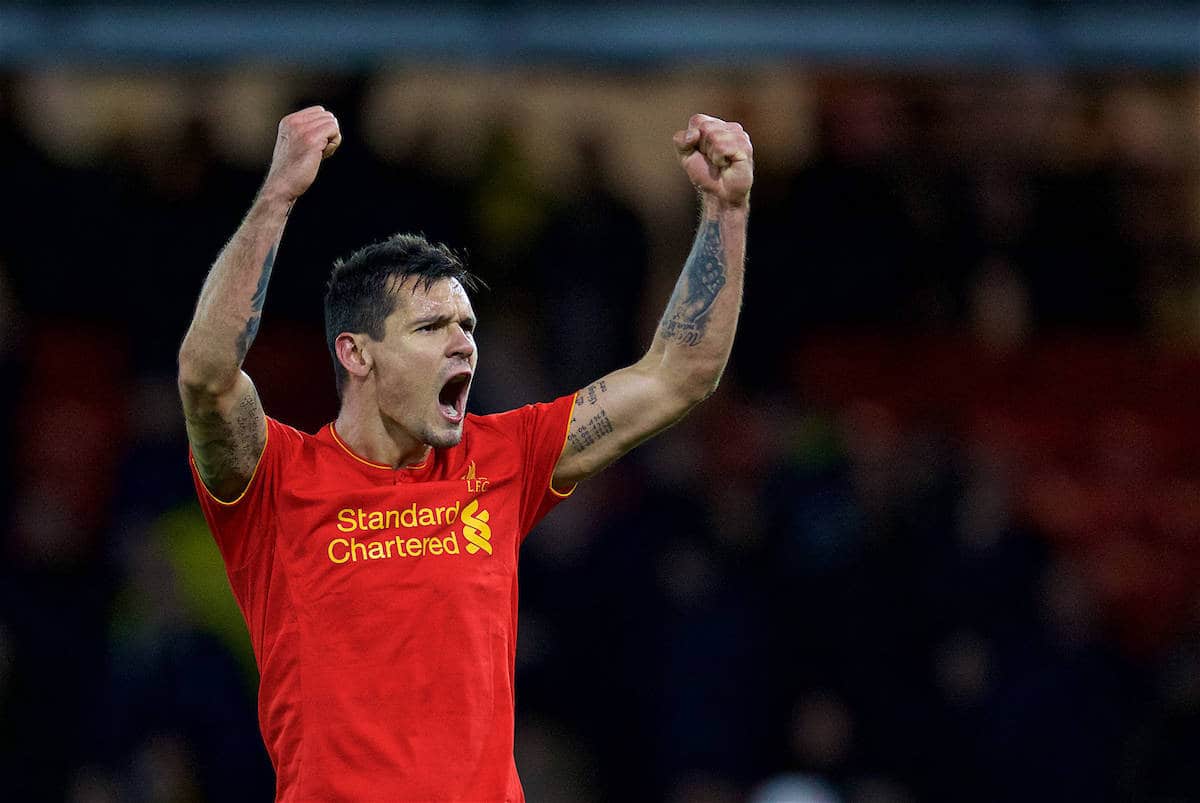 Dejan Lovren has been named the ninth best centre-back in Europe’s top-five leagues, despite a hit-and-miss season at the back for Liverpool.

Lovren is in his third campaign with the Reds, and made his 100th appearance for the club in January’s 1-1 draw at home to Chelsea in the Premier League.

Rewarded with a new four-year, £100,000-a-week contract in April, with the option to extend for a further season, Lovren has cemented himself as a key player for Jurgen Klopp.

“He is an outstanding defender and someone who, I believe, still has his best times to come as a player,” the German said on Lovren’s renewal.

“He has all the assets a top centre-half needs in the modern game.”

Still, there remain considerable doubts over the 27-year-old’s all-round quality, and his role as one of Liverpool’s first-choice centre-backs.

This makes Lovren’s inclusion in the CIES Football Observatory‘s top 10 centre-backs for the 2016/17 a bemusing development, with the Croatia international named at No. 9.

The ranking only considers those who have played 2,000 or more minutes in the Premier League, Bundesliga, La Liga, Serie A and Ligue 1, on “an objective and comparable” basis.

Two other Liverpool players make the top 10 for their respective positions, with James Milner remarkably considered the fourth-best full-back in Europe.

As a result, Lovren, Milner and Coutinho have all made the CIES Football Observatory’s Premier League Team of the Season:

None made the more considered selections of Sky Sports‘ Jamie Carragher or Gary Neville, who revealed their Team of the Season on Monday Night Football.

No Liverpool players made either, with both Carragher and Neville including Cesar Azplicueta, David Luiz and Toby Alderweireld, and the latter naming Danny Rose as 2016/17’s best left-back.

Even from a Reds’ perspective, it would be difficult to agree with CIES’ “objective” view on Lovren and Milner this season.