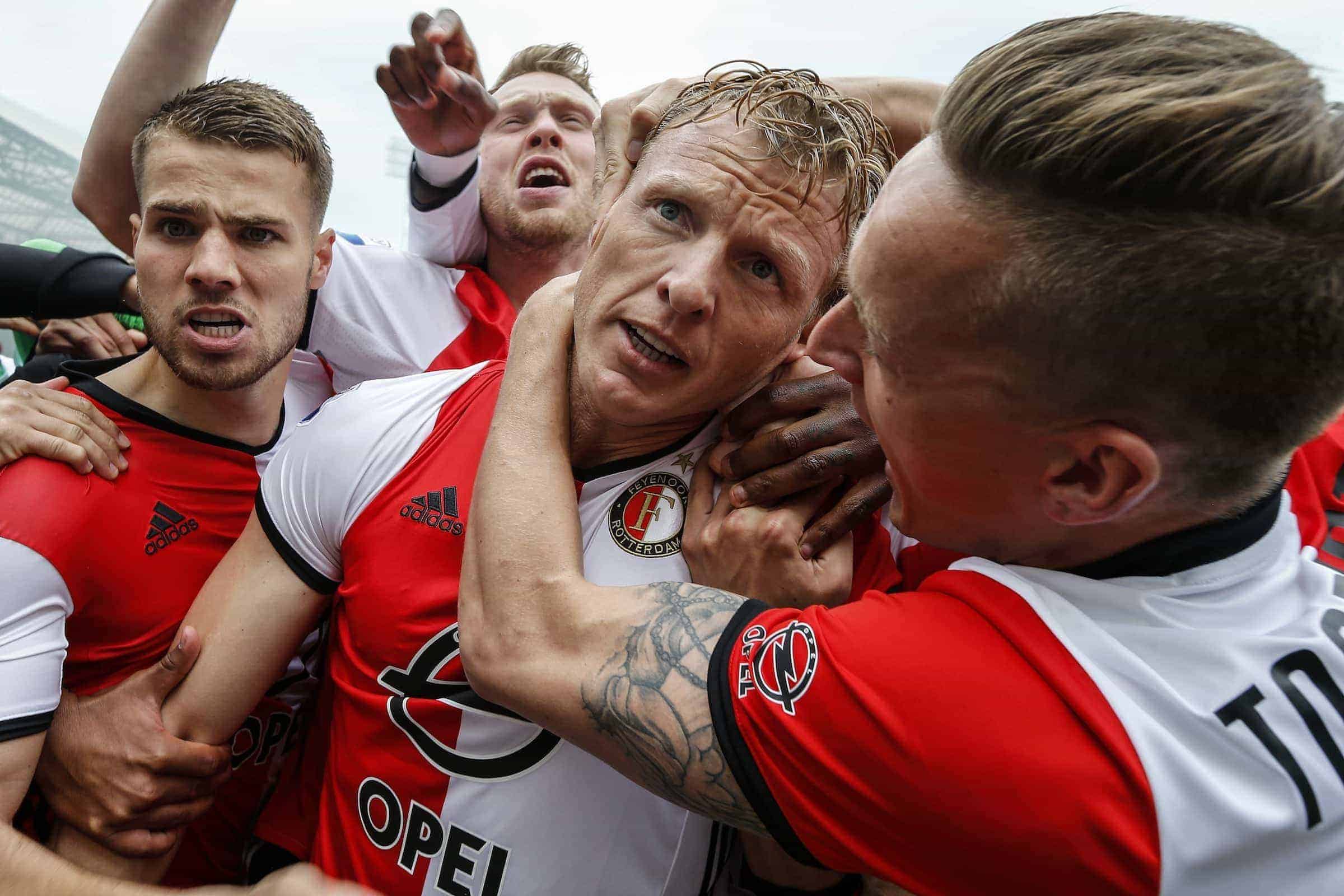 Kuyt scored a hat-trick on the final day of the season to seal a 3-1 win at home to Heracles, with Feyenoord finishing a point above Ajax.

The Rotterdam club haven’t won the title since the turn of the century, with Kuyt’s return after nine years away providing the boost they needed.

He has brought the same energy, consistency and cutting edge Liverpool supporters came to value during his time at Anfield, as well as a strong leadership on and off the pitch.

And speaking after lifting the Eredivisie title on Sunday, Kuyt’s quotes on the transformation Feyenoord have undergone proved the mentality required to succeed.

“I knew when I came back two years ago that we could win the championship and everyone laughed at me when I said so,” he said, having left Feyenoord for the Reds in 2006.

“When Feyenoord were in the top half of the league everyone used to celebrate. When we drew 1-1 with Ajax people were dancing on the table.

“That shouldn’t happen—you should only be satisfied when you are winning trophies.”

Kuyt left Liverpool in 2012, when the newly appointed Brendan Rodgers prompted an overhaul of the Reds’ ageing squad.

He departed for Turkish side Fenerbahce, with Maxi Rodriguez and Craig Bellamy also leaving in the same summer, as the likes of Nuri Sahin, Oussama Assaidi and Fabio Borini arrived.

The Reds have certainly lacked that top-level experience since that period, with Fenway Sports Group’s ownership shifting towards youth and value.

But what Liverpool have also lacked is that winning mentality, particularly following the sale of Luis Suarez to Barcelona in 2014, and Steven Gerrard’s move to LA Galaxy in 2015.

Having not won a trophy since Kuyt left, last succeeding in the League Cup in his last season on Merseyside, it is clear this never-say-die attitude has been missed.

While a 36-year-old Kuyt is unlikely to have been a solution, this is the quality that Jurgen Klopp is in most need of in the upcoming summer transfer window.

Would Liverpool have failed in the Europa League final last season, for example, if Klopp could call upon more players of Kuyt’s ilk? It seems unlikely.