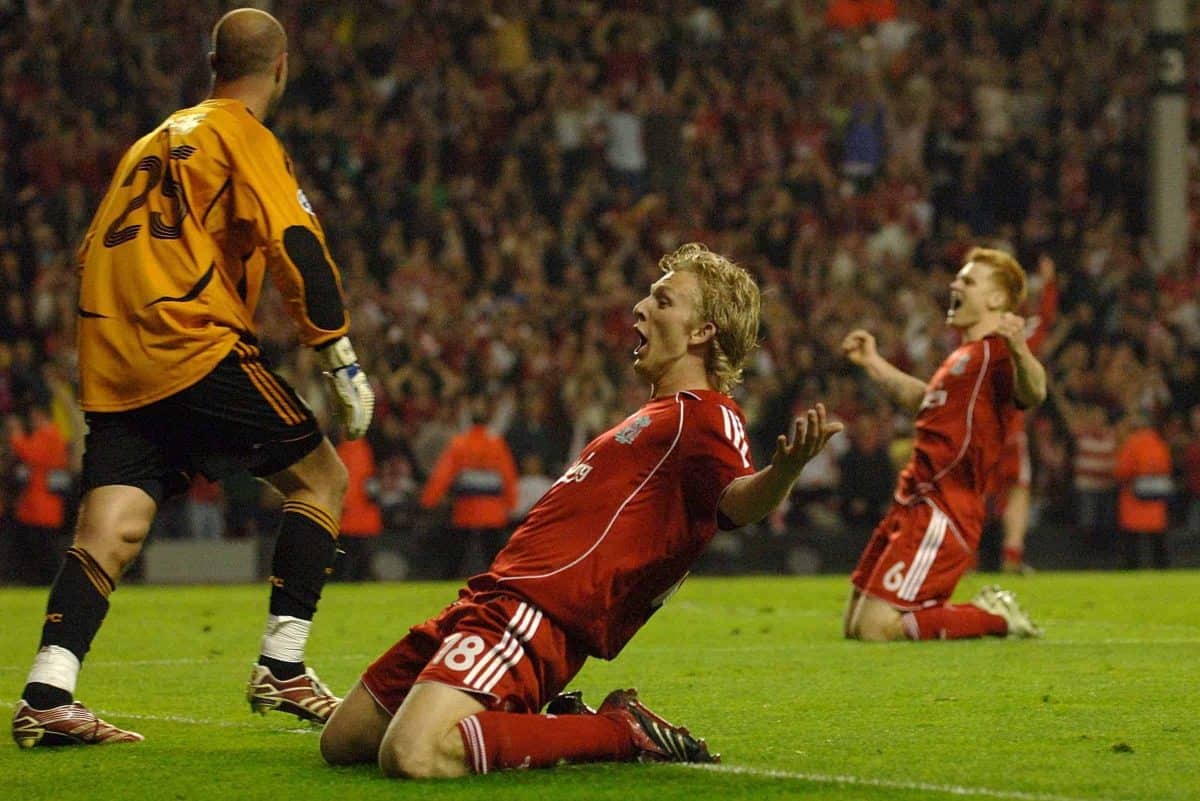 On this day 10 years ago, Liverpool beat Chelsea on penalties in the Champions League semi-final second leg at Anfield, with Dirk Kuyt scoring the winning penalty in the shootout.

Rafa Benitez’s side won 1-0 on the night thanks to Daniel Agger’s early goal, meaning it ended 1-1 on aggregate.

With Pepe Reina saving spot-kicks from Arjen Robben and Geremi – and Bolo Zenden, Xabi Alonso and Steven Gerrard scoring for the Reds while Rafa sat cross-legged by the dugout – Kuyt had the chance to complete the job and send Liverpool to a second European Cup final in three years.

The Dutchman spoke to FourFourTwo magazine recently about the night:

“It was actually all a bit of a haze, as it was such an incredible, nerve-wracking game. I remember scoring in extra time – a goal which would have decided the tie – but it was wrongly disallowed. During the penalty shootout I was focused on trying to reach the final.

“It then became apparent that I could decide the game with our fourth kick. I can still hear the noise in the stadium after slotting the ball home. It was one of my most special nights at Anfield. European matches were all fantastic experiences – and I also remember incredible games against Barcelona and Real Madrid.

“We came across Chelsea so many times in that era – there was never really a dull game. It was in the time of Jose Mourinho, who always likes to add some fuel to the fire. There was also a last-eight tie in 2009, when Guus Hiddink was at Chelsea. We lost 3-1 at home, but at Stamford Bridge, we got involved in this crazy game that ended 4-4. It swung one way and the the other. The thing with Liverpool, particularly at that time, was that we were a machine and never gave up.”