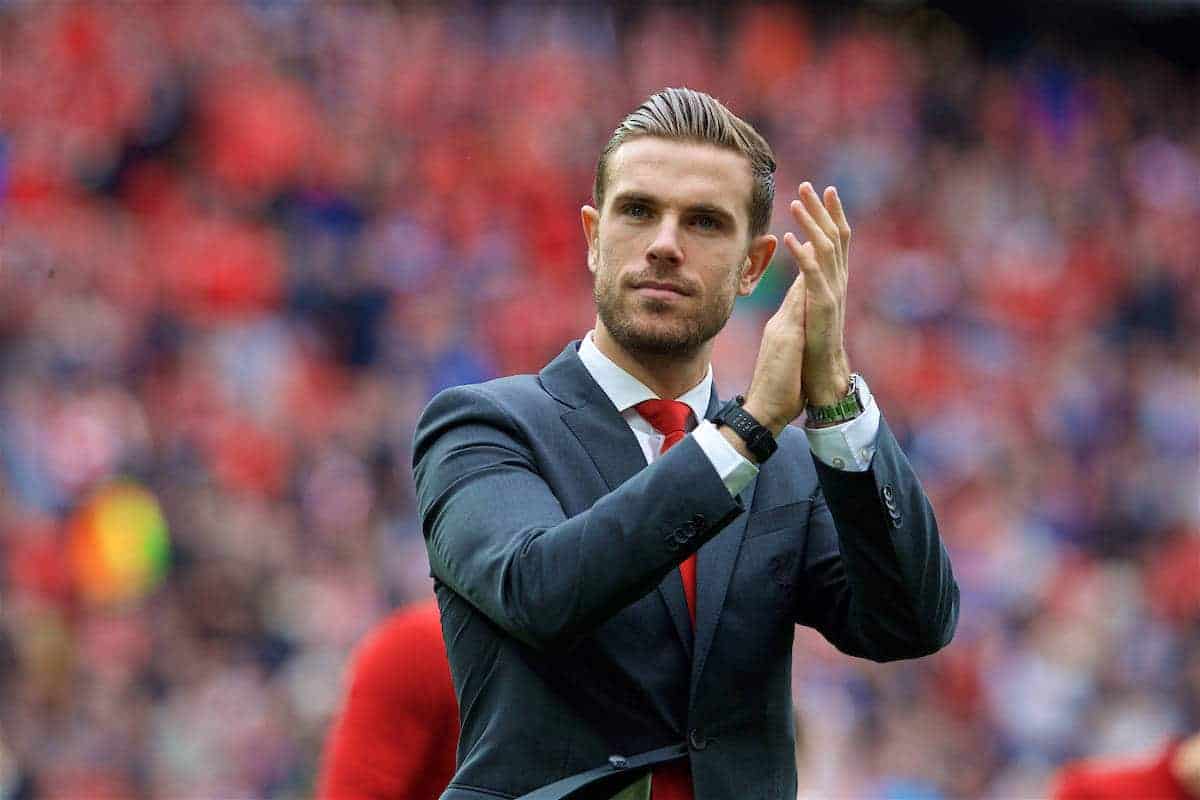 Jordan Henderson has provided an update on the foot injury that kept him out for the final three months of the season, confident he can return soon.

The Liverpool captain was initially ruled out with minor bruising, but this has snowballed into a long-term absence stretching from February to May.

Henderson had been in exceptional form in the first half of the season, with his injury a major blow to the Reds’ hopes, but they ultimately clinched a fourth-placed finish without him.

Speaking after his side secured a 3-0 win at home to Middlesbrough on the final day of the season, Henderson was in positive spirits.

And looking ahead to Liverpool’s pre-season preparations, the midfielder was optimistic of returning by July.

“I feel probably the best I’ve felt in terms of throughout my injuries so far.

“It’s a little bit too late now the season’s finished, but I’ve got all summer to get back to where I want to be.

“So come pre-season, I should be OK.”

Goals from Georginio Wijnaldum, Philippe Coutinho and Adam Lallana sealed the three points at Anfield, with Liverpool booking their Champions League place at the expense of Arsenal.

Klopp’s side will still need to contend with a playoff clash in mid-August, but their season’s toll was rewarded with a return to Europe’s elite.

Watching on from the stands, Henderson was impressed with Coutinho’s influence, as well as the all-round quality and determination of his team-mates in a crucial clash.

“Phil was brilliant again. He scored a couple of good goals last week, but his free-kick was brilliant,” he added.

“But not only him, you can’t pick one or two: the whole team, again, were brilliant from start to finish.

“It could have been tense, but I felt as though they kept their composure, stayed confident and in the end it was very comfortable.”

Henderson has not travelled for Liverpool’s post-season friendly against Sydney FC, instead remaining on Merseyside to continue rehabilitation.

He is unlikely to be called up by England manager Gareth Southgate for next month’s clashes with Scotland and France, with a view to making his comeback for the Reds as soon as possible.