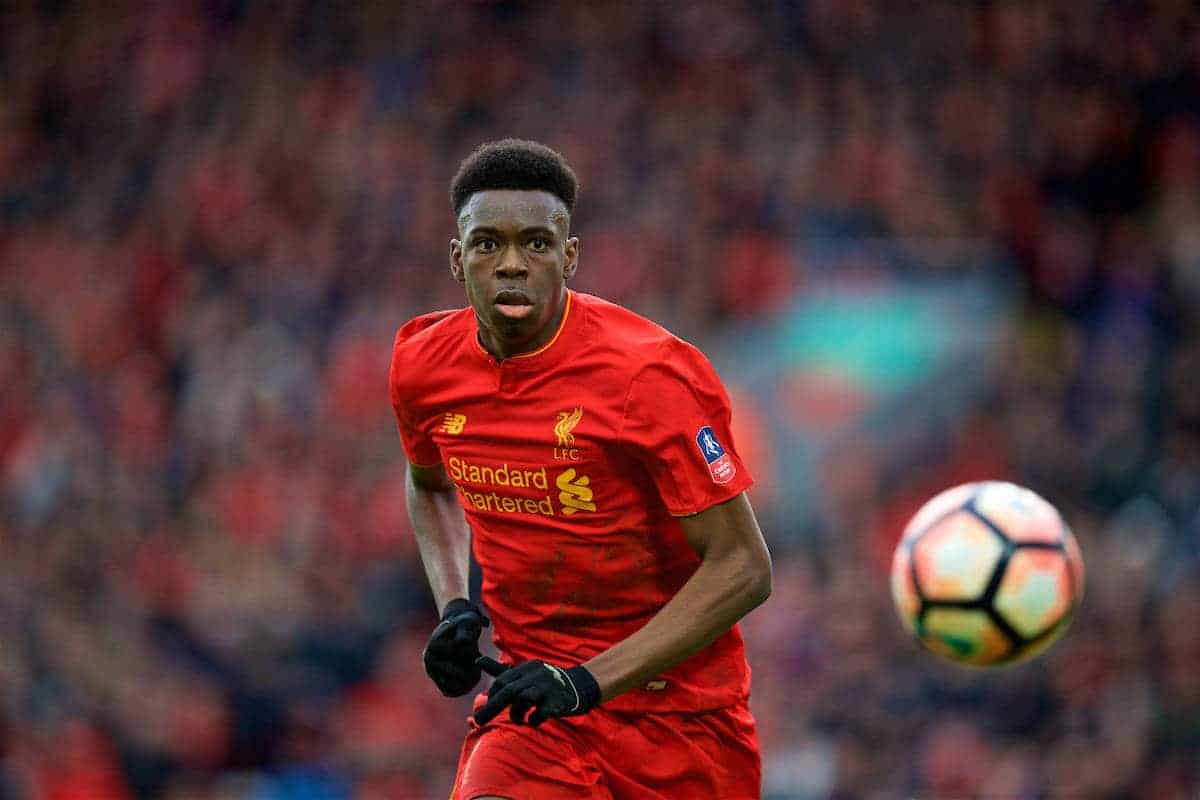 Liverpool U23s duo Ovie Ejaria and Sheyi Ojo have both been named in Paul Simpson’s England squad for the upcoming U20s World Cup in South Korea.

The Young Lions head to Asia this month as they compete for international glory, with Simpson naming his 21-man squad on Monday afternoon.

Both Ejaria and Ojo have been called up, despite both suffering injury-plagued campaigns, with neither turning out for the Liverpool first team since January.

They will both be hoping to feature regularly in South Korea, however, helping England in their battle for the World Cup.

The U20s will meet up at St George’s Park on Monday afternoon, before flying out to Japan on Tuesday, for a six-day training camp before the tournament.

Their first World Cup clash comes against Argentina on May 20, then taking on Guinea on May 23 and rounding off their Group A fixtures against the Korea Republic on May 26.

Simpson will be hoping for a strong performance from his side in South Korea, with the U20s in excellent form on the road to the World Cup.

Ejaria is a recent addition to the U20s group, and scored in a 2-1 defeat to South Korea in November, having opted against representing Nigeria.

Ojo was part of the England U19s squad for last summer’s European Championship in Germany, with the winger helping seal qualification for the U20 World Cup by reaching the semi-finals.

His involvement for the U19s ultimately hampering his progress this season, however, with a busy summer seeing Ojo suffer a back injury after joining the Reds for their pre-season tour of the US.

The 19-year-old has made just two senior appearances this term, both in the FA Cup, and has failed to make the substitutes’ bench for any of Liverpool’s 36 Premier League games.

Neither Ejaria or Ojo will add to their outings for the Reds this season, nor will they be available for the post-season friendly away to Sydney FC on May 24.

The World Cup is scheduled to end on June 11, however, and they can hope to then link up with Klopp’s squad for summer preparations.

Trent Alexander-Arnold will not take part in the U19 Euros in Georgia, however, with the 18-year-old pulling out as Jurgen Klopp plans for 2017/18.