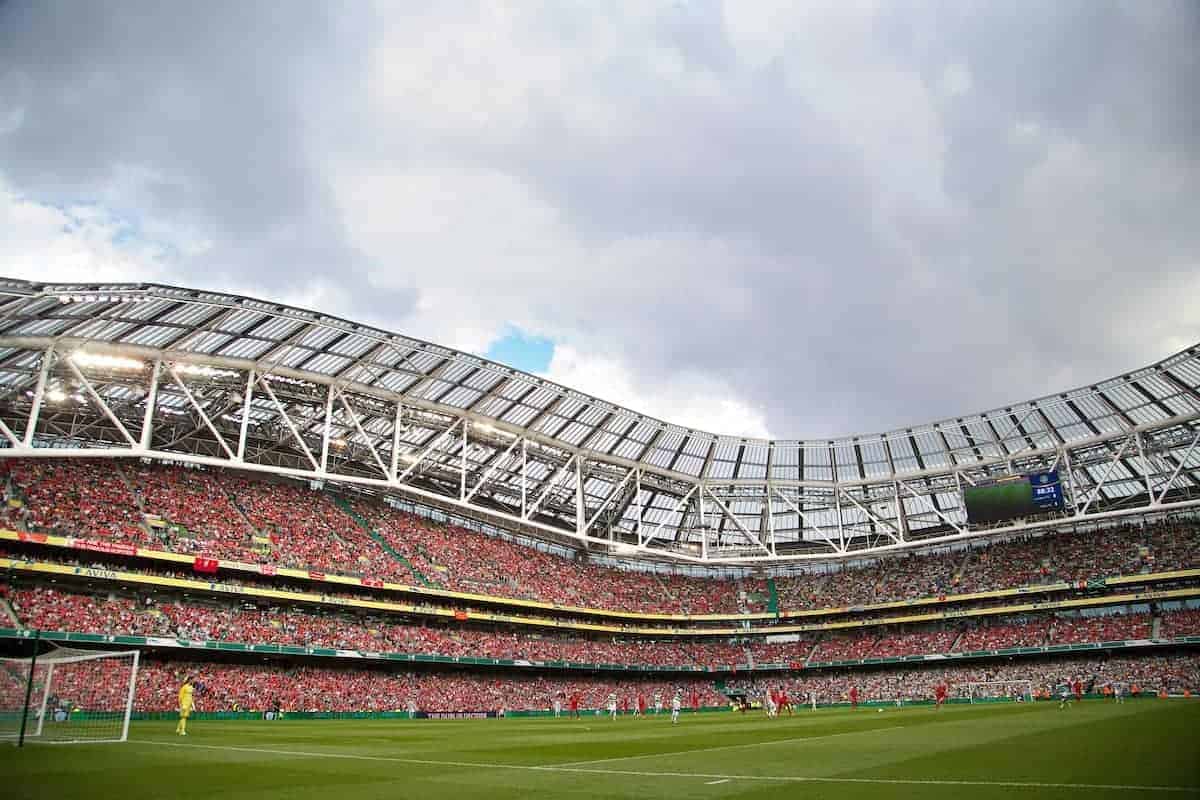 Liverpool are expected to announce a pre-season friendly against Spanish side Athletic Bilbao in Dublin this summer.

The match is due to be played on August 5, providing Jurgen Klopp‘s side with a final warm-up before the season kicks off the following weekend.

Due to be played at the 51,700 seater Aviva Stadium, it would see the Reds face the Basque side who finished seventh in La Liga last season.

Liverpool played at the Aviva Stadium twice in 2013/14 – once in pre-season, against Celtic, and once in a post-season friendly against Shamrock Rovers.

If confirmed, it will mean no home friendly at Anfield for a third summer in a row. This had become a tradition but the Main Stand expansion meant this wasn’t possible the last two years.

With over 40 smaller projects at Anfield this summer – including a slight expansion of the Kop, new disabled seating areas, and a new pitch being laid – it appears that a home friendly has again not been possible.

The last Anfield pre-season friendly was against Borussia Dortmund in 2014.

Domestic friendlies closer to home in July are expected to be announced next week.

The Reds are to hold a training camp in Germany, set to be in the scenic area of Rottach-Egern in Bavaria, 35 miles south of Munich. Klopp previously took his Dortmund squad there in pre-season in 2010.

Summer dates for the diary