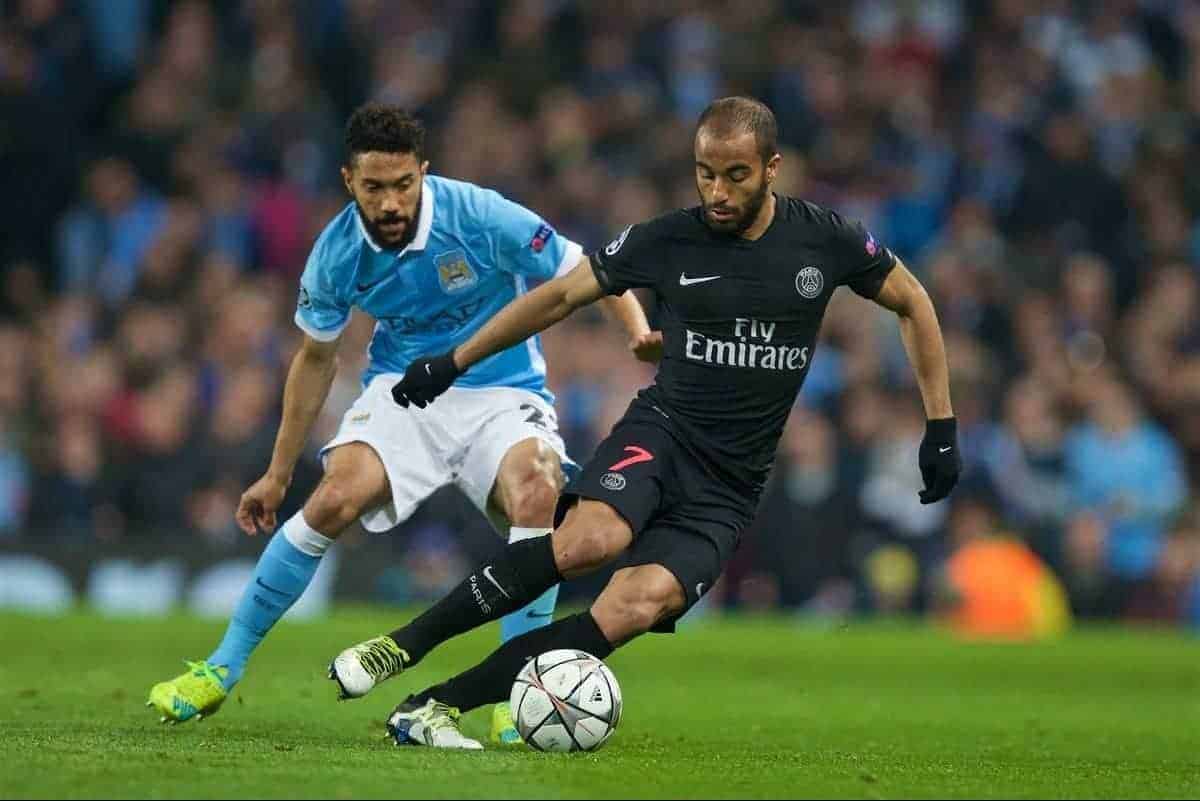 Paris Saint-Germain winger Lucas Moura is believed to be considering his options ahead of the summer, with Liverpool said to be ready to swoop.

Lucas joined PSG from Sao Paulo in 2013, and has been a first-team regular at the Parc des Princes since, scoring 42 goals and assisting 52 in 230 games.

But next season could be a game-changer for the 24-year-old, with PSG touted with a move for Arsenal forward Alexis Sanchez.

This would add to the competition already facing him in Paris, with Julian Draxler’s January arrival already heaping the pressure on the winger.

According to French paper L’Equipe, while PSG are not actively seeking to sell Lucas, they would not be against a big-money deal.

And Liverpool are named alongside Atletico Madrid as one of “two contenders” for Lucas’ signature, with no indication as to who is the frontrunner at this stage.

Jurgen Klopp is looking to add to his wide ranks ahead of 2017/18, to provide support for his sole senior option, Sadio Mane, who is currently sidelined with a knee injury.

And with Philippe Coutinho, Roberto Firmino, Lucas Leiva and Allan Rodrigues already at the club, Lucas could add to Liverpool’s strong Brazilian contingent.

If Liverpool are to compete with clubs of Atletico’s ilk this summer, qualifying for next season’s Champions League is essential.

The Reds still have three games left to play before that is certain, but are currently in the driver’s seat, ahead of Man City, Man United and Arsenal in third.

Lucas would be the calibre of player required for Liverpool to challenge among Europe’s elite, and his ability to play on either wing would be a valuable asset.

Atletico are already established as one of Europe’s top sides, however, having reached the semi-finals of this season’s Champions League, and could be a more attractive destination.

For many South American players, La Liga is the top league in world football, with Luis Suarez’s move to Barcelona in 2014 a clear example of this.

This could give Atletico an advantage in negotiations, but Liverpool would still be hopeful, given the success of Coutinho and Firmino on Merseyside.

If L’Equipe are to be believed, which still remains to be seen, Lucas would be an excellent signing for the Reds.

His pace, precision and versatility would be perfectly suited to Klopp’s attacking line, which is in desperate need of reinforcement ahead of a busy campaign in 2017/18.